"According to TMZ, which first reported the news, Saint Dog's friend found the star struggling to breathe in a bedroom and called 911 for help. An autopsy will be performed to determine Saint Dog's cause of death, which is being investigated by the sheriff's department."

"Saint Dog's management announced his passing via his Instagram page on Wednesday. 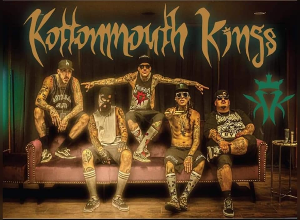 Many of his former bandmates paid tribute to the artist on Instagram, including D-Loc, Richter, and DJ Bobby B.

"D-Loc announced he formed P.T.B. Records and that a new Kottonmouth Kings album,
titled "25 to Life"

"Your memories will never fade to black and Your voice will always be with us. A true legend on the mic when he bust," D-Loc wrote. "My teacher when it came to this rapping He wrote the first songs. Bump and so high and I packed a bong. We took a trip to Hollywood and got a record deal. Beatboxing in the club flexing mad skills. Broke as a joke scraping resin no green. Big plans big dream’s just kids we started Kottonmouth King’s. Rest in peace and pay respect to the original the king of all kings. SAINT DOG"

In December of 2020, D-Loc announced he formed P.T.B. Records and that a new Kottonmouth Kings album, titled "25 to Life". The album was released in April.