This weekend Benito Antonio Martínez Ocasio aka Bad Bunny is in the Bayou City at Toyota Center. On the heels of his highly-successful tour, the GRAMMY-nominated rapper-songwriter and Latin music’s /“King of Trap,” has added new dates to his X100PRE Tour. Houston is one of the additional stops.

Remezcla.com is reporting, "Bad Bunny is giving the people something they didn’t even know they needed this holiday season: A Christmas postcard with original artwork that looks like it was designed by a kindergartener — but we’re not mad at it. Bad Bunny named his creation “Navidad X 100PRE,” and it features Los Reyes on a boat in the middle of the ocean, flanked by palm trees strung up with Christmas lights (of course). The best news? If you live in Puerto Rico, you can buy your own reproduction of the painting on postcards sold at Pollo Tropical, Krispy Kreme, Church’s Chicken, and Baskin-Robbins across the island."

"If loving Conejo Malo isn’t enough reason to buy, know that he painted his ~masterpiece~ for charity. All proceeds from the postcards will go toward Puerto Rico’s Instituto Psicopedagógico, which has housed and provided services to youth and young adults with intellectual disabilities since 1949. The cost to purchase the postcard is only $1.00, and every dollar will go toward supporting the 120+ people who live at the Institute.

“The best way to celebrate Christmas is to lend a hand to those who need it. I want to be there for my people, just as they have been there for me, and give them the happiness they deserve so much,” Bad Bunny shared in a press release."

Bad Bunny is known for being a Latin trap and reggaeton singer. Reggaeton originated in Puerto Rico in the 1990s and is a style 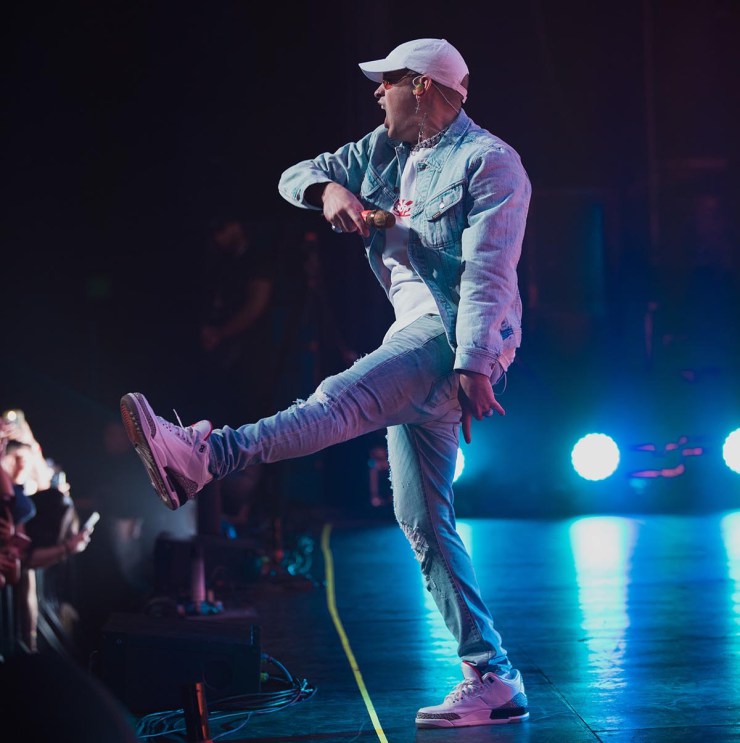 of music heavily influenced by American hip hop, as well as Latin American and Caribbean music.

The high energy tour has received praise from critics, with reviews highlighting the 360-degree mappable LED stage that gives his audience views of him from any point in the arena, videos that give a deeper glimpse into his journey of becoming Bad Bunny, and surprise performances from some of Latin music’s hottest artists.