Rawlings can currently be seen on season 2 of the hit Netflix series: The Degenerates and on his brand-new Podcast: The Donnell Rawlings. He also just shot a role in “The Jay and Silent Bob Reboot” film and is starring opposite Kevin Smith in “Hollyweed.”

"He has appeared on “The New Negroes” for Comedy Central, on Netflix in “Historical Roasts with Jeff Ross” and is recurring on the new Emmy Nominated series “It’s Bruno.”

He has appeared on “The New Negroes” for Comedy Central, on Netflix in “Historical Roasts with Jeff Ross” and is recurring on the new Emmy Nominated series “It’s Bruno.” Rawlings was on The Joe Rogan Experience Podcast and was featured on TBS’s “The Last OG” with Tracy Morgan. Donnell hosted his own show as Judge Rawlings on MTV2’s “Guy Court” and was also a cast member on MTV2’s “Guy Code.”

Donnell showed his range and opened up about his life as a new father in the first season of TLC’s hit show “Project Dad.”

The comedian continues traveling the globe performing alongside Dave Chappelle where he broke out as "Ashy Larry" on "Chappelle’s Show" for Comedy Central.

Jamie Foxx leads an all-star cast in this hilarious, heart-filled adventure. Pixar’s SOUL introduces Joe, who lands the gig of his life at the best jazz club in town. But one misstep lands Joe in a fantastical place: The Great Before. There, he teams up with soul 22 (Tina Fey), and together they find the answers to some of life’s biggest questions. 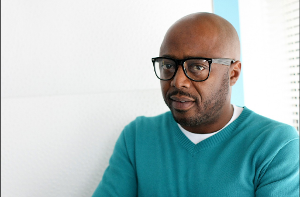