The big voice of New Orleans' Big Freedia with The Suffers make their way to LiveNation's House of Blues this weekend. (Friday, January 17, 2020) Freddie Ross aka Big Freedia has been wowing her audiences for years since her beginning in the Crescent City during the 90's.

Known as the Queen of Bounce music, Big Freedia is New Orleans-based hip-hop artist and worldwide ambassador of bounce music says her web biography. After a series of cult hit singles during the mid-2000’s, she was tapped for a reality show, Big Freedia Bounces Back on Fuse TV. The docuseries followed the life of a choirboy turned bounce rapper and remains the highest rated original series on the network.
. . .more Big Freedia click here 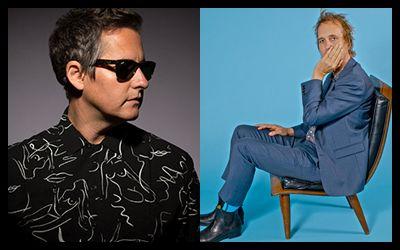 You don’t have to work hard to enjoy Rouse’s music. His songs present themselves to you with an open heart, an innate intelligence and an absolute lack of pretension. They are clear-eyed, empathetic and penetrating. Without pandering, they seek to satisfy both your ear and your understanding. The verses draw you in with telling detail, both musical and thematic, and the choruses lift and deliver. They resolve without seeming overly tidy or pat.

Nebraska native Rouse says he had an itinerant upbringing and eventually landed in Nashville where he recorded his debut Dressed Like Nebraska (1998). The album’s acclaim led to tours with Aimee Mann, Mark Etzel and the late Vic Chestnut. The followup- Home (2000)—yielded the song “Directions” which Cameron Crowe used in his film Vanilla Sky.

Through his live performances with the Mission Express and solo, Chuck Prophet has developed a reputation as an outstanding, entertaining live act and built a loyal fanbase from Albuquerque to Stockholm. His live solo performances offer fans the opportunity to experience his songs
from a unique perspective.
. . .more @The Height's Theatre.com

The Houston International Gem & Jewelry Show is one of the best exhibitions of gems, minerals and jewelry in the world. The show features one-of-a-kind jewelry creations, exotic gems, beads, pearls, exquisite fine jewelry, estate collections and much more. With over 300 booths, people of all ages will find deep discounts and an amazing variety of beautiful jewelry to compliment this winter’s fashions. We offer convenience, selection and value, all in one place.