When this duo started out in the country music business they wanted to be known as LoCash Cowboys. The duo singers/songwroters Chris Lucass and Preston Brust would eventually drop the cowboys from their name. The two make their way to the Bayou City this weekend, January 31, 2020 at Stampede Houston.

It was their hits from Tim McGraw "Truck Yeah" and Keith Urban's "You Gonna Fly" that put the two on the map as pop country music writers. It was their hit singles "I Love This Life" and "I Know Somebody" that moved their celebrity to the country music charts. The single "Feels Like a Party" from last year got their fans lined-up to their concert venues.
. . . more LoCash click here

Trey Galyon started his comedy career in Austin, TX in 2000. He quickly became a fixture on the Austin comedy scene and was tapped to work with the likes of – Ron White, George Lopez, Greg Giraldo and Mitch Hedberg to name a few. He was asked to perform at Showtimes Latino Laff Festival 3 years in a row and was called an ‘Anti Hero of Comedy’ by the Austin Chronicle. He was a multiple finalist in the ‘Funniest Person in Austin’ Contest and began working comedy clubs all over the Midwest.

Trey moved to NYC in 2008 and has continued to maintain an underground following around the NYC comedy scene. His new album ‘Trey Galyon Live at Creep Records’ was released in 2019 and he’s continued to spew his stoner logic all across the country. Go see him and be sure to say ‘high’ after the show. 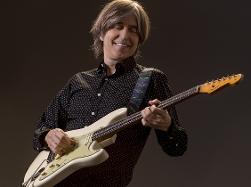 Eric Johnson leapt to the forefront of contemporary music some 20 years ago as "an extraordinary guitar player accessible to ordinary music fans," as the Memphis Commercial Appeal hails him, with his landmark album Ah Via Musicom.

Lauded as a "recording [that] has reached near-classic proportions within the guitar community" by All Music Guide, it was preceded by dedicated groundwork as a live performer that marked him as a talent bound for great things. And it's been followed by a diverse and fascinating musical journey that inspired The New Age Music Guide to rave that "Eric Johnson plays guitar the way Michelangelo painted ceilings: with a colorful vibrancy that's more real than life."

If you want to experience the best Beatles tribute ever, you won’t want to miss The Fab Four-The Ultimate Tribute. The Emmy Award Winning Fab Four is elevated far above every other Beatles Tribute due to their precise attention to detail. With uncanny, note-for-note live renditions of Beatles' classics such as "Can't Buy Me Love," "Yesterday," "A Day In The Life," "Twist And Shout," "Here Comes The Sun," and "Hey Jude", the Fab Four will make you think you are watching the real thing. Their incredible stage performances include three costume changes representing every era of the Beatles ever-changing career, and this loving tribute to the Beatles has amazed audiences in countries around the world, including Japan, Australia, France, Hong Kong, The United Kingdom, Germany, Mexico and Brazil. The Fab Four is truly the Ultimate tribute.More information at 713.230.1600 or www.livenation.com or www.reventionmusiccenter.com.
Fri Jan 31, 2020 7pm
520 Texas Street, Houston, TX