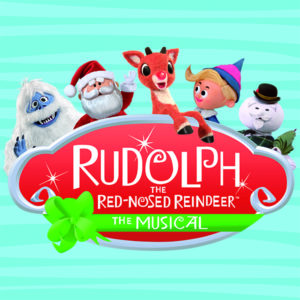 Society for the Performing Arts
The beloved TV classic RUDOLPH THE RED-NOSED REINDEER soars off the screen and onto the stage this holiday season. See all of your favorite characters as they come to life in RUDOLPH THE RED-NOSED REINDEER: THE MUSICAL. Tickets at 713.227.4SPA or www.spahouston.org
Fri Dec 27, 2019 2pm & 8pm
615 Louisiana St, Houston, TX

Highlights of Allan's show include:
Houdini 2.0: Tackles the legendary Harry Houdini’s most dangerous illusions while incorporating modern technology, such as combining immersive video mapping technology with a thrilling underwater escape.
The Laser Saw: A modern twist on the classic “cut a person in half” trick

Jamie Allan has toured the U.K. for four years with iMagician, which opened at the Garrick Theatre in London’s West End in 2015.
Holding the accolade of being the most televised British illusionist of the last decade, Allan first showcased his iMagic on ITV’s ‘This Morning’ in 1995 when he was just a teenager. Allan has since performed his signature iPad illusion “Digital Art” live on the BBC One Show, ‘Grand Cabaret Du Monde’, ‘BBC Breakfast’, ‘The Slammer’ and ‘Penn and Teller: Fool Us’. He has also been seen as a star mentor on ITV1 in the prime time show ‘Get Your Act Together’, has appeared as the special guest star on ‘Michael McIntyre’s Big Show’, and was a winner of ITV prime time show ‘The Next Great Magician’.

Every year this holiday ballet classic comes alive in the Bayou City via the Houston Ballet. But how did this Nutcracker tale begin?

This seasonal performance will run through December 29, 2019

"The Nutcracker and the Mouse King" is a story written in 1816 by German author E. T. A. Hoffmann, the story is about the young Marie Stahlbaum's favorite Christmas toy, a Nutcracker that comes alive and, after defeating the evil Mouse King in battle, whisks her away to a magical kingdom populated by dolls. It was in 1892, Russian composer Pyotr Ilyich Tchaikovsky and choreographers Marius Petipa and Lev Ivanov turned Alexandre Dumas père's adaptation of the story into the ballet The Nutcracker.
. . . more Houston's Ballet Nutcracker click here