In a recent review of her performance in the Washington DC area by the Washington Post, Rico Nasty's show was described by reviewer Chris Kelly this way, "It’s apparent that no one tells Rico Nasty what to do. In a hip-hop world defined by braggadocio, the 21-year-old rapper born Maria Kelly wins superlatives for Most Swagger and Most Casually Charismatic. Her outsize personality, unique style and punk spirit have helped her blast off from SoundClou 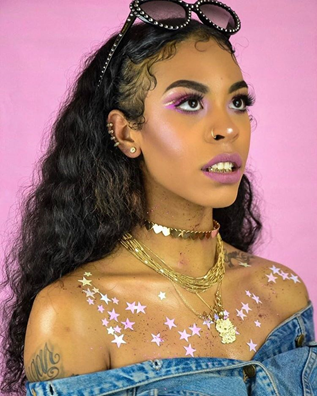 Rico Nasty has always had a rough persona back when she was just learning the world at a young age, Kelly's mother sent her to a boarding school in Baltimore, MD.  Kelly was eventually expelled from the boarding school, after being caught smoking marijuana on school grounds. What street cred the rapper has right.

In June, last year, Rico Nasty released her single Poppin' which became her biggest single to date gathering over 4 million views on and being featured on the HBO hit show Insecure. The song was then featured on her 5th mixtape Sugar Trap 2 which included Rico’s other popular hit Key Lime OG. The mixtape was later listed on Rolling Stone's best Rap Albums of 2017.

A few weeks in Oakland CA., Jeff Lynne began his first Electric Light Orchestra tour of North America in 37 years at the Oracle Arena. The last time he played in the U.S. with ELO was in support of 1981's Time, reports Ultimate Classic Rock.com.

In 1981, Lynne took the band in a somewhat different direction with the science-fiction themed album Time, reaching number one for two weeks in the UK, producing the second Top 3 single in less than two years. The strings were still featured, but with heavily synthesised textures.

It was in 2014, Lynne reformed ELO and resumed concert touring, the same year he received a star on the Birmingham Walk of Stars in his home city. In 2015, he was awarded a star on the Hollywood Walk of Fame. In 2017, Lynne was inducted into the Rock and Roll Hall of Fame as a member of ELO.

Lynne and ELO will be at Toyota Center tonight at 8:00PM 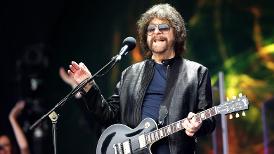 Besides this weekend performing in The Woodlands, Miranda Lambert on her Bandwagon tour was chosen to be the Country Music Hall of Fame and Museum’s 15th artist-in residence, performing two one-of-a-kind shows in the museum’s CMA Theater on Sept. 19 and 26, both shows have been sold out. The Nashville, TN., music venue says Lambert is among the most popular and acclaimed singer-songwriters of country’s modern era. She is the most awarded artist in ACM history, and the most awarded female artist in CMA history. She is also a member of acclaimed group Pistol Annies, with Ashley Monroe and Angaleena Presley.

“We’re talking about someone who has been the CMA’s top female vocalist a record seven times, selling millions of albums and scoring hit after hit while retaining absolute artistic conviction and credibility. She writes her heart and sings her truth, and her truth resonates,” said museum CEO Kyle Young. “We are honored that she is this museum’s 15th artist-in-residence, the latest in a line of greats that includes some of Miranda’s own musical heroes, like Guy Clark, Tom T. Hall, Kris Kristofferson, and Buddy Miller.”

“It’s truly an honor to be named artist-in-residence for the museum.  I’m thankful for this place, where our music can continue to
be cherished, and I’m thrilled to be among
the esteemed artists who have been honored by this designation.”

“The history that the Country Music Hall of Fame and Museum holds is so important,” said Miranda Lambert. “It’s truly an honor to be named artist-in-residence for the museum. I’m thankful for this place, where our music can continue to be cherished, and I’m thrilled to be among the esteemed artists who have been honored by this designation.”

Lambert will be with Little Big Town with special guest The Steel Woods and Tenille Towns.

Kina Grannis is famous for her romantic singles and duets which coRicombine elements of love and longing to create such mesmerizing melodies that touch the hearts of the listeners. As someone who has always loved singing, she first gained fame when she won the ‘Doritos Crash the Super Bowl’ musical competition in 2008, which is a dream contest for any aspiring singer. Starting out as a Super Bowl winner, she worked hard to build her career as a successful singer and went on to become a YouTube singing sensation within a few years. Her albums ‘Stairwells’ (2010) and ‘Elements’ (2014) gained much applause from millions of listeners across the globe.