At his first New York City concert
in over 10 years, the Guinness World Records recognized Anthony for having
the most year-end best-selling
albums in the tropical
albums' chart by a solo artist.

He received his first GRAMMY® in 1998 for Best Latin Tropical Performance for Contra La Corriente, followed by the first-ever Latin GRAMMY® Song of the Year award for “Dímelo”(I Need to Know) in 2000. With momentum from that hit single, Marc Anthony, his eponymous English-language album debut, went triple-platinum in the US, and helped usher in the Latin pop explosion of 1999-2000. In 2005 he received double best-album GRAMMYs® — Best Latin Pop Album for Amar Sin Mentiras, and Best Salsa Album for Valió la Pena.

Marc Anthony has sold over 12 million albums worldwide, receiving numerous gold and platinum certifications from the Recording Industry Association of America (RIAA) along the way; been recognized by New York magazine as one of the Ten Most Influential New Yorkers; was inaugurated into the Billboard Hall of Fame in 2012, and given a Lifetime Achievement Award by the Congressional Hispanic Caucus Institute in Washington D.C. in September 2009. Marc has received a total of 29 Premio Lo Nuestro Latin Music awards and an Excellence Award, the most of any male solo artist. Since 2014 he’s received the ASCAP Founders Award, twelve Billboard Latin Music Awards, three Billboard Awards, and other important recognitions.

A passionate football fan, Marc Anthony became a minority owner of the Miami Dolphins in 2009. In 2011, he returned to television on the TNT series Hawthorne, toured the U.S., and launched his line of clothes and luxury accessories for Kohl’s, and together with Jamie King and Jennifer López, he produced the 2012 TV series ¡Q’ Viva! The Chosen, which aired simultaneously on Spanish and English television in the US and Latin America. 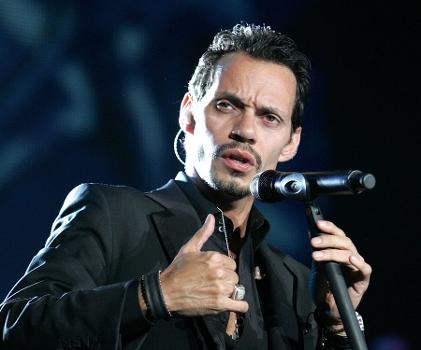 In January 2012 he announced the creation of his Foundation Maestro Cares with Henry Cárdenas, intended to address the housing, academic and health challenges that orphaned children face each day in developing Latin American countries. The non-profit organization opened its first orphanage to house children in urgent need, “Niños de Cristo,” in La Romana, Dominican Republic on April 2, 2014, providing a home to more than 150 children; in April of 2015 open the doors to the “Monseñor Victor Tamayo” home in Barranquilla Colombia and joined the MABA project in Lima, Perú and on March 9th the foundation open the doors of “Casa Hogar Alegría in Cacalomacán, Mexico.

NF started making music in 2010, and released his debut album Moments under his real name. During this time he also started working on his EP, NF, but did not release it until 2014 because of a label dispute with Xist Music that caused them to part ways. Despite this, NF did return to make a song for Xist Music for their compilation album. The album was released on August 28, 2012. He released a single, Beautiful Addiction, on November 4, 2013 as Nate Feuerstein. He signed to Capitol CMG in 2014, before the release of the EP, NF This project was his breakthrough release on the Billboard, as it charted on the Christian Albums chart at No. 12, on the Top Gospel Albums at No. 4, and on the Top Rap Albums at No. 15. This extended play was reviewed by Jesus Freak Hideout and New Release Tuesday, receiving two three-and-a-half-star reviews. CCM Magazine reviewed the EP and awarded it four stars. His first studio album, Mansion, was released on March 31, 2015 by Capitol CMG.

NF has been featured on several songs with well-known artists, including Flame's song "Start Over", TobyMac's song "Til the Day I Die" and Futuristic's song, "Epiphany". His song "Intro" is included in the video game Madden NFL 16. NF's songs have been played on ESPN, VH1, Showtime, NBC's Chicago P.D., Grimm, Shades of Blue and in the season finale trailer of Fox's Empire. His music video for "Intro" premiered on MTV.com's homepage, and the video has also appeared on MTVU, AbsolutePunk, 2DOPEBOYZ, Raps & Hustles and The College Dropouts.

CCM Magazine's Matt Conner gave the album 4 out of 5 stars, saying "The maturity and musical experimentation grows on Perception, yet the dynamism and authenticity remain firmly in place." David Craft of Jesus Freak Hideout gave the album a below-average review, awarding it 2 out of 5 stars due lack of originality and redundancy. He stated that "Perception essentially consists of NF spending an hour yelling at listeners about his thinly-veiled insecurities while simultaneously bragging about how great he is" and that there were a few "glimmers of quality," but that "NF exercises neither patience nor humility on Perception.