The Last Dance: A Tribute to Tom Petty
@HOB Houston 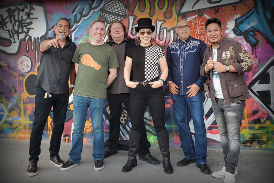 The I Love FreeStyle Music Tour is coming to Houston Texas and the show promoters say they are taking us down memory lane performing live!

The group released several successful singles as Nastyboy Klick in the late 1990s. NB Ridaz discontinued as a group from 2006. Which most people weren’t aware of because they weren’t too popular to begin with. Since the early days of M.C.Magic to NBK and now to NB RIDAZ, their music has been in a category all on its own. Not exactly hip-hop, not exactly pop music or Latin? But a blend of all three, So with "INVASION" comes their own category of music as well? LATINO-HIP-POP

Tim Spinnin Schommer’s in the Mix … and He’s Got It Goin’ On! That’s been a staple in Freestyle since 1989 when Tim Schommer hit the air waves on Chicago’s B96! Tim’s been rocking crowds for years … even before that! Let’s go back to 1978 rocking “the Club” a teen club in Madison, Wisconsin then the Stone Hearth a staple in the Madison Club scene.

When an offer came from Chicago to mix and over see a handfull of Clubs owned by Ballys 2 weeks later Tim became a chicago-in. Then a Club called the Snuggery … When approched by Chicago legend Julian “Jumpin’” Perez to join the B96 mix masters, a crew that he was putting together with Bad Boy Bill, Brian HitMix Middleton and Mike Hitman Wilson, He jumped at the chance. A gig that lasted 16 years, not only as a mixmaster but also an on air personality. “All I want to do is Mix.”

Now, Still … Tim can be found Hosting, Mixing, and Rocking Clubs, Facebook and a Party near you! Tim Spinnin’ Schommer’s in the Mix … and He’s Got It Goin’ On!! ….. Boom! 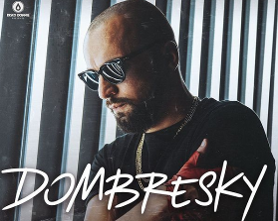 Andrew stars in FX’s most-watched comedy series, "Dave" alongside "Lil Dicky". Santino starred in the Showtimes series, "I'm Dying Up Here" exec produced by Jim Carey and directed by Jonathan Levine. He also appeared in "Game Over Man" written and produced by The Workaholics crew. Previously, Santino was the star of ABC’s comedy "Mixology".

Andrew co-hosts the very popular podcast, "Bad Friends", with comedian Bobby Lee. Santino also has his own solo podcast "Whiskey Ginger"and both combined accumulate upwards of a million downloads per week. His Showtime hour-long stand-up special "Home Field Advantage" debuted in 2017. His Comedy Central half-hour standup special was released alongside his debut album "Say No More" on Comedy Cenral Records. Santino was a regular guest on Comedy Central's @Midnight with Chris Hardwick. He made his standup debut on "Adam Devine's House Party" and since has performed standup on Conan and The Meltdown with Jonah Kumail. Santino headlined at Montreal’s Just for Laughs Comedy Festival as well as SXSW and numerous venues across the country.

"Rafael Rivera is more than just a typical man from Florida with a life-long dream of music and a guitar. He's Driven by a fire that ready to light up every room from his first note to his last. Brought up from the Humble beginnings of music to the age of rock n' roll's most enduring tunes, This man and his guitar are sure to please the ears that stand before his creative take on some of music's most memorable pieces.

Being a full time musician, Raf wastes no time and takes on music full force and head first. When he's not playing lead guitar, writing and touring with Houston staple band 'The Hunger' he maintains busy in the Houston cover circuit performing an eclectic repertoire of classic top 40 rock, pop r&b and country tunes at various bars/restaurants and venues over the greater part of Houston and surrounding areas. Raf has been quickly building his name as a solid vocalist and performer, having played with various musicians over the past several years. Being available for solo, duo or even full band work, there is nothing Rafael Rivera will limit himself to, in hopes to take the music world by storm.. Raf was also just awarded 'best guitarist' at the 2013 Texas Buzz Music Awards"

Clay Walker hails from Vidor, Texas his father gave him a guitar when he was nine years old. Walker eventually started entering talent competitions at fiftheen. He worked at a Super 8 Motel going to a local radio station asking the DJ to play a tape of a song that he had written. The morning disc jockey told Walker the station's policies prohibited DJ's from playing self-submitted tapes, he played Walker's song anywat and said that it was "too good to pass up."

In 1996 Walker was diagnosied with multiple sclerosis. A person with MS can have almost any neurological symptom or sign, with autonomic, visual, motor, and sensory issues. Walker continues to make music and tour to what has said helps him live with MS.

Ten years after that "death sentence," Clay Walker is still going strong as one of country music's top headliners.

It was in 2006 Walker told Brain and Life.com, "I got home and the facial spasms started from the top of my head to the bottom of my chin, and it lasted for eight weeks, 24-7," he recalls. "I rubbed my eyes so much I developed blisters on them. I couldn't see out of my right eye as the blisters grew. My wife finally called a neurosurgeon and made an appointment. I said, 'Why?' She said, 'Because there's something wrong with you. This spasm is going on in the middle of the night, and I'm concerned you may have a tumor.'" It wasn't a tumor—it was multiple sclerosis (MS). "I didn't know what MS was," he says. "I thought it was worse than it was. Hearing the words, 'You have MS,' is like someone telling you, 'You have cancer.'"

And worse: The neurosurgeon, who was neither a neurologist nor an MS specialist, told him he'd be dead within eight years.

Ten years after that "death sentence," Clay Walker is still going strong as one of country music's top headliners.

This weekend in The Woodlands its Clay Walker - The Homecoming Show with Randall King and Laine Hardy.