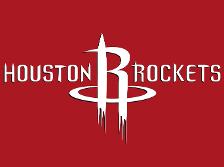 This will be the Rockets first Friday night game with new owner Houston businessman Tilman J. Fertitta at this NBA's franchise helm. Fertitta is sole owner of the Landry’s restaurant empire and Golden Nugget Casinos and Hotels. The ownership transaction, includes operation of the Toyota Center Arena. The terms of the sale have still not been disclosed, and Mr. Fertitta has no other partners in connection with the transaction.
In a released statement last month, Tilman said, “I am truly honored to have been chosen as the next owner of the Houston Rockets. This is a life-long dream come true,” said Fertitta, a native of Galveston and life-long resident of the Houston area. "Leslie Alexander has been one of the best owners in all of sports, and I thank him immensely for this opportunity. He has the heart of a champion. Lastly, out of respect for the NBA’s approval process, I can say no more other than I am overwhelmed with emotion to have this opportunity in my beloved city of Houston.”
In game talk Sports Illustrated again puts James Hareden in the top ten ranking of NBA players. Harden reports sportstrack.com enjoys a reported income of of over $29-thousand per game. Harden (29.1 PPG, 8.1 RPG, 11.2 APG) posted a historic stat line in 2016-17 not seen since Oscar Robertson. Harden’s approach to offense thoroughly masters basketball’s best practices by generating high-percentage looks at the rim, at the free-throw line, and at the arc. Harden also led the NBA in points generated by his assists thanks in part to his knack for creating open threes for his teammates, often by whizzing LeBron-like crosscourt passes... 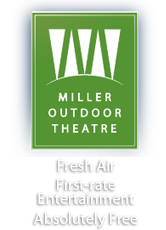 Swing, Baby, Swing! is a new musical by Norma Miller and Dance Houston about love, joy, and bringing people together. It is inspired by the life and times of the original Lindy Hoppers, who danced at The Savoy Ballroom, the first integrated public ballroom in the United States.

Miller (A Day at the Races, Keep Punchin, Hellzapoppin', Malcolm X) was a principal dancer in Whitey’s Lindy Hoppers -- the world’s most celebrated Lindy Hop dance company -- who soared with Chick Webb, Ella Fitzgerald, Count Basie, and Ethel Waters during the height of the swing era. From Hollywood to Brazil, Paris and beyond, Miller dazzles when she takes the stage!

The musical features original songs by Miller including "Swing, Baby, Swing" and "Swingin’ Frankie's Way", a tribute to the late, great Frankie Manning. It also features her favorite songs from the Tony-nominated musical Bubbling Brown Sugar by Lofton Mitchell with big band favorites "It Don't Mean a Thing if it Ain't Got That Swing" and "Stompin' at the Savoy". The ensemble recreates the 1937 dance craze The Big Apple and tops the breakdancing and air steps memorialized in the 1930’s Hollywood films by The Marx Brothers (A Day at the Races, Olsen and Johnson’s Hellzapoppin’).

Miller was awarded a National Heritage Fellowship from the National Endowment for the Arts for creating and continuing to preserve “the acrobatic style swing dance, known as the Lindy Hop”. Miller inspires through world tours, films, a memoir, and an illustrated young reader's book. Swing, Baby, Swing! shares her message through the very thing that makes it special: music and dance.