Texas-based singer-songwriter Kaitlyn Kohler may not be the first country artist to paint pictures of everyday situations in song, but she sure has her own way of finding the poetry that lurks in plain sight. This Saturday evening in GreenStreet HOB Houston, Kohler will show us how its done. This is a must see for your Saturday weekend.

On “Everything’s Here But You,” the first track off her debut self-titled EP, Kohler captures what it feels like to sit in an empty house and see the memory of your departed lover in everything that surrounds you — a leaky porch roof, the spare key under a rock outside, a TV remote stuck in the cushions of the La-Z-Boy, a garbage collector who shows up every Monday morning, a King James Bible by the bedside table, and the highly un-glamorous act of packing her ex’s clothes into U-Haul boxes.
. . .more @Weekend Saturday click here 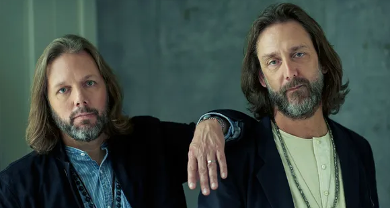 Oscar Hernández is the leader of the world renowned Spanish Harlem Orchestra. With their seven CD’s to date, Oscar and SHO, as they are commonly known, were nominated for a Grammy on their first CD “Un Gran Dia En El Barrio,” won the Grammy for their second CD release,” Across 110th Street” and nominated for their third CD “United We Swing”, and winning yet another Grammy with their 4th CD “Viva La Tradición” and won their 3rd Grammy with “Anniversary” in 2019. Oscar was the music producer as well as pianist/arranger on all CD’s. Since the band’s inception in the year 2001, SHO has garnered numerous awards and world acclaim as one of the finest exponents of Salsa and Latin/Jazz music. Spanish Harlem Orchestra is generally considered one of the best Salsa & Latin-Jazz Orchestras today and one of the finest music ensembles in the world.
. . .  more @Weekend Saturdays click here

Singer/songwriter, Brad Paisley makes his way back to The Woodlands at Cynthia Woods Mitchell Pavilion. Paisley has been going strong on the country music charts since he began his musical career back in 1998. Paisley's music journey has been recognized along the waywith three GRAMMYs, two American Music Awards, 14 Academy of Country Music Awards and 14 Country Music Association Awards (including Entertainer of the Year), among many others.

Back To School
with the Delta Variant

The Delta variant of the coronavirus is looming large over this year’s back-to-school preparations in the United States.

To ensure students’ safe return to the classroom, some school districts plan to institute mask mandates. Yet that move isn’t necessarily straightforward — several of the country’s hardest-hit states have banned such mandates.

We look at how this conflict is playing out in Arkansas.

From The New York Times.com click here to listen