He received his first GRAMMY® in 1998 for Best Latin Tropical Performance for Contra La Corriente, followed by the first-ever Latin GRAMMY® Song of the Year award for “Dímelo”(I Need to Know) in 2000. With momentum from that hit single, Marc Anthony, his eponymous English-language album debut, went triple-platinum in the US, and helped usher in the Latin pop explosion of 1999-2000. In 2005 he received double best-album GRAMMYs® — Best Latin Pop Album for Amar Sin Mentiras, and Best Salsa Album for Valió la Pena.
. . .more at Weekend Fridays  click here 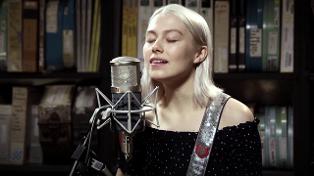 NPR Music describes Phoebe Bridgers "Killer" 7 inch as the, "songs come laden with sly, finely detailed observations about unsuccessful flirtations with hypnotherapy, unsettling conversations about Jeffrey Dahmer, and everything in between. Her phrasing is impeccable — warm, cool, conversational, gently slurred — but her songs also swim in the self-aware obsessions and messy meanderings of an unquiet mind.

It was in 2015 Bridgers told Chuck Armstrong of Diffuser.fm, "When I was in high school, I kind of went down YouTube and Wikipedia lane and was reading up on all of these different serial killers.", she went on to say during the interview, "It really freaked out someone I was with. It really freaked him out. I was thinking about [Jeffrey] Dahmer, in particular, because he was really well-spoken. That kind of freaked me out. Everyone else was manic and crazy, but he was so well-spoken and smart. When you’re looking at him, you’re like, “What the f---?” He ate little children. Why am I forgetting that in the half second that I heard him talk? It’s crazy. I’m like, “Who in my life is like that?” It could be anybody, you know what I mean? That was the idea, it’s just f---ing terrifying. It’s crazy that it seemed like he could be a totally normal guy."
. . . more at Weekend Fridays click here 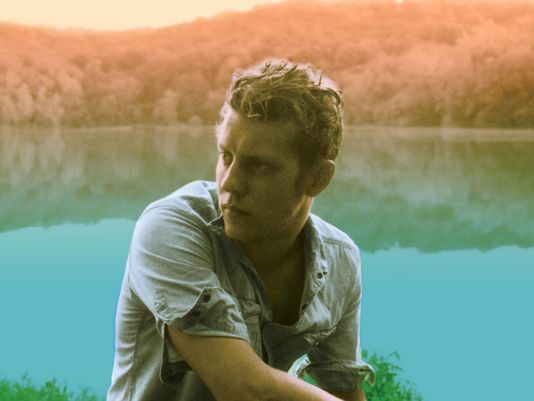 Anderson East opened for Holly Williams some time back and ended up playing guitar and singing harmonies with her. He worked as both a session musician as well as a recording engineer to make ends meet.
East began his musical career in 2009, self-releasing an album titled Closing Credits for a Fire under the name Mike Anderson. He then began recording under the name Anderson East with the release of an EP titled Fire Demos.

East's self-released debut album, Flowers of the Broken Hearted in 2012, was made up of two records: one record which he recorded in Los Angeles with producer Chris Seefried and session players Charlie Gillingham, Don Heffington and Rob Wasserman and a second record recorded in Nashville with Tim Brennan and Daniel Scobey. The record is 15 songs long, and is made up of two CDs each with their own music genre: The White disc is made up of a progressive soul and Americana vibe, while the Red disc is darker and has more of a rock sound. He funded the record as a PledgeMusic project,with a percentage of the proceeds going to Water Aid, a nonprofit organization that brings water to communities that don't have clean drinking water.
. . . more at Weekend Saturdays click here