Leon Bridges is best known for his song "Coming Home", which received enormous airplay and was a Top 10 Most Viral Track on Spotify. Bridges' debut album, also titled Coming Home, was released on June 23, 2015, on Columbia Records .
. . . more at Weekend Fridays click here

Growing up means never apologizing for who you are, and what you've been through. And for Kelsea Ballerini, one of Country's new voices, growing up also meant having the courage to put it all – the loss, the love and the highs and lows of life – into song. The result? Unapologetically, Ballerini's sophomore LP, a collection of songs – all which she wrote or co-wrote, as on her Gold-certified debut The First Time – meant to share her experiences over the past two years like a sonic journal, inviting listeners to open the book of her story and listen along.
. . .more at March Saturdays click here . . .

The story takes place in 1971 in a dressing room backstage at the Empire Room of New York's Waldorf-Astoria Hotel, where Armstrong performed in public for the last time four months before his death. Reminiscing into a tape recorder about his life and work, Armstrong seeks to come to terms with his longstanding relationship with Glaser, whom he once loved like a father but now believes to have betrayed him. In alternating scenes, Glaser defends his controversial decision to promote Armstrong's career (with the help of the Chicago mob) by encouraging him to simplify his musical style, while Davis attacks Armstrong for pandering to white audiences.
.  . .more at Weekend Sundays click here. 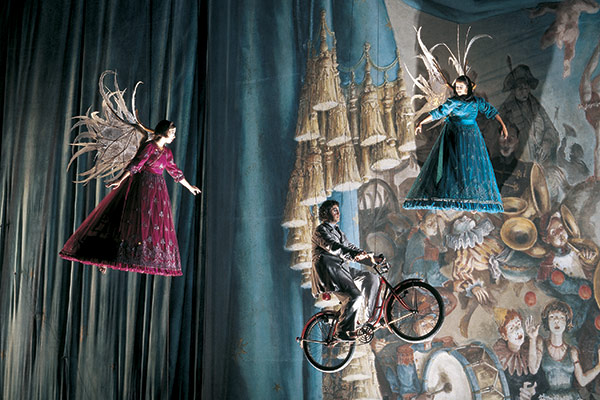 Cirque Du Soleil's Corteo moves from New Orleans, La to Houston this month after its reconfigurement to fit an arena format. Corteo was initially designed to be performed in their "Grand Chapiteau," that is French for big tent.
. . .more at Weekend Sundays click here

Cody Johnson grew up in tiny Sebastapol, an unincorporated community on the eastern shore of the Trinity River that's never exceeded 500 residents. Even today, it's more than 30 miles to the nearest Walmart, in Huntsville, Texas, a town best known as the headquarters for the state's criminal justice department. It's a rough and tumble area, and it comes through in the music. Willie Nelson, Merle Haggard, George Strait, Billy Joe Shaver – their songs were all essential to the local clubs, and Johnson was exposed to their mysterious allure even before he was old enough to get in.
. . .more at Weekend Saturdays click here