He is being described as "powerhouse" jazz guitarist John Scofield makes his long-awaited first appearance on Da Camera’s stage this weekend, Friday, October 4, 2019.

Scofield’s stint with Miles Davis from 1982 to 1985 placed him firmly in the forefront of jazz as a player and composer. Since that time, he has prominently led his own groups, recorded over 30 albums as a leader, and collaborated with greats such as Pat Metheny, Charlie Haden, Eddie Harris, Bill Frisell, Brad Mehldau and Jack DeJohnette. 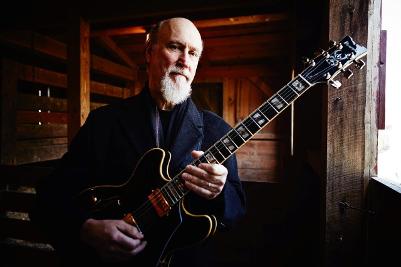 Broadwayworld.com Houston writes, "Scofield's musical repertoire includes stints across psychedelic rock, funk and soul, but is united by the blues undercurrent that has been present in all of his music since he first began playing."

On Scofield's web portal his people describes him as; "John Scofield’s guitar work has influenced jazz since the late 70’s and is going strong today. Possessor of a very distinctive sound and stylistic diversity, Scofield is a masterful jazz improviser whose music generally falls somewhere between post-bop, funk edged jazz, and R & B."