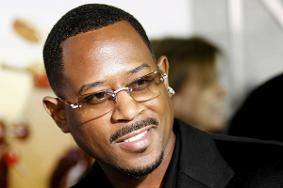 Actor/comedian, Martin Lawrence makes his way to the Bayou City with his stand-up, Friday,  June 17th, 2016at NRG Arena.
Lawrence came to fame during the 1990s, making it in  Hollywood in television and eventually as a leading actor, in films House Party, Boomerang, Bad Boys, Wild Hogs, Nothing to Lose, Blue Streak, Life, Big Momma's House, and A Thin Line Between Love & Hate.

Did you know Lawrence was named after civil rights leader Martin Luther King, Jr. and U.S. President John F. Kennedy, it what he says in his bio.

Another interesting fact about Lawrence is, he and Texas Senator Ted Cruise have something in common, both are U.S. citizens but not born on U.S. soil. Cruise was born in Canada, Lawrence a military brat was born in Frankfurt, West Germany, his parents were serving in the  U.S. military in West Germany at the time of Martin's birth.  Martin was the fourth of six siblings.