(From:rodmancomedy.com) Best known as the winner of Last Comic Standing Season 8, Comedian Rod Man is truly a gem in the World of Standup Comedy today. This weekend Rod Man will be at Improv Houston. 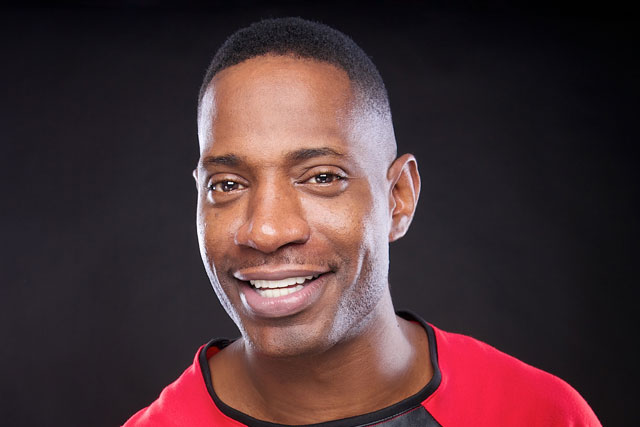 His unique delivery and voice capture the attention of audiences. Throw in his laid back style, southern charm, wit, and ability to find the funny in everyday life, and you have the ingredients for a future Comedy Star in the making.

Rod Man got hooked on comedy at a young age. He signed up for "open mic" nights at Atlanta's Uptown Comedy Club, hosted by the hilarious Earthquake. "Uptown was the place to be on Tuesday nights. The place was packed. You never knew who would stop in and do a guest spot. And you never really knew when you were going to hit the stage, because the list meant absolutely nothing to Earthquake."

Since those open mic nights, Rod has become an award-winning, quintessential entertainer. He has graced the stage at Caesar's Palace, The Gibson Amphitheater, and The Apollo Theater. He is currently the host of his own YouTube shows -- Time Out with Rod Man and That Good Funny. Rod Man is competing on the upcoming season of "Last Comic Standing" and has made many other television appearances, including "The Bad Boys of Comedy" for HBO, Martin Lawrence's "First Amendment" for Starz, Nick Cannon's "Wild 'N Out" for MTV, "One Mic Stand" for BET, "The Funny Spot" for TV One, and "The World Stands Up" for BBC America.

He even co-hosted a morning drive-time show in Los Angeles on Stevie Wonder-owned KJLH Radio 102.3 FM.

Jamie Foxx leads an all-star cast in this hilarious, heart-filled adventure. Pixar’s SOUL introduces Joe, who lands the gig of his life at the best jazz club in town. But one misstep lands Joe in a fantastical place: The Great Before. There, he teams up with soul 22 (Tina Fey), and together they find the answers to some of life’s biggest questions.

The world is catching on to what true Rod Man fans already know -- he's down-to-earth, crazy-funny, and truly a special talent.