“You can tell when somebody is faking it,” says Cody Cannon, lead singer and guitarist of Whiskey Myers, “and you can tell when it’s real.” This kick-ass band has been steadily building a devoted following with its gritty authenticity, and with their self-titled fifth album, they’re poised to explode.

Each one of the releases from Whiskey Myers has been bigger and bigger — following their break-out third album, 2014’s Early Morning Shakes, their most recent record, Mud, climbed to No. 4 on Billboard’s country charts in 2016. And that was before the group was featured in Kevin Costner’s TV series Yellowstone in 2018 (not just on the soundtrack, but on screen, performing in a bar), which propelled the band’s entire catalogue into the Top 10 of the iTunes country chart.
More information at 713.230.1600 or www.livenation.com or www.reventionmusiccenter.com
Sat Feb 15, 2020 8pm
520 Texas Street, Houston, TX

Houstons’ Premier “One Stop Shopping Opportunity” for all your home & garden needs. From Windows and Doors to Ceilings and Floors over 700 experts, products, services and ideas all under one roof. More info at www.nrgpark.com and https://texashomeandgarden.com/show-info/
Fri Feb 14 – Sun Feb 16, 2020
NRG Park, 1 NRG Pkwy, Houston, TX 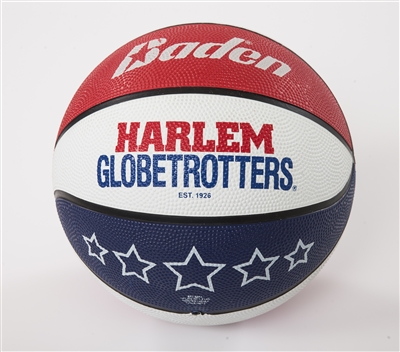 The Globetrotters have always been innovators. Now they’re pushing the limits like only they can. Don’t miss the Pushing the Limits World Tour featuring new thrills, surprise moments and more player interaction than ever. It’s a family experience like no other, where laugh-out-loud fun meets jaw-dropping athleticism. Put a new spin on family time!
Sat Feb 15, 2020 2pm &7pm
3422 Cullen Blvd, Houston, TX

The MercyMe 2020 Tour will support the band's upcoming 2020 studio project and brand new single, "Almost Home.” MercyMe will be joined by Jeremy Camp and David Leonard. The 2020 tour follows back to back successful spring and fall 2019 tours.

The band formed in 1994 and released six independent albums. The group first gained mainstream recognition with the crossover single, "I Can Only Imagine" which elevated their debut album, Almost There, to triple platinum certification. Since then, the group has released eight additional studio albums (six of which have been certified gold) and a greatest hits album, 10. The group has also had 13 consecutive top 5 singles on the Billboard Christian Songs chart, with 7 of them reaching No. 1. MercyMe has won 8 Dove Awards and has had many Grammy Award nominations. On April 8, 2014, the band released its eighth studio album titled Welcome to the New. MercyMe's ninth studio album, Lifer, was released on March 31, 2017.

Robert Schumann’s music speaks to us in a timeless, universal language. His romance with virtuoso pianist Clara Wieck is a love story for the ages, while his ongoing battle with depression, and eventual descent into insanity, makes his noble, life-affirming creations all the more remarkable. Join us for a deep dive into the trials and the triumphs, the love and the madness, the man and the music. Tickets at 713.224.7575 or www.houstonsymphony.org
Sat Feb 15, 2020 8pm
615 Louisiana St, Houston, TX