After 12 years Houston Ballet welcomes the revival of former Artistic Director Ben Stevenson’s Don Quixote. Enjoy the charming flare of seventeenth century Barcelona, Spain as imagined in the original novel by Miguel de Cervantes. The tale follows the elderly adventurer Don Quixote and his search for his idyllic woman, Dulcinea, only to be caught between the budding romance of temperamental Kitri and mischievous Basilio. Audiences are sure to enjoy this famously jovial ballet, full of dazzling choreography, sets, and costumes.

The Story
Don Quixote, in his old age, is growing increasingly anxious and depressed. In a vision he beholds the lady of his dreams, Dulcinea. His servant, Sancho Panza, enters pursued by angry shopkeepers from whom he has stolen a chicken. The Don rescues him, and is rejuvenated by thoughts of Dulcinea, heroic tales of brave knights, and past battles that he has won. Don Quixote, accompanied by Sancho Panza, sets out on a new quest to find the beautiful Dulcinea.

Basilio, a barber, is in love with the innkeeper’s daughter, Kitri. But Kitri’s father, Lorenzo, wishes her to marry Gamache, a foppish noble man. Don Quixote arrives with Sancho Panza. Sancho is teased by the townsfolk, and is tossed high in the air. The Don rescues him. Don Quixote now sees the beautiful Kitri. He is bewitched and acclaims her as his Dulcinea.

Kitri and Basilio stroll hand in hand in the moonlight. They suddenly realize that they are in the gypsy camp. The gypsy king is angered by their presence. But when Basilio explains to him that he and Kitri are in love, the gypsy king honors them by calling his gypsies to dance. Don Quixote, and Sancho Panza, accompanied by Gamache and Lorenzo, arrive at the encampment in search of Kitri. The Don mistakenly assumes that a windmill is a menacing giant. He attacks the windmill only to be caught up in one of the sails and thrown to the ground. Sancho Panza tries to comfort him.

Don Quixote, stunned by his fall from the windmill, has a fantastic dream in which Cupid shoots an arrow into his heart and reveals Dulcinea to him. Soon, the Don is surrounded by beautiful women. Unfortunately the dream fades, and Sancho and the Don resume their travels.

Lorenzo is still determined to marry his daughter Kitri to Gamache. Basilio pretends to stab himself. As Basilio lies dying, Don Quixote begs Kitri’s father to unite them. Thinking that Basilio is indeed dying, Lorenzo agrees, only to be shocked by Basilio’s immediate recovery.

A fiesta is held to celebrate the marriage of Kitri and Basilio. The two young lovers celebrate their betrothal by dancing a grand pas de deux. Don Quixote realizes that he has not yet found his Dulcinea, and with Sancho Panza, he sets off for more adventures.

The pinnacle of Houston Art Car Parade Weekend is the Parade itself! On April 14, 2018 250 jaw-dropping cars, bikes, skaters, and motorized creatures will roll along Smith Street in Downtown Houston, making it the largest gathering of its kind in the world, and one of the biggest annual events in Houston. 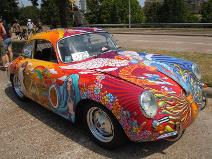 The parade has been a Houston tradition since 1988, when 40 decorated vehicles were featured during the Houston International Festival. The first art car parade took place on May 14, 1986, when 11 vehicles participated in a parade down Montrose Boulevard within the Neartown area. In recent years, the parade has been held on Allen Parkway until the 2015 season prior to the re-routing of Allen Parkway where the westbound lanes have been converted into parking spaces; since 2016 the parade has been relocated to a section of Downtown Houston going up Smith Street with parade route going past Houston City Hall …

The Houston Art Car Parade is an annual event in Houston, Texas, featuring a display of all types of rolling art. The first and largest Art Car parade in the world, at any given parade spectators will see cars, bicycles, motorcycles, roller-skaters, and many other types of motorized and human-powered vehicles all decorated in various themes. There are also classic cars, lowriders, and various other highly modified roadworthy vehicles. The parade has been a Houston tradition since 1988, when 40 decorated vehicles were featured during the Houston International Festival.

The first art car parade took place on May 14, 1986, when 11 vehicles participated in a parade down Montrose Boulevard within the Neartown area. In recent years, the parade has been held on Allen Parkway until the 2015 season prior to the re-routing of Allen Parkway where the westbound lanes have been converted into parking spaces; since 2016 the parade has been relocated to a section of Downtown Houston going up Smith Street with parade route going past Houston City Hall exiting westbound to Allen Parkway. The 2004 parade featured 250 entries observed by a live audience of over 100,000 people. There were over 260 entries in the 2006 parade. The 2007 parade featured 282 entries. On November 28, 2009, Houston had an illuminated art car parade, dubbed Glowarama. Dan Aykroyd served as the Grand Marshal for the 2010 parade. 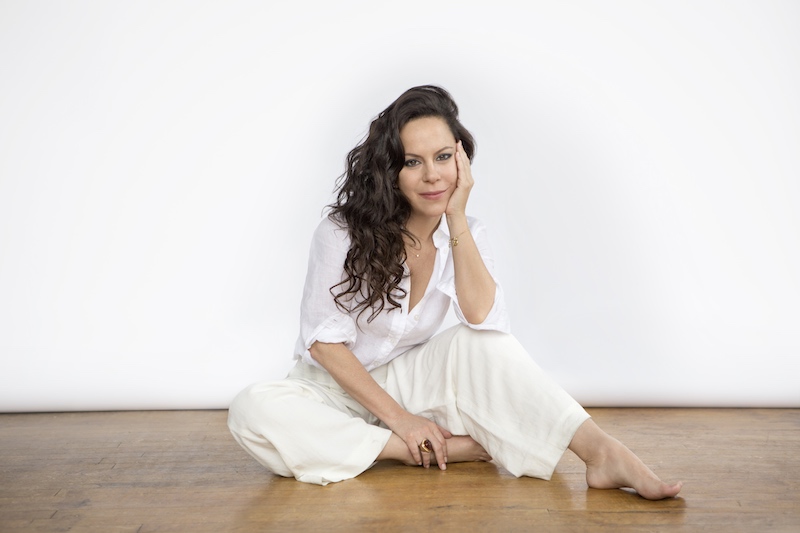 The Brazillian-American pop singer makes her way to the Heights this weekend.

Gilberto recalls that her childhood was "music nonstop"; when reflecting on her father's influence, Gilberto states, "He taught me to be a perfectionist. But my mother taught me how to lose it. And you can hear it in my music today, I think."

Gilberto is the daughter of João Gilberto and singer Miúcha. Her uncle is singer/composer Chico Buarque. Gilberto has been performing since her youth in Rio de Janeiro.

She grew acquainted with popular artists such as Caetano Veloso, David Byrne, and Stan Getz, who often visited her father's home to collaborate. Gilberto began singing with her mother and participated in professional musicals like Saltimbancos and Pirlimpimpim. At seven years old, she made her recording debut on her mother's first solo album, Miúcha & Antônio Carlos Jobim (1977). Two years later, she performed at Carnegie Hall with her mother and Stan Getz.

Although she has been making music all her life, Bebel Gilberto had her first major breakthrough as a solo artist with her highly acclaimed release Tanto Tempo in 2000, introducing her now-trademark blend of electronic bossa nova and positioning her as one of the top-selling Brazilian artists in the U.S. She has has released five albums in the last 16 years, all Grammy-nominated, and all of them reflecting a life growing up with one foot in Brazil and the other New York City, infusing a modern, cosmopolitan edge to her music. She continues to call New York City home to this day. 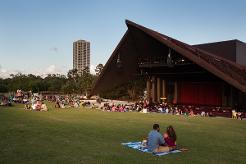 This production in four acts will feature over 60 professional dancers with high-energy performances and elaborate costumes all the way from Mumbai, the Bollywood capital. Innovative choreography, a mix of amazing global Bollywood sound score and diverse dance styles ranging from musical theatre, hip-hop, Indo Jazz, Indian Contemporary dance, and Bollywood Fusion, come together all in one show! 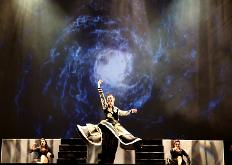 At Toyota Center. Known for her incredible and entertaining live show, international pop icon Alecia Beth Moore aka P!nk has announced her Beautiful Trauma World Tour 2018. P!nk last hit the road on her The Truth About Love Tour which saw her play 142 sold out shows across 13 countries. The Los Angeles Times said, “Pink remains perhaps the most gifted and imaginative physical performer in pop right now,” while Rolling Stone claimed, “the singer had demonstrated an epic workout of vocals, stagecraft and stunt-work without missing a note.” 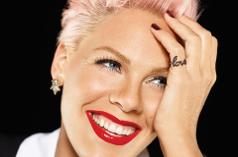 She was signed to her first record label with original R&B girl group, Choice, in 1995. The label, LaFace Records, saw great potential in Pink, offering her a solo deal. Choice disbanded in 1998. Pink rose to prominence as an artist with her debut solo album Can't Take Me Home. It was certified double-platinum in the United States and spawned two US Billboard Hot 100 top-ten songs: "There You Go" and "Most Girls".

"Madonna has always been an inspiration
for me..."

She gained further recognition with the Moulin Rouge! soundtrack, "Lady Marmalade", which gave Pink her first Grammy Award, as well as her first number-one single in the US. Pink took more artistic control and pursued a pop rock direction for her second album, Missundaztood. It sold more than 12 million copies worldwide and yielded three US top-ten singles, "Get the Party Started", "Don't Let Me Get Me", and "Just Like a Pill".

Recognized for her acrobatic performances, Pink has sold over 40 million albums and 50 million singles worldwide, making her one of the world's best-selling music artists.
Her career accolades include three Grammy Awards, a Brit Award, a Daytime Emmy Award and seven MTV Video Music Awards, including the Michael Jackson Video Vanguard Award. In 2009, Billboard named Pink the Pop Songs Artist of the Decade. Pink was also the second most-played female solo artist in the United Kingdom during the 2000s decade, behind Madonna. VH1 ranked her number 10 on their list of the 100 Greatest Women in Music, while Billboard awarded her the Woman of the Year award in 2013. 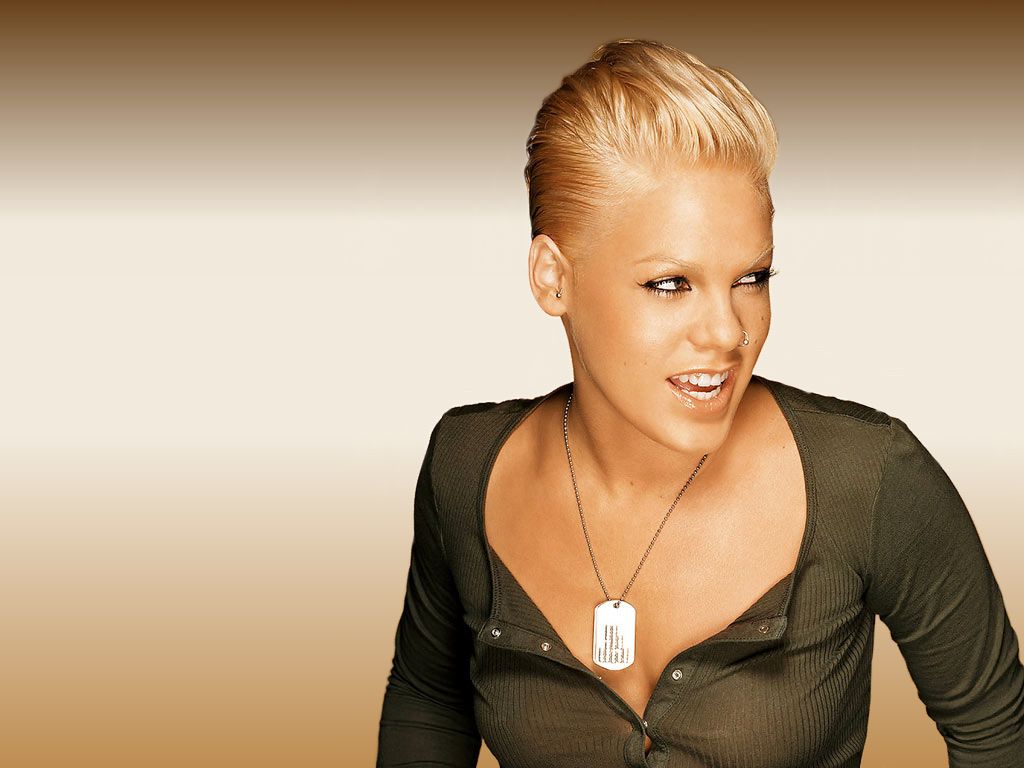 Pink has named Madonna and Janis Joplin as her biggest musical influences. In a 2000 interview with MTV, Pink said that during her childhood she used to think that she was Madonna's daughter, saying: "I've always been the type of person that followed Madonna like a lost puppy. I didn't speak to my mother for a year, because I was sure she adopted me." She stated, "Madonna has always been an inspiration for me... I was a fan right from the first time I heard 'Holiday'."