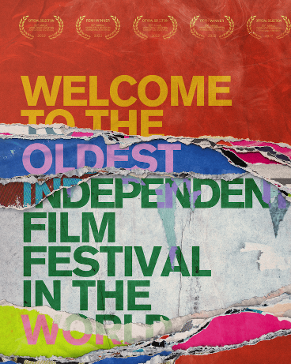 This festival stated Wednesday, April 20, 2022 and continues through tomorrow, Sunday April 24, 2022.
55th WorldFest-Houston International Film Festival—the third oldest film festival in North America and the very oldest independent film festival in the world—returns for five days of in-person screenings of full length and short feature films and documentaries created by directors from around the world.

This year, the festival will present 30 feature and 60 International short film premieres, compliented by opening and closing celebrations, and other special events across the five days.

(From All Music.com) After making his introduction as a sensitive, acoustic-styled songwriter on 2001's Room for Squares, John Mayer steadily widened his approach over the subsequent years, encompassing everything from blues-rock to adult contemporary in the process. As 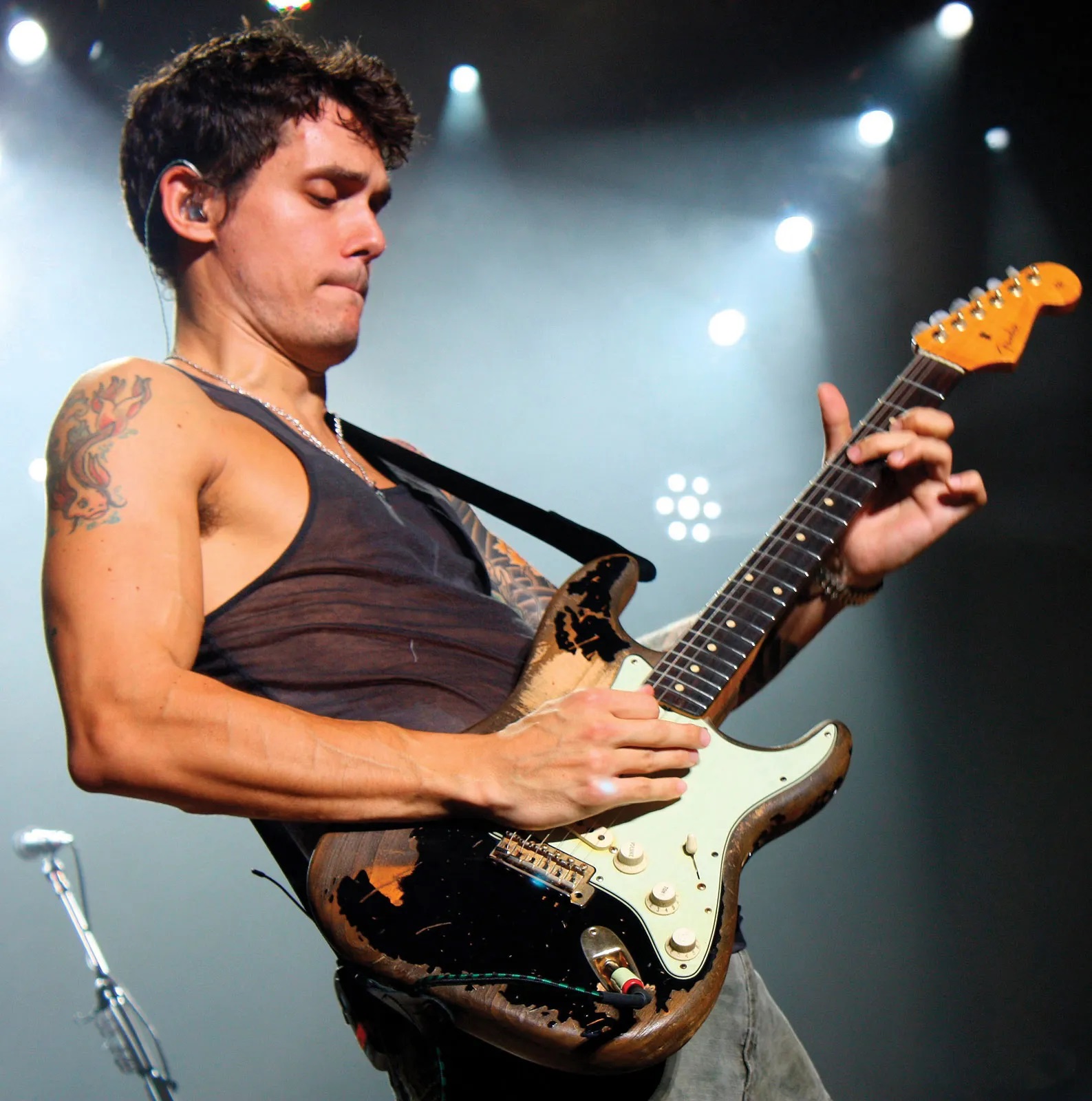 adept a guitarist as a singer, Mayer gained widespread attention, spiking his songcraft with jazz chords and literate turns of phrase. The combination proved to be quite popular, as Room for Squares went triple-platinum before its follow-up release, Heavier Things, arrived in 2003 at the top of the Billboard 200. Accolades followed, including Grammys for hits like "Your Body Is a Wonderland" and "Daughters."

He reached number two on the Billboard 200 with 2006's Continuum, an album that earned him further Grammy Awards for Best Pop Vocal Album and Best Male Pop Vocal Performance. Mayer continued to transform his sound with each album, moving beyond the material that had launched his career and adopting elements of rock, blues, and soul. Moreover, he partnered with legends of several genres, making guest appearances on albums by Buddy Guy, Eric Clapton, and B.B. King while touring with jazz icon Herbie Hancock.
Read more @All Music.com (Click Here)

Commemorate the grand opening of the immersive Department of Wonder experience at Sugar Land Town Square with a musical and theatrical performance by Texas choral rock group Polyphonic Spree, plus interactive activities, art exhibits and a kid’s disco dance party.

Kinder HSPVA’s Encore 50 invites audiences of all ages to join the party  as Houston’s High School for the Performing and Visual Arts celebrates fifty years of excellence! Students will share selections from every fine arts  department at the school: Creative Writing, Dance, Instrumental Music, Theatre,Visual Arts, and Vocal Music. In 1971, the Houston Independent School District 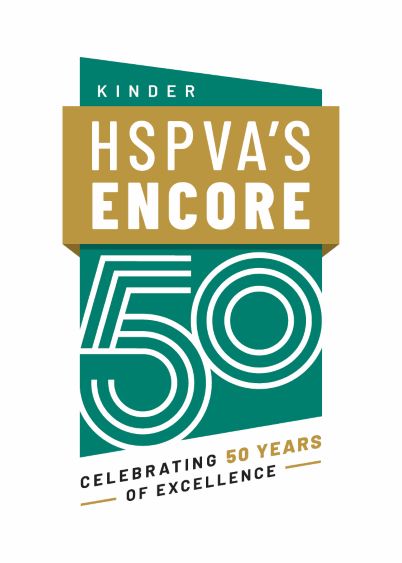 launched HSPVA  as  its first magnet program. Since then, the school has become a beacon of equity  and diversity, and of artistic and academic excellence. Today, Kinder HSPVA isa model for arts schools around the country. In addition to current students, Encore 50 will feature special  guests, including some of the school’s most acclaimed alumni. Audiences will  get to see how the school’s renowned pre-professional arts training has evolved  over time through archival footage and behind-the-scenes video. The show will  also include remarks from HSPVA faculty legends and members of the Houston arts  community who have helped the school grow into a successful launch pad forcre  ative leaders.

(From All Music.com) Beth Hart emerged in the 2010s as a formidable singer and songwriter on the contemporary blues scene. Her rise to stardom was a long time coming. Hart first made inroads as a contestant on Star Search in 1993 and had a brief period where she was pushed as a possible adult alternative act, landing a slot on the 1996 Lollapalooza tour.

A series of bad business breaks and personal troubles kept her on the margins throughout the 2000s, but in 2011, she teamed up with blues guitar hero Joe Bonamassa for Don't Explain and the collaboration rejuvenated her career. Alternating between records with Bonamassa and solo albums, Hart developed a reputation as an incisive, soulful songwriter and a powerful vocalist. She took artistic risks on her records, too, changing her backing musicians and collaborating with superstar producer Rob Cavallo for her stark, intimate 2019 album War in My Mind; he also produced her 2022 A Tribute to Led Zeppelin.

(From Beth Hart.com) The Blues Magazine once dubbed Beth Hart “the ultimate female rock star”, and there’s no doubt that her two-decade career is the ultimate thrill-ride. Born in Los Angeles, she released a fistful of hit albums through the ’90s, then reignited in the post-millennium as both a solo artist and the head-turning vocalist for guitar heroes like Joe Bonamassa, Jeff Beck and Slash. “Extraordinary,” wrote The Times of her once-a-generation voice box, while The Guardian praised her “daring, brooding and angry” performances.

No country singer had as smooth a touch as Ronnie Milsap. This weekend the country music singer and pianist makes his way to Houston's Arena Theatre.

Did you know? The seventy-nine year old was one of country music's most popular and influential performers of the 1970s and 1980s. He became one of the most successful and versatile country "crossover" singers of his time, appealing to both country and pop music markets with hit songs that used pop, R&B, and rock and roll elements.

(From All Music.com Stephen Erlewine) Blending country and soul so elegantly he could often appeal to a pop audience -- and he did: "(There's) No Gettin' Over Me" went all the way to number five on Billboard's Hot 100 in 1981 -- Milsap also had deep roots in soul. Long before he was a fixture on the country charts -- during his prime, he racked up 35 number one hits -- Milsap cracked the R&B charts with a version of Ashford & Simpson's "Never Had It So Good," and that familiarity with rhythm & blues was apparent throughout his work.

Ronnie Milsap - (There's) No Gettin' Over Me

Nevertheless, his strength lay in taking it easy, a quality evident on "Pure Love," his breakthrough number one in 1974. Arriving just after Charlie Rich brought a similar country-soul synthesis into the upper reaches of the charts, "Pure Love" rocketed to number one on Billboard's country charts, followed to that position by "Please Don't Tell Me How the Story Ends" -- a one-two punch that turned the singer into a star. Milsap sustained that stardom for nearly two decades, remaining a fixture in the charts by subtly, slyly adapting to the times: he borrowed some of the urbane slickness of Urban Cowboy at the dawn of the '80s and happily made videos during the peak of MTV. As he entered his mature phase, he capitalized on a nostalgic streak, remaking rock & roll chestnuts in the mid-'80s, thereby setting himself up to ease into the oldies circuit once the hits dried up in the early '90s. Despite relying on his old songs, Milsap never entirely stopped recording, resurfacing every decade or so for a splashy comeback along the lines of 2006's My Life or 2019's The Duets, albums that punctuated such easy-rolling records as 2021's A Better Word for Love. Milsap earned an induction into the Country Music Hall of Fame in 2014. (Read more @All Music.com click here) Comedian Carlos Mencia makes his way to northwest Houston this weekend at The Improv. Whether it his man-on-the-street interviews or studio comedy commercial parodies Mencia demonstrates an extraordinary his comic ability to connect with his audience.

Aretha Franklin captured our hearts with her powerhouse voice and soulful refrains about love, pain, and triumph. This weekend the Houston 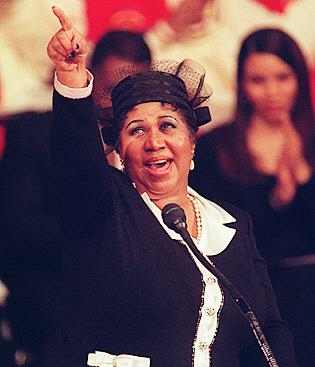 Symphony honor the late R&B singer. Capathia Jenkins, Ryan Shaw, and the Symphony hail the Queen of Soul who demanded the world’s R-E-S-P-E-C-T, performing showstoppers like “Chain of Fools,” “You Make Me Feel Like A Natural Woman,” and “Respect.”

It was in 2015 Frankly played the Kenney Center in Washington DC celebrating the woman who wrote one of her signature songs, (You Make Me Feel Like) A Natural Woman. 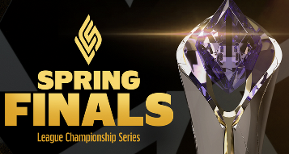 This weekend in NRG Park at the stadium will be the LCS Spring Finals. This will be the first time this esport game will be held at a large venue like NRG Stadium. The League Championship Series (LCS) is the top level of professional League of Legends in the United States and Canada.

The esports league is run by Riot Games and has ten franchise teams. Each annual season of competition is divided into two splits, spring and summer, which conclude with a double-elimination tournament between the top eight teams. At the end of the season, the winner, runners-up and third-place team of the summer playoffs qualify for the annual League of Legends World Championship.