New Orleans rapper Big Freedia, is known as the ambassador of New Orleans Bounce music. A vibrant twist on hip-hop, Bounce music is characterized by call-and-response lyrics over rapid-fire beats and booty-shaking.

After running the New Orleans club scene for over two decades, Big Freedia is bringing the Bounce movement to a world-wide stage with her hit reality show, Big Freedia Bounces Back on Fuse. The weekly docu-series, now in its sixth season, follows the life of a gay choirboy turned Bounce rapper and remains the highest rated original series on the network. 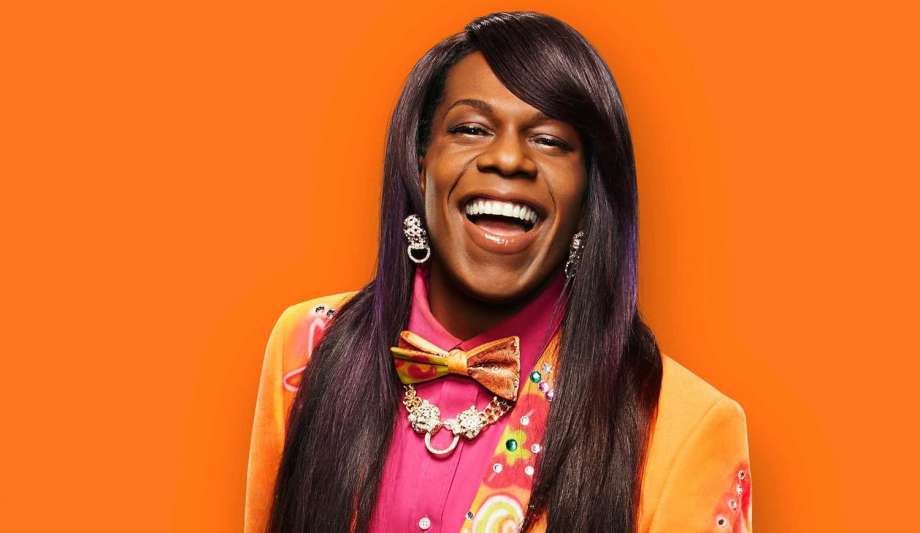 In 2015, Freedia collaborated with Beyonce on the Grammy-nominated single, “Formation.” A collaboration with pop-vocalist Sia for “Eye of the Needle” was released in 2015 as part of the Adult Swim Series and Big Freedia’s single “I Heard” was released in February. Freedia’s first LP, “Just Be Free” was named one of the ‘best electronic releases of 2014’ by Rolling Stone and was critically acclaimed in outlets such as Pitchfork.com, SPIN.COM, USA Today, and consequenceofsound.com.

She and her shake team are a festival favorite, often known to steal
the show at Outside Lands,
Fun Fun Fun Fest, and Bumbershoot.

Big Freedia maintains a rigorous tour schedule which features her legendary shake team and Bounce dance moves like “the twerk” (popularized by Miley Cyrus in 2013), “the shake” “the wiggle,” “the bend ova,” the “hands on the ground,” to name just a few. She and her shake team are a festival favorite, often known to steal the show at Outside Lands, Fun Fun Fun Fest, and Bumbershoot.

In 2015, Big Freedia penned her first memoir, Big Freedia: God Save the Queen Diva! on Gallery Books/Simon & Schuster. The book was hailed in the press by outlets from Rolling Stone and Pitchfork to Out and Bust.

In 2012, Big Freedia made her television network debut on Jimmy Kimmel Live! She has also appeared on Last Call with Carson Daly, Watch What Happens Live, NPR’s All Things Considered, NPR’s Marketplace, Totally Biased with W. Kamau Bell and The Real. Her TV show received the GLAAD Media Award in 2014 and was nominated again for the award again in 2015.

Big Freedia’s sophomore album will be released in 2017.

Founded by the American Motorcyclist Association (AMA) in 1974, the AMA Supercross Championship races are held from January through early May. Supercross is an offshoot of the sport of motocross, which takes place on natural terrain. Supercross racing, while related, involves off-road motorcycles on an artificial, man-made dirt track consisting of steep jumps and obstacles. The tracks are usually constructed inside a sports stadium. The easy accessibility and comfort of these stadium venues helped Supercross surpass motocross as a spectator attraction in the United States by the late 1970s.
Among the obstacles, riders must navigate through every lap. The track takes a combination of obstacles such as whoop sections (where riders skim along the tops of multiple bumps), rhythm sections (irregular series of jumps with a variety of combination options), and triple jumps (three jumps in a row that riders normally clear in a single leap of 70 feet or more). Many of the turns have banked berms, but some are flat. It takes roughly five hundred truckloads of dirt to make up a supercross track. Soil conditions can be hard-packed, soft, muddy, sandy, rutted, or any combination thereof.

With a pair of 250SX Western Division Championships on his mantle, Cooper entered the rough and tumble world of 450SX competition last season to cut his rookie teeth. Webb didn’t start as strong as some would have hoped, but, by the Oakland round, he found himself on the podium and riding with a ton of confidence. He would win his heat race the following weekend in Arlington and had a lot of eyes on him to possibly win the main event. Instead, Cooper suffered a flat tire and his chances were dashed. Unfortunately, he would have a crash and injured his shoulder the following weekend in Minneapolis.

Webb would miss a few weeks, then he began working his way back into form worthy of placing on the podium. He was on fire at the Seattle round, running in the second position for most of the 450SX Main Event before crashing spectacularly. That would be about the end of the flashes of brilliance during his rookie campaign, but he had already proven that he has what it takes to win races and place on the podium.