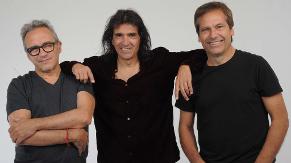 The black metal band from Portland, Oregon, formed in 2018 make their way to White Oak Music Hall this weekend.

The band is the work of multi-instrumentalist, Marliese Riesterer. The debut album, Godslastering: Hymns of a Forlorn Peasantry, was released in 2021 by Iron Bonehead Productions and received positive feedback from music publications such as Decibel and Banger.

(From everybodywiki.com) Hulder's music is referred to as "Dark Medieval Black Metal" that incorporates lyrics that cover topics such as "darkness, self-power, loss, sorrow and ultimate triumph" Regarding the style contained in Hulder's music, Spectrum Culture's Colin Dempsey wrote: "Hulder reconstructs the genre’s greatest hits into mobile frameworks. There are pieces of ’90s Norwegian black metal, smatterings of NWOBHM influence and delegations into folk and dungeon synth. Most prominent is how much Hulder draws from a place in the nightside eclipse. Hulder brews these components together through seamless transitions and proactive songwriting."

Most of America knows 72-year old Andy Huggins from his standout appearance on America’s Got Talent in 2018. We all gasped a little when Howie Mandell recognized him from their days starting out together at The Comedy Store in Los Angeles. All of Houston comedy looked on as one of their own took center stage on one of the nation’s largest talent competitions.

The aspiring comedian from Houston, Texas once performed alongside Howie Mandel and is now performing for all of America.

Now, Andy Huggins takes the stage on the biggest night of his career to record his definitive comedy album!

Andy Huggins is a 45-year veteran of stand-up comedy. He was, along with Bill Hicks, Ron Shock and others, one of the original Texas Outlaw Comics, a group of Houston-based comedians who famously convened at Houston’s Comedy Workshop in the 1980s. Along with Huggins, the cadre included names like Ron Shock, Jimmy Pineapple, Sam Kinison and Bill Hicks. They set their own, individual legacies but as a group they helped put Houston on the comedy map.

Join Andy Huggins for one night only as the last of an era records his legacy.

(From All Music.com - Andy Kellman) Hip-hop producer Tall Black Guy specializes in a predominantly mellow and sample-based sound rich with atmosphere and musicality. Counting DJ Premier and Pete Rock as inspirations, and Questlove and BBC DJ Gilles Peterson among his admirers, the native Midwesterner has been operating since the second half of the 2000s with an array of original productions, remixes, edits, and collaborations, throughout which he has been equally adept at working with rappers, singers, and sampled voices.

His full-length recordings range from 8 Miles to Moenart (2013) to Airplane Mode (2021), and include the Zo! collaboration Abstractions (also 2021). (Read more @ All Music.com Click here) 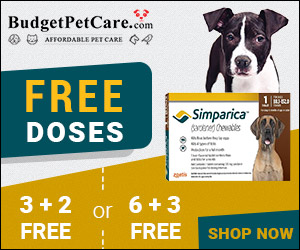