The Lilies of the Field
@Miller Outdoor Theatre 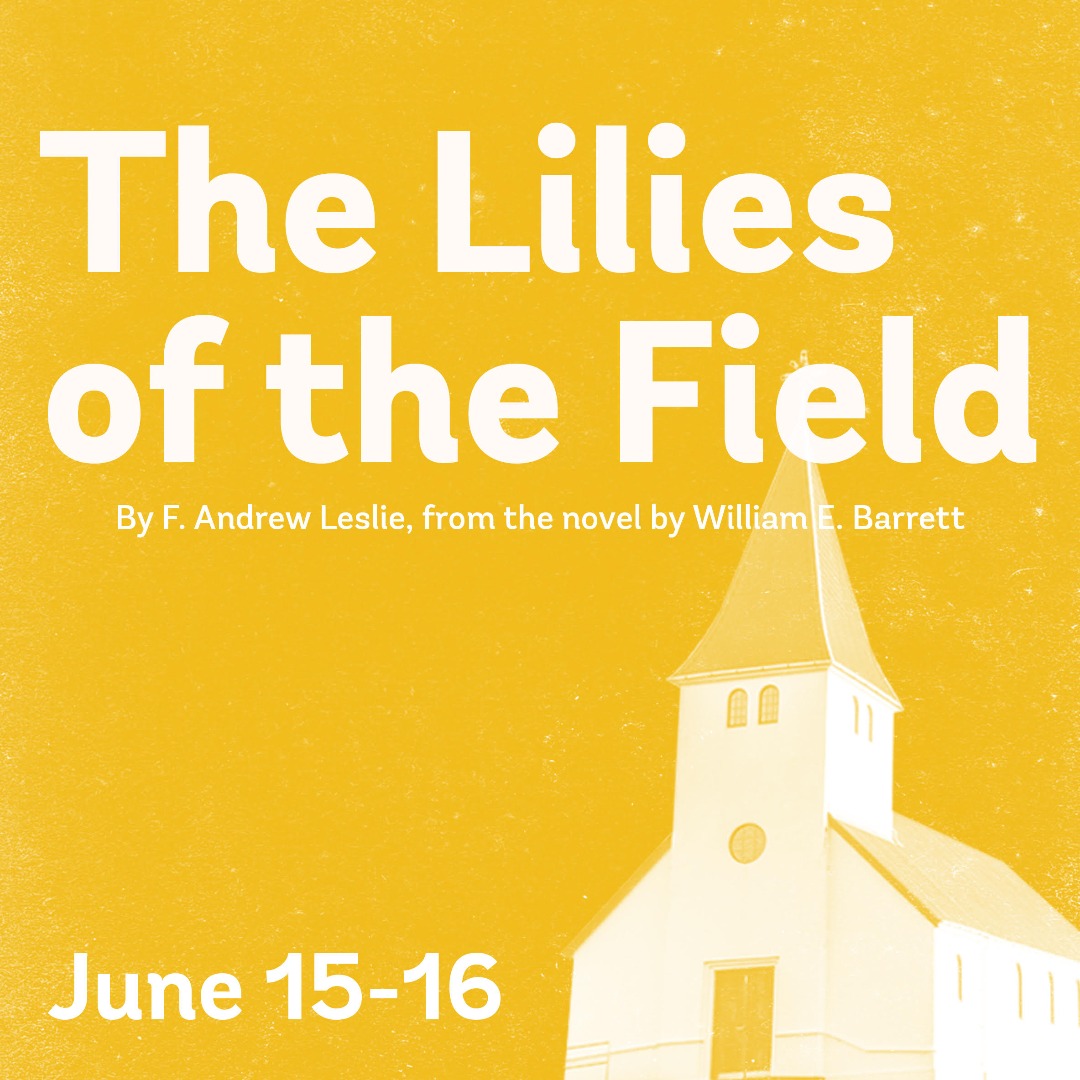 It was 1962 when William Barrett wrote his novel "The Lilies of the Field". The novel was based on a true story involving the Sisters of Walburga.

This is how the story goes:

Homer Smith, just out of the US Army, buys a station wagon in Seattle, equips it for sleeping in and sets out to see the West. Having learned many skills in the army, he picks up jobs as an itinerant handyman/jack-of-all-trades.

One morning, he comes to a derelict-looking farm in a valley west of the Rocky Mountains. He sees several women working on a fence, very ineptly. The women, who speak German but very little English, appear to be Catholic nuns. He offers to do a small repair job. He stays overnight, assuming that he will be paid in the morning. Next day, Smith tries to persuade the mother superior to pay him, but it is clear that Old Mother, as he now calls her, is convinced that Smith has been sent by God to build them a church.

The nuns – Mother Maria Marthe, sisters Gertrud, Albertine, Elizabeth and Agnes - have no money, subsist on little food and have no materials to build their church, Nevertheless, Smith, although a Baptist, agrees to stay on to help them with other small jobs, but realizes that he is unlikely to be paid for his labor.

The story of ‘Schmidt’ gains legendary status very quickly. Tourists come to admire the church, stories are written in the press and donations are made to complete other buildings. A school is established for boys who have been in trouble with the law, just as the nuns wanted. The centrepiece of the church is a painting by Sister Albertine of Saint Benedict the Moor, who bears an uncanny resemblance to Smith.

The novel was filmed as Lilies of the Field in 1963. Its lead actor, Sidney Poitier, won an Academy Award for Best Actor for playing the role of Homer Smith.

This weekend at BBVA its rugby football. Did you know that this game preceeded our American football? At any rate, its USA Rugby vs. Scotland.
Rugby football (both league and union) is one of many versions of football game played at English public schools in the 19th century. Although rugby league initially used rugby union

rules, they are now wholly separate sports. In addition to the two existing codes, both codes of gridiron football (American football and Canadian football) have evolved from rugby football, but each has key differences.
Founded in 1975, USA Rugby is the national governing body for the sport of rugby in America, and a Full Sport Member of the United States Olympic Committee (USOC) and World Rugby.
The league is headquartered in Lafayette, Colorado, USA Rugby is charged with developing the game on all levels and has over 115,000 active members. USA Rugby oversees four national teams, multiple collegiate and high school All-American sides, and an emerging Olympic development pathway for elite athletes.
. . .more at BBVA Compass click here

Kesha and Macklemore's tour stops in The Woodlands with what they're calling, 'The Adventures of Kesha and Macklemore' Tour. The tour follows celebrated eras for both artists. For Kesha, that has included her triumphant latest No. 1 album ‘Rainbow,’ a completely sold-out headlining tour, and two recent

GRAMMY® nominations. For Macklemore, ‘Gemini,’ his first solo effort in 12 years, debuted at No. 2 on The Billboard 200 chart, No. 1 on the charts for Rap, R&B/Hip-Hop and Independent Albums and includes Platinum-certified single “Glorious” with the viral video that has been viewed over 95 million times. Macklemore also recently wrapped up a completely sold-out US tour.
They will be joined by Wes Period, The Gazette.com described this rapper like this; originally from La Habra, California, Wes Period

first made himself known with his 2011 EP, Friendly Fire. Despite his young age, he has continuously churned out unique, and refreshing sounds. A frequent collaborator, he has worked with many artists such as Mystery Skulls, Fat Tony, Lovelife,Jez Dior, and The Heavytrackerz.
. . .more at  Woodlandscenter.org click here