Jon Bellion makes his way to Bayou Place and Live Nation's Revention Music Center this weekend with his "Glory Sound Prep Tour". Bellion ownes his success for putting him on the popular music scene to Face Book. Bellion's first mixtape, Scattered Thoughts Vol. 1 was released in early 2011 on his Facebook page and reached over 11,000 downloads. Bellion composes and produces all of his own music.
. . .more Jon Bellion click here

The musical chronicles the life and music of crooner and native Washingtonian (DC) Marvin Gaye and how his love affair with the Motown founder, Barry Gordy’s older sister, Anna Gordy Gaye, changed music history forever.
The play was in Chicago, ILL last weekend, it makes its way to The Wortham Center this weekend (June 26th-30th, 2019).
“This story speaks a lot on the emotion of Marvin Gaye and his love affair with music and how that all coincides with his love affair with Anna Gordy Gaye, and how it changed the world musically, because that relationship, within itself, changed the paradigm of music so to speak,” Chae Stephen, who plays the older Marvin Gaye in the musical said to AFRO.com, the Washington DC black newspaper.
The play was in the Washington DC area a the National Theatre the early part of May 2019.
. . . more Pride & Joy The Marvin Gaye Music click here

The musical adaptation of the 1992 animated film, with music by Alan Menken and lyrics by Howard Ashman, Tim Rice and Chad Beguelin, was nominated for five 2014 Tony Awards, including Best Musical. The road show makes its way to the Hobby Center for nearly a month long of performances.

From the producer of The Lion King comes the timeless story of Aladdin, a thrilling new production filled with unforgettable beauty, magic, comedy and breathtaking spectacle. It’s an extraordinary theatrical event where one lamp and three wishes make the possibilities infinite.
. . .more Aladdin The Musical click here 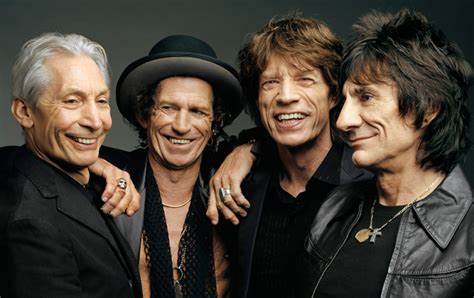 The Rolling Stones have not played Houston in over a decade. This July, the iconic rock band make their way to NRG Stadium.
The voice/showman behind the group,  lead singer Mick Jagger pushing well into his 70's had some health issues recently. Jagger underwent a heart procedure to replace a valve, prompting the Rolling Stones to postpone their North American leg of their No Filter Tour.
The Rolling Stones were at the forefront of the British Invasion of bands that became popular in the United States back in 1964 and were

identified with the rebellious counterculture of the 60s. The band's sound was rooted in blues and early rock and roll, the band started out playing covers, but found success with their own material; songs such as "(I Can't Get No) Satisfaction" and "Paint It Black" became international hits.
. . .more Rolling Stones click here

Jeanne Robertson is a professional speaker who specializes in hilarious humor based on her life experiences. Speaking to thousands of people annually, she utilizes her positively funny style to illustrate that a sense of humor is much more than a laughing matter. It is a strategy for success.

Her witty depiction of everyday situations never fails to have audiences of all ages rolling with laughter. Be prepared for “Don’t Bungee Jump Naked”, “Don’t Send a Man to the Grocery Store” and so much more!

Group A winner Mexico will take on Group B runner-up Costa Rica, while Group B winner Haiti is set to face-off against Canada, who placed second in Group A after three rounds of group stage play.