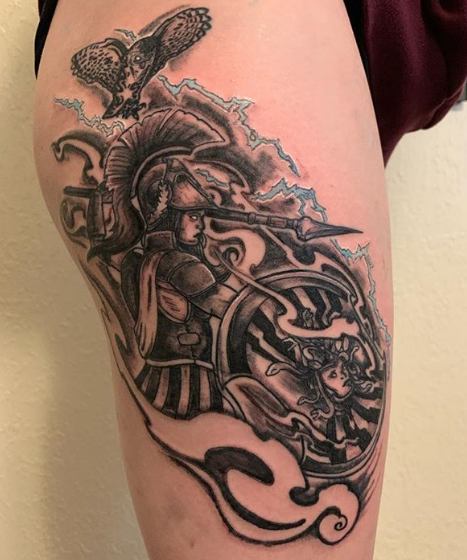 ter, June 7th- 9th, 2019. Villain Arts is excited to host a bigger & better show this year. The Houston Tattoo Arts Convention is for industry professionals and tattoo lovers as well. The general public is welcome.

Houston Ballet once again will present The Merry Widow, originally an operetta by Franz Lehár. The Merry Widow is schedule by the company this weekend (May 31st thru June 9th, 2019) at the Wortham Center on the Brown stage.
The musical arrangement has been used for two ballets: the first was choreographed by Ronald Hynd for The Australian Ballet in 1975, while the second was choreographed by Veronica Paeper for CAPAB (since renamed the Cape Town City Ballet Company in South Africa) in 1988.
The Bayou City ballet company is describing Hynd's version as a delicious cocktail of witty and intriguing characters based on the famous 1905 operetta by Franz Lehár.
. . .more Houston's Ballet's The Merry Widow click here

At the Woodlands Pavilion. Frank Sinatra and Ella Fitzgerald are two of the most influential jazz performers to ever pick up a mic. Under the guidance of conductor Lucas Waldin and the Houston Symphony, their iconic styles will share The Pavilion’s Main Stage for one very special night.  More info at www.woodlandscenter.org.

Humphreys School of Musical Theatre returns to Miller Outdoor Theatre with The Addams Family, a creepy, kooky, mysterious, and spooky musical comedy that will delight the whole family! Based on the iconic characters created by legendary cartoonist Charles Addams, this ghoulishly fun Broadway musical follows a now grown-up Wednesday Addams, the ultimate princess of darkness, who has fallen in love with a sweet, smart young man from a respectable family – a man her parents have never met. And if that weren’t upsetting enough, Wednesday confides in her father and begs him not to tell her mother. Now, Gomez Addams must do something he’s never done before – keep a secret from his beloved wife, Morticia. Everything will change for the whole family on the fateful night they host a dinner for Wednesday’s “normal” boyfriend and his parents. Go to www.milleroutdoortheatre.com for more info, or call 281.373.3386.

Chicago The Musical
Jones Hall for
the Performing Arts

There’s never been a better time to experience CHICAGO, Broadway’s razzle-dazzle smash.This triumphant hit musical is the recipient of six Tony Awards®, two Olivier Awards, a Grammy®, thousands of standing ovations and now the #1 longest-running American Musical in Broadway history. CHICAGO has everything that makes Broadway great: a universal tale of fame, fortune and all that jazz; one show-stopping song after another; and the most astonishing dancing you’ve ever seen. It’s no surprise that CHICAGO has wowed audiences from Mexico City to Moscow, from Sao Paulo to South Africa. And now it’s coming to your town! Whether you’re looking for your first Broadway musical, whether you’ve seen the Academy Award®-winning film and want to experience the show live on stage or whether you’ve seen it before and want to recapture the magic, CHICAGO always delivers! Tickets at 713.227.4SPA or www.spahouston.org.