Rock and Roll Hall of Fame inductees ZZ Top are coming on strong with their 50th Anniversary Texas Bash celebrating a true career milestone with performance dates in three "Texas towns” this May. The band’s 50th-anniversary celebration is set to commence May 17 in Dallas, Austin and here at Cynthia Woods Mitchell Pavilion in The Woodlands, Saturday, May 18, 2019. The shows feature performances with friends and fellow rock legends Bad Company and Cheap Trick. In The Woodlands it will be Cheap Trick. The Texas Bash concerts launch ZZ ’s anniversary tour that has them rocking across North America and onto their UK and European shows throughout 2019.
. . . more ZZ Top click here

It was in 1896 Italian composer Giacomo Puccini created this opera and it was Luigi Illica and Giuseppe Giacosa libretto, based on Scènes de la vie de bohème by Henri Murgertto that gave it life. This weekend Miller Outdoor Theatre will Present La Boheme, Produced by Houston Grand Opera. La bohème has become part of the standard Italian opera repertory and is one of the most frequently performed operas worldwide.
Puccini’s enchanting La bohème tells the heartbreaking tale of a group of young, Parisian artists living life to the fullest during the bohemian revolution.
In this beloved production, Mimì and Rodolfo’s romance unfolds against a set inspired by Marcello’s paintings, as if their story is seen through his eyes. With delightful music you’ll recognize, this famous tale is one you won’t want to miss.
The libretto of La bohème is based on Henri Murger's novel, Scènes de la vie de bohème, a collection of vignettes portraying young bohemians living in the Latin Quarter of Paris in the 1840s. Although usually called a novel, it has no unified plot. Like the 1849 play by Murger and Théodore Barrière, the opera's libretto focuses on the relationship between Rodolfo and Mimì, ending with her death. Also like the play, the libretto combines two characters from the novel, Mimì and Francine, into the single character of Mimì.
. . . more La bohème  click here. 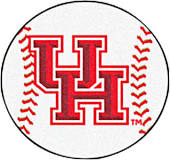 It’s that time of year when the rains and the growing season commences with strawberries a stable crop for southeast Texas. In Pasadena, Texas they celebrate this with a parade and festival. The annual Strawberry Festival is this weekend, May 17th-19th, 2019.
The festival's parade had to be canceled last weekend because of the stormy weather.
The festival's statement, "We do not make this decision lightly; we look forward to the Parade every year, as it's the kickoff event for each year's Festival, and the community always comes out and supports us by watching and participating."
But this weekend everything is a go. Look for what the festival calls the largest strawberry shortcake.
The uniqueness of this strawberry festival is its beginnings. Strawberry Festivals are held throughout North America and the world, but Pasadena's had an interesting beginning.
. . . more Pasadena Strawberry Festival click here