It will be some of the biggest names in electronic music are joining forces for a can’t miss Saturday night – The Alchemy Tour produced by Live Nation.
NGHT

It all started for NGHTMRE when hecreated trap and house remixes of songs by Tiësto, Rae Sremmurd, and Skrillex. Later on, he started producing his own songs, as well as, collaborating with other producers. He gained recognition when Skrillex played one of his songs during a set at Ultra Music Festival. In 2016, he released his EP titled Nghtmre which charted on Billboard's Top Dance/Electronic Albums chart. Now he is headling EDM venue around the globe.
. . . more Alchemy Tour click here

In and About Town Editor's Picks

The Midtown Men Tenth Anniversary Tour reunites stars from the Original Broadway cast of the smash hit musical, Jersey Boys . Launched in 2010 from their three year rocket ride together bringing to life the sound story of Frankie Valli and The Four Seasons , Broadway’s breakout vocal sensation is widely celebrated for their signature renditions of the iconic hits of the 1960s. Together, they have played over 850 concerts across North America, Asia and Europe and have headlined over 35 major symphonies including The National Symphony and repeat engagements with The Boston Pops. More info at www.thegrand.com. 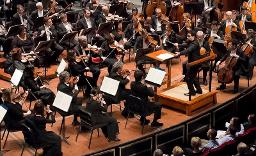 Breezy tunes, breakneck pace and plenty of Jazz Age swagger make Gershwin’s Concerto a firm audience favorite, and Jean-Yves Thibaudet lends his individual style and interpretive flair to this much-loved masterpiece. Copland’s lively snapshot of a Mexico City dance hall, the familiar melodies of Porgy and Bess and music of Mexican-great Carlos Chávez complete this musical collage of color and exuberance. Tickets at 713.224.7575 or www.houstonsymphony.org. 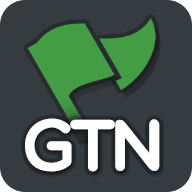 This fun and exciting video game tournament will allow gamers from all across the land to showcase their skills for a grand prize. If you have a passion for video games or just simply think you are one of the best gamers, you definitely do not want to miss out on this event. You must register in advance for this tournament. Registrations for this event will sell out fast. As long as you keep winning, you keep playing. You will attend a 2nd day of tournament action on Septeber 29 starting at 8:30am if you have still not been eliminated. More info at www.houstontoyotacenter.com.