In October of last year Circle Jerks announced their first North American Tour in more than 15 years, a cross-continental tour extending through the fall and into spring 2022. This weekend they're at White Oak Music Hall along with Negative Approach and 7 seconds.

(From All Music.com-Al Campbell) Formed in 1979 by Black Flag vocalist Keith Morris and Redd Kross guitarist Greg Hetson, the Circle Jerks combined the rebelliousness of the Sex Pistols and Ramones with the aggressive athletic elements of the surfer/skateboarder crowd from Hermosa Beach. This coastal city just south of Los Angeles ignited the initial explosion of hardcore bands. Including bassist Roger Rogerson and drummer Lucky Lehrer, the band recorded their debut album, Group Sex, in 1980 on Frontier Records. Containing 14 tracks, the songs ranged in length from 1:35 to 27 seconds, taking the hyper blast of punk to the next extreme. With the release of the album, an appearance in the documentary film about L.A. punk The Decline of Western Civilization, and their incendiary live performances, the group's stature was assured in the budding hardcore community.

Their second LP, 1982's Wild in the Streets, continued the intensity while injecting a humorous slant into the music by covering '60s pop hits "Just Like Me"/"Put a Little Love in Your Heart," applied with their slamdancing aggression. The joke was expanded on Golden Shower of Hits, their third album, released in 1983. The second time around they tackled "Along Comes Mary," "Afternoon Delight," "Having My Baby," and "Love Will Keep Us Together." Golden Shower also marked the incorporation of a few longer songs that hovered around the three-minute mark, including "Under the Gun," "High Price on Our Heads," and "Rats of Reality." At this point the band took a two-year break, which found Hetson joining the newly formed Bad Religion, taking on guitar duties for both bands well into the next decade. Read more @All Music.com (Click Here) (From all Music.com-Marcy Donelson) Ethel Cain's lilting voice and intimate adult alternative songs navigate melancholy moods and dreamy, reverb-drenched atmospheres. After using other aliases as a teen, she emerged as Ethel Cain with a series of EPs in the late 2010s and early 2020s before presenting her full-length debut, Preacher's Daughter, in 2022.

Born in Tallahassee to a church deacon and his wife, Cain was home schooled throughout her formative years in northern Florida and sang in the church choir from a young age. Soon after discovering the music of Florence + the Machine, Cain wrote her first album's worth of material on a Casio keyboard around the age of 15. Read more @ All Music.com (Click Here) There’s something magical that happens when musicians gather to perform for the fun of it. You can experience that same magic as Mercury perform some of our favorites including showpieces by Vivaldi, Elgar, Fritz Kreisler, George Gershwin and more. 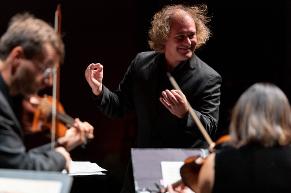 Mercury Chamber Orchestra, founded in 2000, has a mission to bring music to live and to people across Houston and beyond. Mercury continues to receive critical and audience acclaim for innovative and welcoming performances, while also impacting the lives of young Houstonians through award-winning music education programs

[Disclaimer]
Houston's Weekend Planning Guide participates in various affiliate marketing programs, which means, we receive paid commissions on purchases made through our links to retailer sites.   Our editorial content is not influenced by any commissions we receive.

(From Reverbnation.com) This rock/metal juggernaut - vocalist Robert Rice, guitarists Larry Gilstrap and Adam Simmons, bassist Kris Wood, and drummer Martin Eck – not only know how to

deliver the goods, but have the track record to prove it. With the band’s debut EP in 2012 and subsequent releases in 2013 and 2015, the band has continued to deliver the aggressive tracks that has gained them a rabid fan base from the start. With an unwavering “do it yourself” work ethic that has proven to be second to none, they have risen to the top and stayed there as others have come and gone.

Twelve Years Driven released their highly anticipated fourth EP entitled "War" on May 6th, 2017. Recorded by Brad Lambert at Psychonaut Studios in Houston, TX...mixed by Dave Fortman at Fortman Production Studios in Mandeville, LA...and master by Ted Jensen at Sterling Sound, NYC...It's guaranteed to be their heaviest and most aggressive offering to date while maintaining that signature TYD sound that has helped differentiate them from the rest!
. . . more @Reverbnation.com (Click Here)