“The awarding of gold label status marks the culmination of many years of dedication to the elite athletes in our sport,” said Chevron Houston Marathon Race Director and Board President Brant Kotch. “We are proud to showcase our support of these athletes through this recognition and feel it further emphasizes our commitment to clean sport.”

Established in 1972, the Houston Marathon Committee, Inc. (HMC) annually organizes the nation’s premier winter marathon, half-marathon, and 5K. Over 250,000 participants, volunteers and spectators make Chevron Houston Marathon Race Day the largest single-day sporting event in Houston. A founding member of Running USA, the HMC conducts IAAF rated events that retained Gold Certification from the Council of Responsible Sport and was awarded the AIMS Green Award for industry-leading sustainability initiatives. Race Weekend generates over $50 million in economic impact for the region annually. In 2016, the Run for a Reason Charity Program raised $2.3 million, while the Houston Marathon Foundation supported youth and community running initiatives. Televised annually by broadcast partner ABC13, 2016 was the first time that the event was syndicated live nationally and internationally on ESPN3 and the Longhorn Network. Host to 16 U.S. Half Marathon Championships since 2005 and the 1992 women’s Olympic Trials Marathon, the HMC also conducted the 2012 men’s and women’s U.S. Olympic Trials Marathon.

As instant gratification becomes the norm and certainty is worn as armor, Sean McConnell is choosing patience and ambiguity -- especially when it comes to himself. "I think embracing the blurry lines is a sign of getting older and just having more life experience," McConnel says. "It can be healthy to break your own boxes."

Sean is home in Nashville, reflecting on the path he's taken to recording Secondhand Smoke, his 13th album. A cohesive collection of modern folk music, Secondhand Smoke asks provocative questions about how we become who we are, what and whom we love, and the growth, pain, and freedom that come with accepting that some answers might elude us forever.

"The older I get, the more I find that is what it's all about -- that there is no way to answer it all," Sean says. "Being comfortable with mystery is a positive thing in all aspects of our lives. I definitely explore that in these songs."

A grassroots following now hundreds of thousands deep has turned to Sean for that kind of musical exploration for almost 20 years. Tim McGraw, Martina McBride, Brad Paisley, Rascal Flatts, Meat Loaf, Jake Owen, Brothers Osborne, Christina Aguilera, Buddy Miller and more have all recorded his songs -- a dizzying list that spans not just styles, but generations. Success shows no sign of slowing: Sean earned his first no. 1 single on country charts in early 2018 with breakout artist Brett Young's delivery of "Mercy," which the two co-wrote. As a performer, Sean packs listening rooms and quiets unruly bar crowds. His sound -- a warm tenor painting vivid stories over acoustic guitar often cushioned by keys or other strings -- has prompted a diverse range of music scenes from the storied Boston folk community to Texas's defiantly self-sovereign camp to warmly claim Sean as one of their own.
. . . more @The Heights Theatre.com

The Houston International Gem & Jewelry Show is one of the best exhibitions of gems, minerals and jewelry in the world. The show features one-of-a-kind jewelry creations, exotic gems, beads, pearls,

fine jewelry, estate collections and much more. With over 300 booths, people of all ages will find deep discounts and an amazing variety of beautiful jewelry to compliment this winter’s fashions. We offer convenience, selection and value, all in one place. 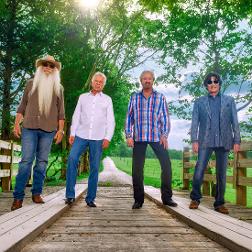