“A few weeks after PEOPLE.com confirmed that Osteen, 56, had invited West, 42, to his Lakewood Church in Houston, Texas, a source close to the rapper tells PEOPLE that Kim Kardashian West will be tagging along for the spiritual trip.

“Kanye has wanted to attend the Osteen service for a while now,” People says their source said, “They were just trying to find a date that worked. Kanye plans on flying to Houston this weekend.”

“Kim plans on attending as well,” the source adds of their visit on Sunday. “Kanye will be involved in the service. He is excited.”

The Houston Chron.com a few years ago noted, "His rise is a rarity in the history of American religion. Seldom has the son of a famous evangelist eclipsed his father.

Chron.com continues with, "At first, few would have thought him capable of it. A college dropout, he lacked his father's theological training and mastery of Scripture. He had no experience as a preacher. But he had an intuitive feel for television and, later, social media. He understood that he could use both to reach large numbers of people and forge intimate connections at the same time.

He recognized that corporate-style marketing could make Joel Osteen a national, even a global, brand synonymous with his particular creed of personal empowerment through God. One of his earliest hires was a branding expert."

This weekend with the adding of pop-rapper West; Osteen continues to grow his brand and welcomes a new soul to the ministry. Osteen and West will sit down and talk about West's new foundation in Christianity. 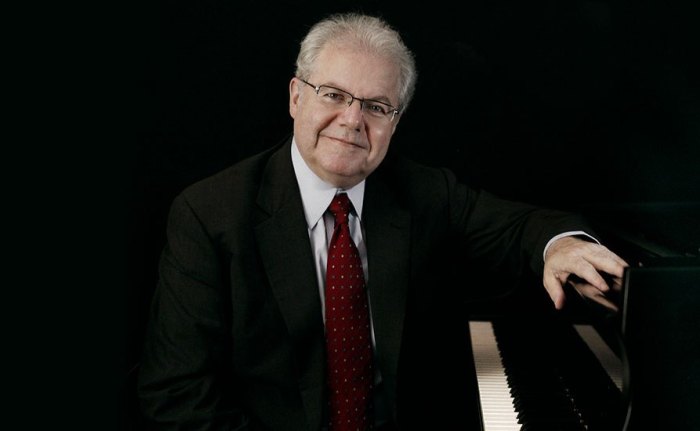 Awed by Beethoven’s colossal shadow, Brahms took 21 years to complete his first symphony. Within mere months of its premiere, a second came into being. Filled with sumptuous, free-flowing melodies and capped by a triumphant roar, this is music that reveals a symphonic master boldly taking on the mantle and making it his own. Beethoven’s Piano Concerto No. 1 sparkles with the crystalline beauty of Mozart, but courses with an intensity that’s all Beethoven. Legendary, seven-time Grammy Award-winning pianist Emanuel Ax is your soloist. Tickets at 713.224.7575 or www.houstonsymphony.org
Sun Nov 17, 2019 2:30pm – 5pm
615 Louisiana St, Houston, TX

'Bayou City Jazz Series' 2019 closes it's season with a bang; Nick Colionne and Paul Taylor. Recognized as smooth jazz's most debonair musician; Nick Colionne has done it all in his multi-faceted career. Nick's ability to electrify, has made him one of the most in demand headliners on the circuit. A Denver Colorado native, Paul Taylor has enjoyed an extraordinary journey in the contemporary urban jazz world. His constant identifiable sax tones, infectious melodies, and dynamic live performances are believed to be the keys to his success. More info and ticket information at www.houstonfirsttheaters.com
Sun Nov 17, 2019 5pm – 7:30pm

Once
@The Grand Opera House
in Galveston.

Winner of eight 2012 Tony Awards, including Best Musical, ONCE is a truly original Broadway experience. It tells the enchanting tale of a Dublin street musician who's about to give up on his dream when a beautiful young woman takes a sudden interest in his haunting love songs. Emotionally captivating and theatrically breathtaking, ONCE draws you in from the very first note and never lets go. It's an unforgettable story about going for your dreams ... not living in fear ... and the power of music to connect all of us. More info at www.thegrand.com
Sun Nov 17, 2019 3pm – 5:30pm
2020 Postoffice St, Galveston, TX