Trisha Yearwood with special guest Caylee Hammack make their way to Sugarland, TX this weekend (Sunday 11/3/2019 7:30 PM) at Smart Financial Center. Yearwood recently released her new album "Every girl". “I approached this album without any pressure or expectations,” she affirms. “You want people to recognize you as an artist, but you also want to take them somewhere they haven’t necessarily been with you before. With the freedom of no expectations, I got back to that feeling I felt on my first album, like I have to do this and put it out there. Over the years, I let go of worrying about perfection. I just wanted to have a good time. I realized maybe that’s when you do your best work.”
. . .more Trisha Yearwood click here

Enjoy the Musical Ambassadors of the Army as they perform to serve and inspire the American people by telling the Army story and honoring our Soldiers and Veterans at home and abroad. From Boston to Baghdad, Tampa to Toronto, The United States Army Field Band has been thrilling

audiences of all ages for more than six decades. As the premier touring musical representative for the United States Army, this internationally-acclaimed organization travels thousands of miles each year presenting a variety of music to enthusiastic audiences throughout the nation and abroad. Through these concerts, the Field Band fosters the support of the American people for members of the armed forces and supports diplomatic efforts around the world. Go to www.milleroutdoortheatre.com for more info, or call 281.373.3386.
Sun Nov 3, 2019 6pm – 8:30pm
Central Time
6000 Hermann Park Drive, Houston, TX

Established in 2000, TMCO is one of the very few orchestras with its origin in the health professions. Most of the members are health professionals who have a dedication to music that goes beyond their daily occupations. The mission of the orchestra is to provide fellowship for its members, contribute culturally to the community, and raise awareness for medical and other local charities through its concerts and other events. Founder and Artistic Musical Director, Libi Lebel, has a remarkable talent and growing reputation for leading the award-winning orchestra through challenging and varied programs. Support the orchestra and come and see why the Texas Medical Center Orchestra is just the right medicine. The Hobby Center calendar is at www.thehobbycenter.org.
Sun Nov 3, 2019 5pm – 7:30pm
Central Time
800 Bagby St, Houston, TX 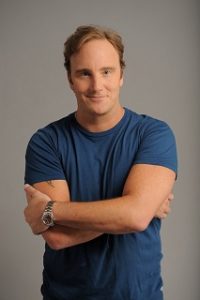