America, the perennial classic-rock favorite, is continuing to celebrate its 50th Anniversary with their powerful performances. Founding members, Gerry Beckley and Dewey Bunnell (along with former band mate, the late Dan Peek) met in high school in London in the late 1960s and quickly harmonized their way to the top of the charts on the strength of their signature song “A Horse With No Name.” This weekend they're at Miller Outdoor Theatre.

(From All Music.com) Connecticut-based artist ericdoa produces a playful yet angst-ridden mixture of hyperpop, emo-rap, and trap. Affiliated with the NeilaWorld collective and additionally known by his alter ego Dante Red, ericdoa's releases include the equally cathartic and atmospheric 2020 full-length COA, as well as collaborations with hyperpop scene figures such as osquinn, Glaive, and daine.

Join Mickey Mouse and his friends at Disney On Ice presents Mickey’s Search Party, an adventure filled with world-class skating, high-flying acrobatics and unexpected stunts! Look for clues in the search for Tinker Bell through immersive, fantastic worlds. Explore the colorful spirit realm of Coco, sail away with Moana as she bravely saves her island, see Belle in the sky as the enchanted chandelier comes to life, and sing-along with Elsa in the icy world of Frozen. Make memories during Aladdin, Toy Story and The Little Mermaid as the search party becomes an all-out celebration!

Visit America’s longest running direct-to-consumer jewelry show when it visits your town! The International Gem & Jewelry Show’s world famous “Jeweler’s Market” brings wholesalers, manufacturers and designers together under one roof. Shop from rows and rows of quality gemstone, bead, jewelry and accessory dealers for incredible selection. You’ll find local jewelers, international vendors and talented artisans at every show. Whether you are shopping for jewelry making supplies or looking for the hottest trends, you’ll find what you’re looking for at the InterGem show.

This event will be held in Hall E NRG Center 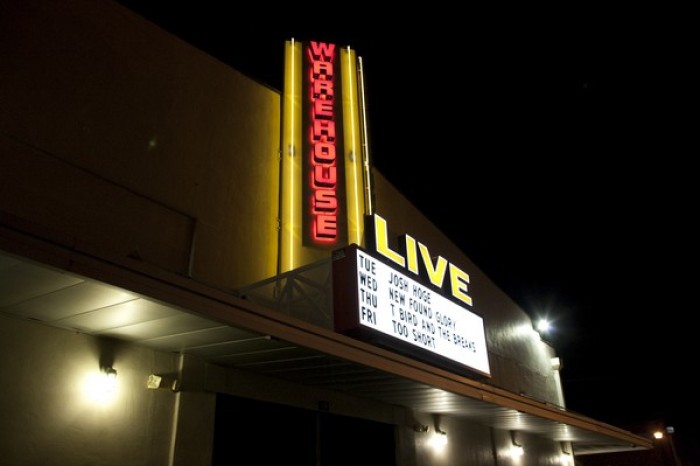 This weekend LiveNation is presenting "One Night"  with Nikki Glaser at their 713 Music Hall venue.

(From Nikki Glaser.com) Glaser is one of the funniest female voices in comedy today. For over a decade at clubs across the country, and as the host of three hit podcasts, she has been honing her shockingly- honest, no-holds barred style of comedy. Her brand-new daily show, THE NIKKI GLASER PODCAST, launched March 2021 through iHeartMedia and Will Ferrell’s Big Money Players Network. It is a daily companion podcast that is peppered with Nikki’s sense of humor and honesty to help keep listeners sane, well-informed and laughing through life. This July, she is kicking off her nationwide comedy tour, ONE NIGHT WITH NIKKI GLASER.

Tommy Castro &
The Painkillers
and Marcia Ball
@The Heights Theatre

Tommy Castro & the Painkillers' 30th anniversary tour this weekend in northwest Houston at The Heights Theatre.

“The hardest thing to do,” says internationally beloved soul-blues rocker Tommy Castro, “is be yourself, take some chances and bring your fans along with you.” Throughout his long, constantly evolving career, guitarist, singer and songwriter Tommy Castro has always remained true to himself while exploring, growing and creating new music, and he has taken his thousands of devoted fans right along with him. Since his solo debut in 1994, he’s made 16 albums— the last seven for Alligator—each its own unique chapter in the book of Tommy Castro. Ranging from horn-fueled R&B to piping hot blues to fiery, stripped- down rock ‘n’ roll, each release is solidly built upon Castro’s unshakable musical foundation—a dynamic mix of 1960s-influenced guitar-fueled blues, testifying Memphis-soaked blue-eyed soul and Latin-tinged East San Jose funk, all driven by Castro’s grab-you-by- the-collar vocals and passionate guitar work. Blues Revue declared, “Tommy Castro can do no wrong.”

It’s time to get down with the sound of Philly! Get energized as music from hit-makers like The O’Jays, The Spinners, Dionne Warwick, and Teddy Pendergrass come alive with lush instrumental arrangements and a thumping rhythm section on the Miller Stage.

Community Music Center of Houston has a mission to educate, preserve, and perform African-American and diasporic music traditions.

This Weekend
@House of Blues - Houston