PAW Patrol is on a roll with its hit live tour! Come roll with the PAW Patrol as everybody’s favorite heroic pups race to the rescue on the day of the Great Adventure Bay Race. When Mayor Goodway goes missing, Chase, Marshall, Skye and the rest of the PAW Patrol will need to team up with Ryder to save Adventure Bay’s mayor and stop Foggy Bottom’s Mayor Humdinger from winning the race. The Hobby Center calendar is at www.thehobbycenter.org
Fri Mar 13, 2020 2pm
800 Bagby St, Houston, TX

Australian alternative dance group from Sydney, Tyrone Lindqvist, Jon George and James Hunt make their way to Live Nation's Reventon Center in Bayou Place this weekend. They had to change their name from RÜFÜS to Rüfüs Du Sol when coming to America because RÜFÜS was already taken.

Last fall they recorded a live album and accompanying film in a secluded area of Joshua Tree as the sun went down over rock formations and light poles illuminated the desert night sky around them. "Live From Joshua Tree" will be released last Friday and the accompanying video can be seen on YouTube.

Directed by Alex George, the brother of keyboardist Jon George, the video features the band performing hits such as "Solace," "Underwater," Innerbloom" and more. There is no audience. The band members are on individual platforms and their equipment sits on clear stands.

Beautiful tells the Tony® and Grammy Award-winning inspiring true story of Carole King’s remarkable rise to stardom. From being part of a hit songwriting team with her husband Gerry Goffin, to her relationship with fellow writers and best friends Cynthia Weil and Barry Mann, to becoming one of the most successful solo acts in popular music history, Carole King made more than beautiful music. She wrote the soundtrack to a generation. Revel in the sounds of “I Feel the Earth Move,” “One Fine Day,” “(You Make Me Feel Like) A Natural Woman,” “You’ve Got A Friend” and the title song, ”Beautiful”. More info at www.thegrand.com
Fri Mar 13, 2020 8pm
2020 Postoffice St, Galveston, TX 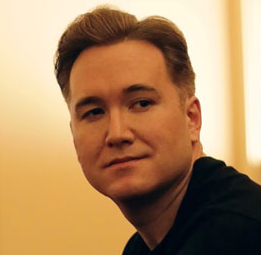 Goodness gracious great hits of fire! Put on your Blue Suede Shoes and get ready to rock as multi-instrument phenomenon Dave Bennett and his amazing band tear it up with hits of Elvis, Johnny Cash, Jerry Lee Lewis, Glenn Miller and more. This high-energy concert will have you in the mood to Sing, Sing, Sing. Tickets at 713.224.7575 or www.houstonsymphony.org
Fri Mar 20, 2020 8pm
615 Louisiana St, Houston, TX

Join us for our first performance of the 2020 season and get your heart pounding with the beats from Hands Percussion! With ground breaking innovative performances which include contemporary and traditional percussive music, Hands Percussion joins us from Kuala Lumpur, Malaysia. Adorned with traditional colorful costumes, this high energy ensemble is so admired they are sought across the globe. This unique ensemble’s performances have been highly regarded and admired as they endeavor to preserve their cultural heritage while introducing new dimensions by venturing into contemporary percussion music and exploring different cultures. HANDS commitment to their art has paid off as they have won the Performing Arts Award for Music and overall Grand Award (Anugerah Utama Bakat Muda Selangor) at MBPJ’s Selangor Young Talents’ Awards, 3 awards at the 8th BOH Cameronian Arts Awards for Best Group Performance (Instrumental) – ‘GENG’ by Hands Gamelan Group in ‘Kaleidoscope – Hands Drumming Festival 2009’, Best Production Values and Best Music Direction. Go to www.milleroutdoortheatre.com for more info, or call 281.373.3386.
Fri Mar 20, 2020 8pm
6000 Hermann Park Drive, Houston, TX

Featuring a soundtrack that incorporates an eclectic mix of sonic palates and stunning feats of circus artistry, Alegría earns its reputation as an all-time classic Cirque du Soleil show. Stunning costume design and vibrant sets allow you to fully immerse yourself in this kingdom on the verge of revolutionary change.
. . . more Cirque de Soleil - Alegria click here