"I am absolutely devastated by what took pace last night. My prayers go out to the families and all those impacted by what happened at Astroworld Festival. Houston PD has my total support as they continue to look into the tragic loss of life. I am committed to working together with the Houston community to heal and support the families in need. Thanks you to Houston PD, Fire Department and NRG Park for their support. Love you all" -
Travis Scott

The Astroworld Festival's theme this year is "Open Your Eyes to a Whole New Universe."

Houston native,  world famous rapper and one of the creators of the event Travis Scott is expected to perform at this year's festival.

Newsweek.com reports, "Over the past year, Scott has been trailing songs from a new album, "Utopia", so this could be the moment when fans get to hear some tracks in full." "Scott—whose partner Kylie Jenner is pregnant with their second child—is joined on the bill by headline acts including Tame Impala, Earth, Wind & Fire and SZA."

Music In Minnesota.com recently published what they call,  twenty facts about the Bayou City rap celebrity saying, "On top of being very popular for his mixtapes and association with Kanye West’s GOOD Music label, Travis Scott has crafted himself as an incredibly dynamic performer and one of the most unique cultural figures in the public eye," the website reports.

Here at some more of what they discovered about Scott.

He Left School To Pursue Music

Getting a start in music was certainly not easy for Travis Scott. Once he realized his work at the University was going nowhere, he decided to drop out of school and head to New York City.

It was there he would begin seriously working on music, dedicating all of his time to networking and getting his material out there.

Travis Scott Has a Familial Relationship
with Kanye West

Everybody knows Kanye West as the man who began Travis Scott’s career, signing him to his GOOD Music label and subsequently changing his life.

He Was A Piano Player & Drummer

Travis Scott has always been interested in music and has played the drums since he was three years old. Beginning to play the drums would also lead him to play piano, though he would only play piano for two years.

His song “Sicko Mode” was the first song in United States history to spend over 30 weeks on the
top 10 Billboard charts.

He Originally Planned
to Self-Release His Music

It took Travis Scott a while to get someone else to release his music. This is why in 2011 he announced that his first release would be an EP called Owl Pharaoh, a collection of songs that would eventually become a full-length mixtape once he was discovered by Kanye West.

He Isn’t Afraid to Make
Big Gestures for Love

In his current relationship with Kylie Jenner, Travis Scott has shown that he will do almost anything for a seriously romantic moment. For example, on Kylie’s birthday, the rapper ordered an entire orchestra to surprise her with a concert.

He Believes That Genres Don’t Matter

Despite being well-known in the press as a rapper, Travis Scott has rejected the term. He does this because he believes that his music has the power to transcend genres and doesn’t want to box himself in.

His song “Sicko Mode” was the first song in United States history to spend over 30 weeks on the top 10 Billboard charts. It would later be dethroned by the hit single “Old Town Road.”

Travis Scott Is Not His Real Name

Believe it or not, but Travis Scott is not his real name. Instead, his parents named him Jacques Webster!

Read more at Music In Minnesota.com 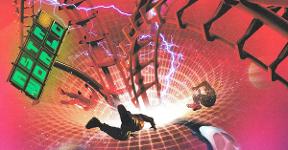