The most famous four notes in music usher in a towering masterpiece for the ages in Beethoven’s immortal Fifth Symphony. Music Director Andrés Orozco-Estrada returns to Houston for the first time since February 2020 in this momentous Classical Series opener. And, world-renowned pianist Yefim Bronfman, Concertmaster Yoonshin Song, and Principal Cellist Brinton Averil Smith serve up three times the virtuosity in Beethoven’s graceful and sparkling “Triple” Concerto. 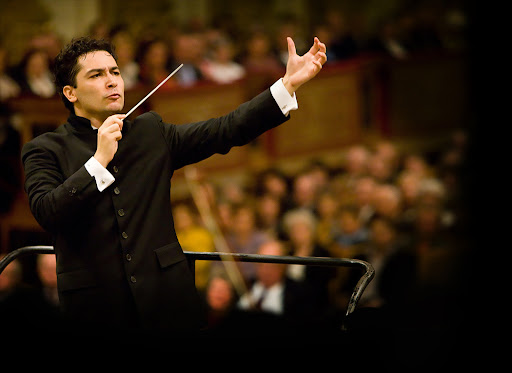 Internationally recognized as one of today’s most acclaimed pianists, Yefim Bronfman stands among a handful of artists regularly sought by the most illustrious conductors, chamber musicians, orchestras, festivals, and recital series. His commanding technique, power, and exceptional lyrical gifts are consistently acknowledged by the press and audiences alike.

Widely praised for his solo, chamber, and orchestral recordings, Yefim has been nominated for six Grammy Awards, winning in 1997 with Esa-Pekka Salonen and the Los Angeles Philharmonic for their recording of the three Bartók Piano Concerti. His prolific catalog of recordings includes works for two pianos by Rachmaninoff and Brahms with Emanuel Ax, the complete Prokofiev concerti with the Israel Philharmonic and Zubin Mehta, a Schubert/Mozart disc with the Zukerman Chamber Players, and the soundtrack to Disney’s Fantasia 2000. His most recent CD releases include the 2014 Grammy-nominated Magnus Lindberg’s Piano Concerto No. 2 commissioned for him and performed by the New York Philharmonic conducted by Alan Gilbert on the Da Capo label.

Born in Tashkent in the Soviet Union, Yefim Bronfman immigrated to Israel with his family in 1973, where he studied with pianist Arie Vardi, head of the Rubin Academy of Music at Tel Aviv University. In the United States, he studied at The Juilliard School, Marlboro School of Music, and the Curtis Institute of Music, under Rudolf Firkusny, Leon Fleisher, and Rudolf Serkin. A recipient of the prestigious Avery Fisher Prize, one of the highest honors given to American instrumentalists, he was further honored as the recipient of the Jean Gimbel Lane prize in piano performance from Northwestern University and an honorary doctorate from the Manhattan School of Music.

Cellist Brinton Averil Smith continues to win rave reviews for virtuosic performances with musical ideals rooted in the golden age of string playing. His debut recording of Miklós Rózsa’s Cello Concerto with the New Zealand Symphony Orchestra won widespread international critical acclaim, with Gramophone praising Smith as a “hugely eloquent, impassioned soloist,” and his recording of the chamber music of Fauré with Gil Shaham was chosen by numerous critics as one of the year’s best albums. A passionate advocate of compelling unfamiliar repertoire, Smith recently gave the North American premieres of rediscovered works of Jean Sibelius and Alexander Zemlinsky. Smith’s performances, hailed as “stunningly beautiful” by the American Record Guide, have been broadcast on CBS’s Sunday Morning and on the radio throughout the United States, including American Public Media’s Performance Today and SymphonyCast.

Smith has appeared regularly as a soloist with the Houston Symphony since joining the orchestra as Principal Cellist in 2005. Prior to this appointment, he was the first musician chosen by Lorin Maazel to join the New York Philharmonic and was Principal Cellist of the San Diego and Fort Worth Symphonies. As a chamber musician, Smith has collaborated with artists including Yo-Yo Ma, Gil Shaham, Cho-Liang Lin, James Ehnes, Lynn Harrell, Sarah Chang, Dawn Upshaw, and members of the Beaux Arts Trio and the Guarneri, Emerson, Juilliard, Cleveland, and Berg quartets. Smith is also a faculty member of the Shepherd School of Music at Rice University and Aspen Music Festival.

The son of a mathematician and a pianist, Smith was admitted to Arizona State University at age 10, where he took courses in mathematics, music, and German. At age 17, Smith completed a Bachelor of Arts in Mathematics. He then became a student of Eleonore Schoenfeld at the University of Southern California, where he was also a teaching assistant in the mathematics department, and completed work for a Master of Arts in Mathematics at age 19. He subsequently studied with the renowned cellist Zara Nelsova at The Juilliard School, where he received a Doctor of Musical Arts, disserting on the playing of Emanuel Feuermann. Smith resides in Houston with his wife, pianist Evelyn Chen, their daughter, Calista, and two slightly evil, but kind-hearted dogs. For further information, please visit www.brintonaverilsmith.com. 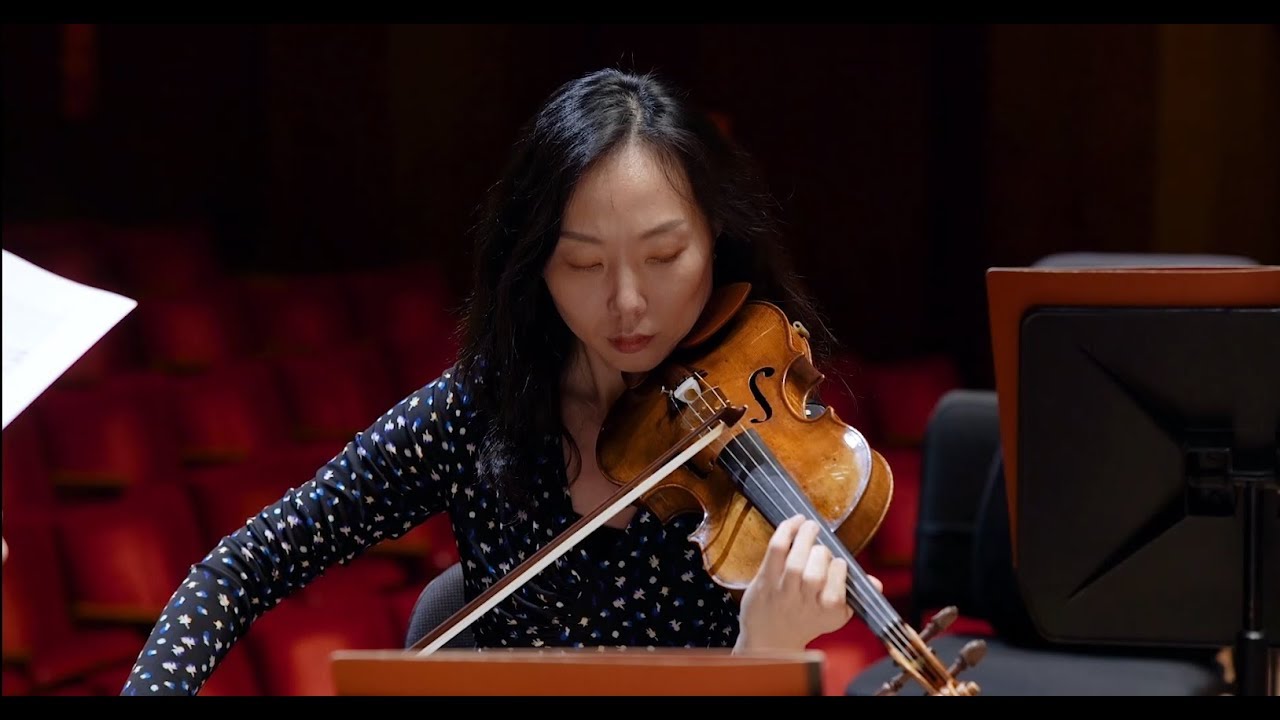 Acclaimed as “a wonderfully talented violinist…whose sound and technique go well beyond her years”, violinist Yoonshin Song was born in South Korea, where she began her musical studies at age 5. Making her solo debut with the Seoul Philharmonic at age 11, she has since built a successful performing career internationally.

She has also participated as a soloist and chamber musician in numerous leading music festivals, including the Marlboro, Deer Valley, Great Lakes, and Aspen Music Festivals in the United States; the Miyazaki Chamber Music Festival in Japan; and the Verbier, Lucerne, and Bayreuth Festivals in Europe. 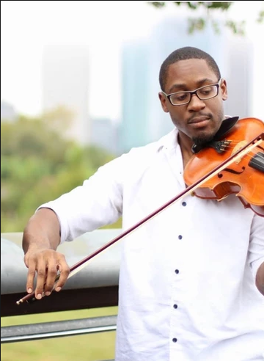 The music of Kyle Rivera (b. 1996) is dynamic, intriguing, and energetic. Through the use of bold gestures and nuanced effect, he creates musical narratives that are vibrant and compelling. He continually seeks out a wide variety of sonorities in order to best capture the human experience.

Kyle is a Colorado-based composer and violist. He earned a BM in Music Composition and Viola Performance from the University of Houston with a Minor in Kinesiology. His principal teachers were Dr. Rob Smith for composition and Suzanne LeFevre for Viola. He has also studied composition with Jimmy Lopez, Reiko Feuting, Pierre Jalbert, Martin Bresnick, and David Ludwig. Kyle has performed as a member of the AURA Contemporary Ensemble, with Sphinx Virtuosi, the Ariel Quartet, and the world-renowned Houston Ballet Academy. He has participated as a fellow at the Immanuel and Helen Olshan Texas Music Festival, Fresh Inc Music Festival, and the Atlantic Music Festival. 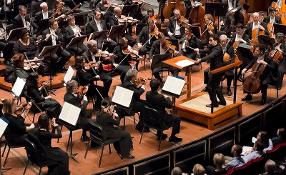