Brilliant French pianist Hélène Grimaud performs one of the greatest of all French masterworks, Ravel’s jazz-infused Concerto in G. From the opening whip crack to the mesmerizing second movement and a jaunty whirlwind of a finale, this is piano virtuosity at its most colorful and captivating. Unsuk Chin’s Graffiti is paired with stunning video of Houston’s most iconic street art, created specially for this concert by Houston-based filmmaker Alex Luster. And, immerse yourself in the vibrant sights and sounds of Spain with Debussy’s “Ibéria” and Ravel’s Rapsodie espagnole.

Born in 1969 in Aix-en-Provence, she began her piano studies at the local conservatory and was accepted into the Paris Conservatoire at age 13 where she won first prize in piano performance three years later. In 1987, she gave her well-received debut recital in Tokyo. That same year, she performed with Daniel Barenboim and the Orchestre de Paris, marking the launch of her musical career, characterized by concerts with most of the world’s major orchestras and celebrated conductors.

In 1995, she debuted with the Berliner Philharmoniker under Claudio Abbado, and in 1999 with the New York Philharmonic – just two of many notable musical milestones. Personal milestones mark her establishment of the Wolf Conservation Center to protect the endangered species and her membership in Musicians for Human Rights. She has published three books in various languages: Variations Sauvages, Leçons particulières, and Retour à Salem.

It is, however, through her thoughtful and tenderly expressive music-making that Hélène most deeply touches the emotions of audiences. They have enjoyed her concerts worldwide, thanks to the extensive tours she undertakes as a soloist and recitalist. A committed chamber musician, she has also performed at the most prestigious festivals and cultural events with a wide range of musical collaborators. Her prodigious contribution to and impact on the world of classical music were recognized by the French government when she was admitted into the Ordre National de la Légion d’Honneur (France’s highest decoration) at the rank of Chevalier (Knight).

Hélène Grimaud is undoubtedly a multi-faceted artist. Her deep dedication to her musical career, both in performances and recordings, is reflected and reciprocally amplified by the scope and depth of her environmental, literary, and artistic interests.

Matthias Pintscher is the Music Director of the Ensemble Intercontemporain, the world’s leading contemporary music ensemble founded by Pierre Boulez. In addition to a robust concert season in Paris, he tours extensively with them throughout Europe, Asia, and the United States, this season leading concerts in Berlin, Hamburg, and Zurich. Known equally as one of today’s foremost composers, Mr. Pintscher will have two works premiered in the 2018/19 season: Nur, a new concerto for piano and ensemble will be performed by Daniel Barenboim and the Boulez Ensemble conducted by the composer in January; and a new work for baritone, chorus, and orchestra will 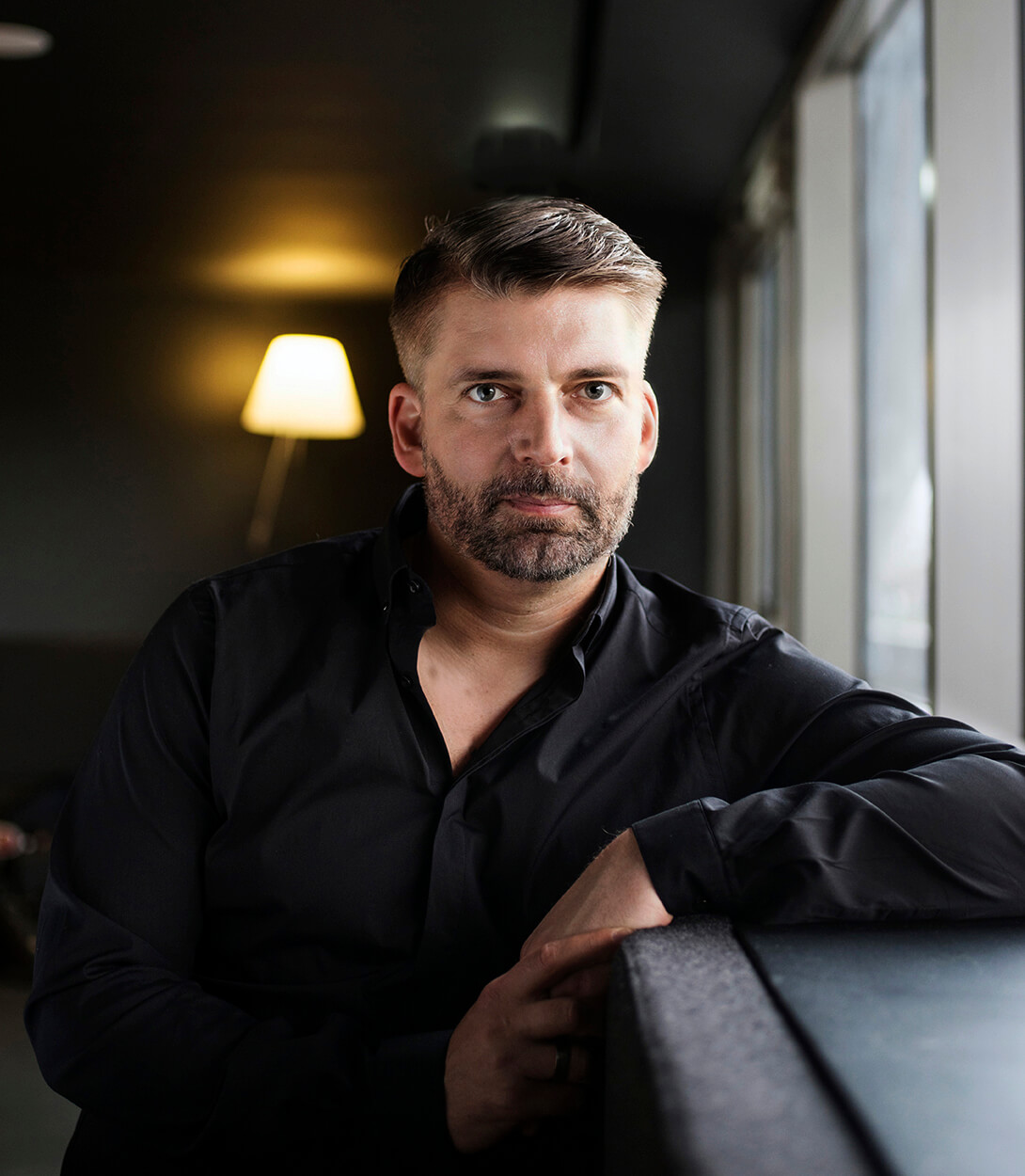 performed by Dietrich Henschel and the Tonhalle-Orchester Zürich conducted by maestro Kent Nagano in June.

Mr. Pintscher is the 2018/19 Season Creative Chair for the Tonhalle-Orchester Zürich, the Artist-in-Residence at the Los Angeles Chamber Orchestra, and finishes a nine-year term as the BBC Scottish Symphony Orchestra’s Artist-in-Association. This season, Pintscher makes his debuts with the Saint Louis Symphony Orchestra, Rotterdam Philharmonic, and the Staatsoper Unter den Linden in Berlin, where he conducts the world premiere of Violetter Schnee, a new opera by Beat Furrer. Return guest engagements include the symphony orchestras of Chicago, Cincinnati, Cleveland, Indianapolis, Milwaukee, the New York Philharmonic, as well as the New World Symphony in Miami. In Europe, having begun the season conducting the Scottish Chamber Orchestra at the Edinburgh International Festival, Pintscher also returns to the Orchestre de Paris, Danish National Symphony Orchestra, and Helsinki Philharmonic.

In the 2017/18 season, Mr. Pintscher made several significant debuts with the Royal Concertgebouw Orchestra, London Symphony Orchestra, Berlin Radio Symphony, Finnish Radio Symphony, and the Gulbenkian Orchestra in Lisbon. Pintscher and the Ensemble Intercontemporain brought an ambitious presentation of Pierre Boulez’s Répons to the Park Avenue Armory in New York and performed a number of concerts on tour in London (Royal Festival Hall), Vienna (Konzerthaus), and Cologne (Philharmonie).

An enthusiastic supporter of and mentor to students and young musicians, Pintscher served as Principal Conductor of the Lucerne Festival Academy Orchestra from 2016-2018 and worked with the Karajan Academy of the Berlin Philharmonic in their 2017/18 season, culminating in a concert at the Philharmonie.

Matthias Pintscher began his musical training in conducting, studying with Peter Eötvös in his early twenties, during which time composing soon took a more prominent role in his life. He rapidly gained critical acclaim in both areas of activity, and continues to compose in addition to his conducting career. As a composer, Pintscher’s music is championed by some of today’s finest performing artists, orchestras, and conductors. His works have been performed by such orchestras as the Chicago Symphony, Cleveland Orchestra, New York Philharmonic, Philadelphia Orchestra, Berlin Philharmonic, London Symphony Orchestra, and the Orchestre de Paris, among others. Bärenreiter is his exclusive publisher, and recordings of his compositions can be found on Kairos, EMI, Teldec, Wergo, and Winter & Winter. Pintscher has been on the composition faculty of the Juilliard School since 2014.