More than 27 years after Travis Tritt launched his music career, the Southern rock influenced artist continues to display strong sales activity, sell-out shows, and stay true and relevant to country music fans across the globe. Continuously performing shows and withholding a heavy appearance schedule, Tritt is proving to be unstoppable.

"Shawn Mendes and Charlie Puth just made a lot of dreams come true. The two singers took to social media today to announce that they're going to be joining musical forces in concert. That's right: Charlie is going to be accompanying Shawn on the North American leg of his Illuminate world tour.
Read more click here 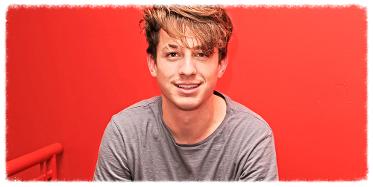 The Lion King debuted back in 1997, in Minneapolis, Minnesota at their Orpheum Theatre, and it was an instant success before premiering on Broadway at the New Amsterdam Theater that October in previews with the official opening on November 13, 1997.

On June 13, 2006, the Broadway production moved to the Minskoff Theatre to make way for the musical version of Mary

Poppins, where it is still running to thi day, after more than 6,700 performances. It is Broadway's third longest-running show in history and the highest grossing Broadway production of all time, having grossed more than $1 billion.

Many of the animals portrayed in the production are actors in costume using extra tools to move their costumes.
. . .read more click here.

Thanks for signing up!