There’s no stopping the whirlwind force that is “Uncle” Charlie Wilson. In addition to enjoying the success of his current single, “Forever Valentine,” he is in the studio working on a new album.

Wilson hit the ground running in this new decade when he performed “Earfquake” on the 2020 Grammy Awards with Boyz II Men and 2020 Grammy Award winner, Tyler, The Creator. He celebrated Valentine’s Day with a performance of “Forever Valentine” on “Jimmy Kimmel Live!” “The Wendy Williams Show” and “Live with Kelly and Ryan.”

Within the last three years alone, everyone’s favorite uncle added two more No. 1 singles (“Chills,” “I’m Blessed”) that both went #1 on two different Billboard charts at the same time for the first time, claimed his 13th Grammy nomination, headlined a two-night stand at the Hollywood Bowl, sold out another arena tour and opened on Bruno Mars’ 24K Magic World Tour finale. That’s not counting a string of diverse cameos on tracks by everyone from Tyler, the Creator, “nephew” Snoop Dogg and Kanye West to hip-hop next-geners Chika, Aminé and Guapdad 4000.

Ask Wilson what keeps pushing him to burn rubber, the lead singer and co-founding member of The Gap Band explains, “I have a very young spirit that likes to play with music. And of course, I have to listen to him. He keeps me connected to the streets and the younger generation of talents who keep calling me to do duets, hooks or verses—which also keeps me in a happy place. And when I’m happy, I like to cut records.”

The song had the highest chart debut and scored into the Top 10 after only 3 weeks, two milestones that haven’t happened on that respective chart since 2018. Co-written and co-produced by Bruno Mars, the exuberant romantic romp finds Wilson extolling the virtues of year-round love. “One day out the year ain’t enough for my baby,” he declares as his fresh, effervescent vocals glide across a contemporary, soul-infused track that stays true to Wilson’s essence.

“I’ve been having so much fun with this record,” says the R&B/funk pioneer of “Forever Valentine,” whose birth took some time owing to the pair’s respective jam-packed schedules. “We first performed together at London’s Hyde Park Festival in 2018 then we ended up on the road together for his 24K Magic Tour. So, we’d sing every day at lunch time as we further hashed out the song.” 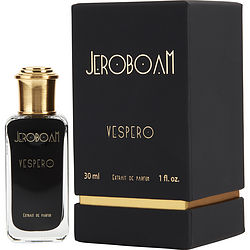 Performed at age eight in the family gospel group "Johnny Gill and the Wings of Faith" with his three older brothers was discovered by Stacy Lattisaw while singing for school glee club; Lattisaw sent a demo tape to Cotillion Records this was in 1982. They would record their first solo album, "Perfect Combination", with Cotillion, 1983; "Perfect Combination," a duet with Lattisaw hit the top ten on R & B charts in 1984. Gill would eventually join New Edition, 1988, he left the group in 1989. In 1990 he reunited with New Edition and they recorded Home Again with Bobby Brown.

Recently Ralph Tresvant and Johnny Gill told the ladies of the daytime talk show "The Real". New Edition woud be back together on stage with all six members soon.

Ralph Tresvant sang lead on New Edition's hits and had his own gold number one R&B hit with the silky "Sensitivity." Tresvant was the last member of New Edition to release a solo project of his own. All of the group's previous members had number one R&B hits: Bobby Brown with "Girlfriend " and Ricky Bell, Michael Bivins, and Ronald DeVoe as Bell Biv DeVoe (aka BBD) with "Poison." Besides this, Tresvant had New Edition's formidable chart success to contend with: four number one R&B singles, "Candy Girl" (gold), "Cool It Now," "Mr. Telephone Man," and "Can You Stand the Rain."

SWV (Sisters With Voices) is the vocal R&B trio from New York City. The members include Cheryl (Coko) Gamble, Tamara (Taj) Johnson and Leanne (Lelee) Lyons. Formed in 1988 as a gospel group, SWV became one of the most successful R&B groups of the 1990s. They had a series of hits, including "Weak", "Right Here (Human Nature Remix)", "I'm So into You", and "You're the One". The group disbanded in 1998 to pursue solo projects and reunited in 2005. SWV has sold more than 25 million records worldwide, making them one of the best-selling girl groups of all time.

Stokley Williams a GRAMMY-nominated vocalist, songwriter, producer, and multi-instrumentalist is one of music’s best-kept secrets. He has worked

with some of the biggest names in music including Prince, Whitney Houston, Janet Jackson and more. Stokley is known best as the lead singer and drummer for legendary R&B group Mint Condition. In 2017, Stokley embarked on a new solo journey with the release of his debut album Introducing Stokley which produced two #1 singles “Organic” and “Levels.” He now continues that journey in a new partnership with the legendary Jimmy Jam & Terry Lewis’ Perspective Records. Stokley’s new single “She” is off his sophomore album due out this winter.