MacArthur Fellow and Grammy Award-winning mandolinist, singer, songwriter Chris Thile, who The Guardian calls "that rare being: an all-round musician who can settle into any style, from bluegrass to classical,” and NPR calls a "genre-defying musical genius," is a founding member of the critically acclaimed bands Punch Brothers and Nickel Creek. For four years, Thile hosted public radio favorite Live from Here with Chris Thile (formerly known as A Prairie Home Companion). With his broad outlook, Thile creates a distinctly American canon and a new musical aesthetic for performers and audiences alike, giving the listener “one joyous arc, with the linear melody and vertical harmony blurring into a single web of gossamer beauty” (The New York Times).

Most recently, Chris recorded Laysongs, out June 4, 2021 on Nonesuch. The album is his first truly solo album: just Thile, his voice, and his mandolin, on new recordings of six original songs and three covers, all of which contextualize and banter with his ideas about spirituality. Recorded in a converted upstate New York church during the pandemic, Laysongs’ centerpiece is the three-part “Salt (in the Wounds) of the Earth,” which was inspired by C.S. Lewis’s The Screwtape Letters. The album also

features a song Thile wrote about Dionysus; a performance of the fourth movement of Béla Bartók’s Sonata for Solo Violin; “God Is Alive, Magic Is Afoot” based on Buffy Sainte-Marie’s adaptation of a Leonard Cohen poem; a cover of bluegrass legend Hazel Dickens’ “Won’t You Come and Sing for Me,” and “Ecclesiastes 2:24," original instrumental loosely modeled after the Prelude from J.S. Bach’s Partita for Solo Violin in E Major.

Multiple Grammy Award-winner and MacArthur Fellow Chris Thile is a mandolin virtuoso, composer and vocalist. A member of Punch Brothers and Nickel Creek, and former host of the radio program Live from Here, Thile frequently collaborates with artists from Sufjan Stevens to Yo-Yo Ma. Be there and be astonished as he plays music from bluegrass to Bach, and beyond.

The Doo Wop Project
@The Grand
Opera House
In Galveston

Embark on a musical journey unlike any other! The Doo Wop Project will sing their way through the foundational tunes of groups like the Crests, Belmonts and Flamingos, to the sounds of Smokey Robinson, The Temptations and The Four Seasons, all the way to “DooWopified” versions of modern musicians like Michael Jackson, Jason Mraz and Maroon 5. Featuring stars of Broadway’s smash hits Jersey Boys and Motown: The Musical, The Doo Wop Project brings unparalleled authenticity of sound and vocal excellence to recreate—and in some cases entirely reimagine—some of the greatest music in American pop and rock history!

Greer began playing the alto saxophone at ten years-old and now is a multi-instrumentalist creating on all saxophones, piano, flute, bass guitar and drums. He attended the High School for Performing and Visual Arts in Houston, Texas and continued his musical studies at Adelphi University and Skidmore University in New York.

Vince Greer is one of the leading saxophonists in the nation whose style is creative and reflects the culture. His sound encompasses elements of Soul Rhythm and Blues, Funk, Hip-Hop and of course Gospel… all uniquely blended with an undertone of Jazz. Vince has a presence on both the Jazz and Gospel music scenes and is constantly evolving as he transitions into the professional arena.

Strangelove-The DEPECHE MODE Experience lovingly recreate the sound, image and atmosphere of Depeche Mode. No detail is overlooked. Accuracy and authenticity is a hallmark of the project, with the band employing many authentic vintage synthesizers and samplers to recreate the unique sounds of the Depeche
Mode catalog.

"They do it to such fine detail that it's scary. I think they are fulfilling a fan's needs by being there when we are not on tour" (Depeche Mode's Martin Gore)

Truly evocative of a Depeche Mode arena/stadium stage show; the scale of STRANGELOVE’s theatrical stage production is unparalleled, save for the real article. Custom-produced multimedia projection visuals delight the concertgoer’s senses and enhance the illusion that they’re witnessing an actual Depeche Mode concert.

Longtime comedian Paul Rodriguez has been making audiences laugh all over the world (in Spanish and English) for nearly three decades with his unique brand of humor that is a perfect blend of his Latin heritage the American dream and his undeniable universal appeal. As an actor and comedian Paul Rodriguez’s multi-faceted career includes starring roles and featured appearances in over 45 films and countless television series and comedy specials.

Classic rock’s biggest hits come alive in this symphonic tribute to songs of The Doobie Brothers, Fleetwood Mac, Styx, and more. From “Listen to the Music” and “Black Water” to “Come Sail Away” and “Don’t Stop Thinking About Tomorrow,” these are the songs you know by heart, and the songs you’ll be singing all the way home! 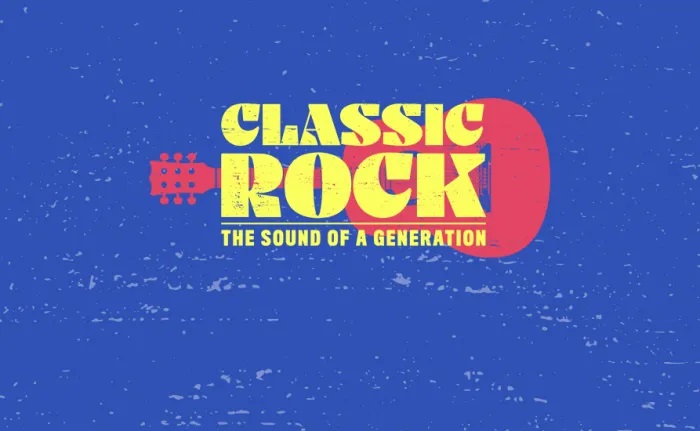 Known for his entertaining programs and engaging personality, Michael Krajewski is a much sought-after pops conductor in the United States, Canada, and abroad. 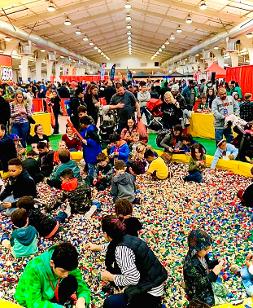 The Brick Fest Live LEGO® Fan Experience provides a venue for LEGO® lovers (of all sizes) to roll up their sleeves and dive into over A MILLION LEGO® bricks!