“Apollo’s blend of old and new music is out of this world," says Texas Standard

Houston TX based Apollo Chamber Players “performs with rhythmic flair and virtuosity” (The Strad) and has “found fruitful territory” (Houston Chronicle) through innovative, globally- inspired programming and multicultural new music commissions. Recent winner of Chamber Music America’s prestigious Residency Partnership award, the quartet has performed for sold-out audiences at Carnegie Hall twice in the past five years, and it holds the distinction of being the first American chamber ensemble to record and perform in Cuba since the embargo relaxation. Apollo is featured frequently on American Public Media’s nationally-syndicated program Performance Today.

Stars at Night
A Salute to Service
@The Woodlands Pavilion

Kick off America’s birthday celebration and pay homage to our local service heroes at Stars at Night. A Salute to Service.

The Pavilion welcomes The Woodlands Symphony Orchestra to the Main Stage,

The event will also recognize service stars (teachers, first responders, medical teams and front line workers) during the pandemic. Tickets are not required for this event. More info at www.woodlandscenter.org

Demario White B/K/A Moneybagg Yo came from South Memphis, Tennessee. The oldest of three siblings Moneybagg wore tired of seeing his mom struggle to feed him and his sisters, so he dropped out of High School and began running the streets with hopes to support and provide for his family.

During idle time Moneybagg Yo and his best friend Elo began freestyle fun, ELO would tell Moneybagg Yo he truly thought Baggs had what it takes to become a rap star.

In 2015 ELO's vision came true when Moneybagg Yo dropped Federal, a mixtape that set Memphis and Tennessee surrounding areas ablaze. But It wasn't until his best friend ELO was fatally gunned down in 2015 that Moneybagg Yo began to take rap music serious. During these painful times Moneybagg Yo penned and released a CD that wore heavy on the hearts of South and North Memphis. The cd was to titled "ELO" (Everybody Lives On) a tribute to (his Best-friend) the late ELO.

In 2016 Moneybagg Yo wasted no time releasing Federal Reloaded, a follow up to ELO. Records like "I need a plug" and "Lil Baby" a video that organically shot to 6 million views on YouTube and counting caught the attention of CMG Yo Gotti.

In October of 2016 Youtube video shows Moneybagg Yo signing to Yo Gotti in which video quickly spread online showing Yo Gotti giving MoneyBagg Yo 250k cash as a signing bonus. One week later MoneyBagg Yo and Yo Gotti quickly released "2 Federal" a collective collaboration Album that received millions streams and downloads on multiple sites, giving MoneyBagg Yo national notoriety. 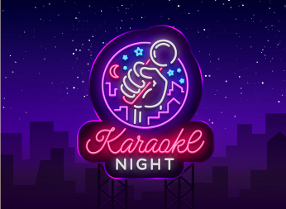 Warm up those vocals, because it’s Karaoke time in the Plaza! We’re giving you a chance to be the star and sing your heart out on the big stage. Grab your singin’ family and friends and come hang out with us for a fun and interactive evening. (microphone will be sanitized between each performance)

It’s a tradition! Grab your two-steppin boots, pack up your lawn chairs and head to the Plaza for live country music from the amazing Tribute to George Strait. Having spent time at the Grand Ole Opry, Derek Spence shared the stage with folks including Shania Twain, Diamond Rio, Kenny Rogers, Trisha Yearwood, and Restless Heart. Not only does he sing George’s tunes, he looks like him, too! This is a concert you won’t want to miss. 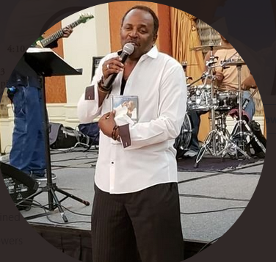 Grab your lawn chairs, kick back and relax during this upbeat R&B and Pop Concert courtesy of the Leslie Michael & Friends Band.