SIGGNO has been around for almost 15 years, a group whose freshness continues to this day.

This weekend Siggno with Sólido and Chris Pérez is at the Arena Theatre with their "ReconeXion Tour XXI".

Florida, SIGGNO is characterized by being a musical group that exudes originality both in its musical proposal and in its image.

His first production, titled “Al Principio,” quickly caught on with audiences throughout Texas, and opened the doors to the music industry for them. In 2002, SIGGNO recorded their second album, “Por amor”, and it became a watershed in the career of this young band, as it earned them the highest recognition that any musician could wish for in the American Union: his nomination for the prestigious Grammy Award.

In 2004 Freddie Records became their record company and joining the artistic cast of this label opens the doors of internationalization for them; thousands of followers of northern and texan music welcomed SIGGNO and its original musical proposal. Renowned groups and artists invite SIGGNO to share the stage on successful tours, allowing them to bring their music to massive audiences.

The creativity and passion for the music of each of the members of SIGGNO, make it a group that came to stay in the public's preference, proof of this is its active schedule of presentations throughout the United States, with the invaluable support of radio and television programs that cover and follow your events.

SIGGNO gives the best of its music in each presentation, leaving the soul of each of its musicians on each stage they step on; the thousands of fans who follow them through social networks and Internet pages confirm the love that they have earned song by song, concert by concert, in the hearts of their audience.

Also on the performance bill that evening is Chris Pérez.  Perez was married to the the late Selena.

In the 1997 biopic-film, Selena, Pérez was portrayed by Jon Seda while actor Jesse Posey portrayed him in Selena: The Series.

Grupo Solido has a new album, "Incomparable", it’s the Grammy-winning group’s first album in five years says Tejano Nation.net. Rolando Benavides told Tejano Nation back in June, “It’s just a mixture of a whole bunch of stuff — we experimented a little bit but we didn’t shy away from the classic Solido sound".

“It’s crazy that it’s been five years,” said Benavides. “It’s just been really busy on the road. Our last album did really good for us and during that time whenever we had down time we would record and then COVID happened so we actually took that time to finish off the album at our studio.” 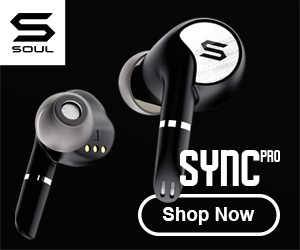 “Basically we were looking for something happy with so many sad things going on in the world right now,” Benavides says of their latest single. “‘De Besitos’ is basically you’re talking to your girlfriend, wife, whatever and just telling them how much you love her and you want to kiss her and it kind of goes a little bit into detail.”