Los Tucanes De Tijuana are a Mexican band led by Mario Quintero Lara, specializing in the norteño and corrido style. It was created in Tijuana, Baja California in 1983 and formalized in 1987. During their career they have garnered several awards and recognitions, including a Latin Grammy in 2012 for he album 365 días, five Grammy Award nominations, nine Lo Nuestro Awards nominations and multiple BMI Awards for Quintero as a composer. They are the first norteño music band to obtain an international film award by winning the Un Certain Regard Angel Film award at the Monaco International Film Festival for their participation in the documentary Los ilegales. In 2008, the group received a star on the Las Vegas Walk of Fame.

The Texas Tenors
@The Grand Opera House
In Galveston

(From Texas Tenors.com) The Texas Tenors have amassed a huge fan base worldwide with over half a million followers on social media and more than 20 million views on YouTube, Facebook and Instagram. This weekend they're in Galveston at The Grand Opera House.

They are Billboard Magazine's #10 Classical Artist in the World for 2019. With impressive live ticket sales tracked by PollStar they are considered the most successful touring group in the history of America's Got Talent.

The Texas Tenors appeared on the most recent season of NBC's national hit television show America's Got Talent: The Champions. After airing worldwide their fan base grew even larger than before.

It’s been reinventing the American Circus tradition for a new generation with Broadway-style flair, bringing joy to people across the U.S.

Theatre lovers and nostalgic circus fans alike will appreciate the intimate experience and sentimental way the show pays homage to circus traditions through the lens of high-quality entertainment for a modern family audience. 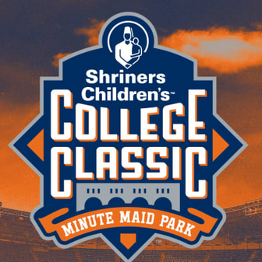 The battle between good and evil rages on in the final chapter of the original Star Wars trilogy. Rejoin Luke, Leia, Han, and the whole Rebel Alliance as they seek to destroy the Death Star and face a final showdown with Darth Vader and the Emperor. You’ll feel the full splendor and Force of John Williams’s incredible score—from 20th Century Fox fanfare to closing credits—as the Houston Symphony accompanies the movie, live.

Buy 3 concerts and save: Unlock access to Star Wars: Return of the Jedi—in Concert, Marvel Studios’ Black Panther in Concert, and The Best of John Williams: Star Wars & More with Chorus with the Movie Mini Package!