Scott is known as "Hip-Hop's King of Rage" and is described by many as an emo artist, a termed used in rock music to say, the artist uses emotional expression in "their creations".

On Friday, November 5, 2021, Scott after all his public relations moves in Houston, spreading good willleading up to his Astroworld Festival eventually to conclude in tragedy.

It's being reported Scott became very emotional when he and his family realized his performance at the festival killed eight fans.

Of the twenty-five spectators hospitalized, three were in critical condition, including one subsequently declared brain dead, and more than three hundred people were treated for injuries at the festival's field hospital.

The Houston Chronical has reported Scott's festival was one of the deadliest concerts in U.S. history.

It is now being reported before the concert began, both ParaDocs Worldwide and event security contractor CSC (Contemporary Services Corporation) were the subject of multiple lawsuits seeking damages for deaths and/or injuries at previousconcerts staffed by their personnel due to negligence or rough treatment by security guards working for the firms.

The festival producers Scoremore LLC is found in Austin, TX and has been doing business since 2009 and generates over $2.9 million in sales annually according to Dunn & Bradstreet.

CSC's services have been “designated” as Qualified Anti-Terrorism Technology (QATT) by the United States Department of Homeland Security under the Support Anti-terrorism by Fostering Effective Technologies Act (SAFETY Act) of 2002.

The company was started in Los Angles back in 1967.

The festival producers Scoremore LLC is in Austin, TX and has been doing business since 2009 and generates over $2.9 million in sales annually according to Dunn & Bradstreet. The company is part of "Promoters of Performing Arts, Sports, and Similar Events

LiveNation the ticketing partner and promoter of Astroworld Festival has very deep pockets.

A corporate spin-off is a type of corporate action where a company "splits off" a section as a separate business or creates a second incarnation, even if the first is still active,eventually Live Nation would merge with the ticketing company Ticketmaster, forming the larger conglomerate Live Nation Entertainment.

The Astroworld Festival story continues as some Houston authorities are distancing themselves from the event.

Travis Scott a native Houstonian has always been a sentimental celebrity of  Houston's Black community.

His philanthropy to the community has been great and most likely will continue throughout this tragedy's news cycle.

What several media outlets are reporting about the Astroworld Festival tragedy.

Much of the criticism levied at Scott in the aftermath of the festival has focused on his failure to take action after the deadly crowd surge. Scott continued performing for 30 minutes after the Houston Police Department declared the festival a mass-casualty event.

HOUSTON — Houston Police Chief Troy Finner refused Wednesday to turn over to an outside agency a criminal investigation into Travis Scott’s deadly Astroworld festival, even as he and other local officials faced criticism over their ties to the hometown rapper.

In his first public statement since the Astroworld festival left eight concertgoers dead and hundreds injured, Travis Scott's attorney urged authorities to move away from "finger-pointing" and "inconsistent messages" as the investigation continues.

"There has been multiple finger-pointing, much of which has been by city officials, who have sent inconsistent messages and have backtracked from original statements," Attorney Edwin F. McPherson of McPherson LLP said in a statement emailed to Insider on Wednesday.

"Investigations should start proceeding over finger-pointing so that together, we can identify exactly what transpired and how we can prevent anything like this from happening again," said McPherson. 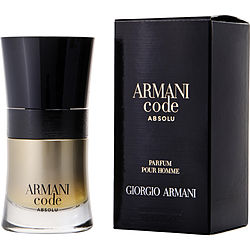 The Travis Scott Brand Wasn’t Built For This

Fans have been quick to rebuke the rapper following Astroworld’s tragic outcome. It says volumes about his type of world-building

For close to a decade, Travis Scott has carefully positioned himself squarely at the center of hype. His rise coincided with the corporate takeover of streetwear and sneaker cultures, making him a de facto stand-in for “cool.” An avatar on which to place as many logos as possible. His corporate partnerships, of which there are scores, have inspired fawning coverage in music magazines and business publications alike. Scott is, for better and for worse, a symbol of millennial marketing — easily adaptable, capable of molding himself around any company’s needs. The kids go crazy for it, regardless of what it is.

Live Nation, a company behind Astroworld, has a long history of safety violations

Rapper Travis Scott was the most recognizable figure associated with Astroworld, the Houston music festival that ended in tragedy Friday evening when eight people died and hundreds more were injured. Also among the event organizers, however, was the conglomerate Live Nation, the world's largest live-events company — and one that has already been linked to hundreds of deaths and injuries in the past 15 years.

Live Nation Entertainment and its subsidiary Live Nation Worldwide have been connected to about 200 deaths and at least 750 injuries since 2006, the Houston Chronicle reported on Monday after searching past court records, Occupational Safety and Health Administration (OSHA) reports and news coverage. NPR has also found numerous OSHA citations against Live Nation.