Cristela Alonzo made history in 2014 when she became the first Latina to create, produce and star in her own network sitcom, “Cristela” for ABC. During that same year, she split her time between LA and NYC to serve as one of ABC’s favorite guest hosts on their hit daytime talk show, “The View”. In 2017 Cristela made history again when she became the first Latina lead in a Disney Pixar film when she voiced the part of “Cruz Ramirez” in Cars 3. Currently you can see her stand-up special, Lower Classy on Netflix.

he Brothers promters scheduled over twenthy tour stops throug the end of next week ending on October 27, 2021. This weekend the brothers will perfrom in The Woodlands on their “Remember This” tour at the Cynthia Woods Mitchell Pavilion.

Rebecca Mills of Culturess.com about two weeks ago reviewed the brothers in concert, "As someone who is a huge Jonas Brothers fan, I can undeniably say that this tour wasn’t nearly as exciting as the “Happiness Begins” tour. Maybe it’s because of the lack of audience involvement but it seemed a bit more toned-down. While the band did a great job performing, it didn’t seem like things were nearly as exciting. No doubt having a new album out would have changed things a lot but it wasn’t meant to be."

SAINt JHN Makes his way to Houston with his “In Case We Both Die Young Tour” at LiveNations HOB Houston venue in GreenStreet downtown Houston. The Grammy Award-winning artist’s tour is in support of his last album, "While the World Was Burning", released in November of last year. The album features Lil Uzi Vert, Kanye West, Kehlani and Future.

SAINt JHN is best known for his 2019 deep house remix to his 2016 song "Roses". The remix, produced by Kazakh DJ Imanbek, reached the top 5 of the US Billboard's Hot 100 and topped the charts in Australia, the Netherlands, Ireland, New Zealand, and the United Kingdom. The song became the lead single for Saint Jhn's debut album, "While the World Was Burning".

Motorsport Showcase Events LLC is an automotive/motorsport enthusiast entertainment consulting and professional services provider in its 12th year of operation licensed under this name, and with a core management team that spans well over three decades of event experience. Our team specializes in automotive enthusiast event planning, logistics, move-in/move-out, Judging services, entertainment and stage operations, and overall event management. As Owner and Executive President, I have 40 years experience in the related field of automotive special event planning and operations working directly with various major motorsport related companies and organizations in the United States. More info at www.nrgpark.com

Discovery Green has partnered with Buffalo Bayou Partnership, Emancipation Park Conservancy and DACAMERA this fall to celebrate the legacy of jazz in Houston.

Jazzy Sundays in the Parks is a free live music series made possible by the Kinder Foundation.

This weekend at Discover Green its Sea Breeze. They emerged on the Houston jazz scene in 1985 at the Houston International Festival. The group is the brainchild of saxophonist Carl Progue, bassist Al Campbell, and keyboardist Andrew Lienhard.

Edy Edouard  known professionally as $Not makes his way to Houston this Sunday to LiveNation's HOB 's The Bronze Peacock in Green Street downtown Houston.

In the last two years with only a microphone in his room and an Instagram page, $not has been making an undeniable wave in Florida. The 21-year old rapper, motivated by a cult following that has developed in front of his eyes, has relentlessly released SoundCloud gems with rising stars such as ‘Kill Me Bitch’ with Lil Toe, ‘Lovely’ with $us, and the exploding ‘Ca$e 19’ with Jasiah. Following on the success of his break-out single “GOSHA,” South Florida’s latest underground sensation is skyrocketing in front of his cult fanbase’s eyes.

Lewis & Tolkien is a play set in Oxford’s Eagle & Child pub. Aging and legendary authors, J.R.R. Tolkien and his great friend C.S. Lewis, meet for what turns out to be the very last time.

They were lions of 20th century British fantasy, giants of a literary genre that reached millions of readers, young and old alike, with mystifying adventures to entertain and deep truths to move people’s hearts. C.S. Lewis (The Chronicles of Narnia) and J.R.R. Tolkien (The Lord of the Rings) were also distinguished faculty members at Oxford University and participants in a literary group known as the Inklings. 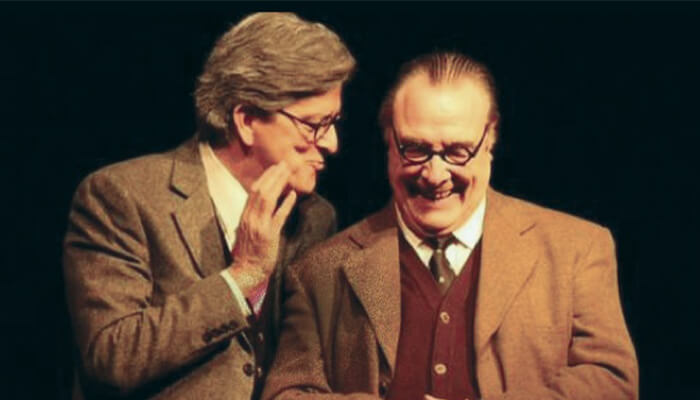 Their robust philosophical discourse served an uncommon friendship that was not without its differences. Life’s circumstances and, sometimes, unresolved disagreements forced an uncomfortable season of estrangement. 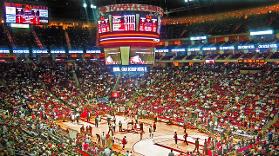 Next Weekend in Houston

100% Money-Back Ticket Guarantee
Some venue tickets for Weekend Houston's Planning guide are provided by Ticket Liquidator a resale marketplace, not a box office or venue. Prices may be above or below face value. Your seats are together unless otherwise noted. If their are problems with our affiliate please call us (832) 949-9691 or contact us (Click Here)