Houston native, Max Flinn has teamed up with legendary Nashville producer / songwriter /musician, Bobby Terry (Willie Nelson, Luke Combs, and Garth Brooks) on his new album, Meant to Be which released on March 5th, 2021. The album, which was recorded in Nashville, features tracks he co-wrote with Terry (Brad Paisley, Trisha Yearwood, and Faith Hill) and David Tolliver (Tim McGraw, Wynonna, and Brantly Gilbert). The project features Kenny Chesney guitarist Jon Conley, winner of the Academy of Country Music (ACM) Guitarist of the Year Award, and a 2-time winner of the CMA Award Musician of the Year Brent Mason, and multi-GRAMMY award-winning fiddle player and member of The Time Jumpers, Larry Franklin.

Born and raised in Houston, Flinn’s love for Texas country music started early and with persistence. Spending his childhood watching the Singable Songs of Raffi and strumming along on a broomstick, it wasn’t long before he was teaching himself how to play the guitar. Growing up listening to Red Dirt music giants Cory Morrow, Pat Green, and Robert Earl Keen, he played music as a hobby throughout most of his teens and early twenties entertaining family and friends at parties.

Singing those Texas country anthems for much of his life, the music never left him. Always at the back of his mind, even during Max’s stint working a corporate job in the oil & gas industry. It wasn’t long before he knew his heart was elsewhere. Determined to find a way to turn his dream into a reality, he sought out some local musicians and open mics. Gaining a following, he was ready to say goodbye to the corporate gig and take on music full time.

Houston Press describes Flinn’s songs as “fresh and new, but familiar at the same time...his music is so sincere and heartfelt.” Producer Bobby Terry agrees with the sentiment saying, "Max Flinn is one of those young guys with an old soul, and it comes through in his music. Couple that soul with his solid performances both on stage and in the studio, and you have a musician that is as real as it gets."

Houston audiences are treated to a concert highlighting the brass, winds, and percussion sections of the Symphony in [concert title at 8:30 p.m. Conductor Yue Bao opens the program with two short works: a two-minute Fanfare for brass choir from Dukas’s La péri, and Red Clay & Mississippi Delta for wind quintet, a blues-inspired chamber music work by Valerie Coleman.

Join your Houston Symphony for Summer Symphony Nights at Miller! A Houston summer tradition, these fun-filled, family-friendly evenings showcase outstanding local, national, and international soloists and conductors alongside the outstanding musicians that make up your orchestra. For more than 80 years, concertgoers of all ages and backgrounds have experienced the beauty of music through classical masterpieces and popular selections. Go to www.milleroutdoortheatre.com for more info, or call 281.373.3386.

Visit America’s longest running direct-to-consumer jewelry show when it visits your town! The International Gem & Jewelry Show’s world famous “Jeweler’s Market” brings wholesalers, manufacturers and designers together under one roof. Shop from rows and rows of quality gemstone, bead, jewelry and accessory dealers for incredible selection. You’ll find local jewelers, international vendors and talented artisans at every show. Whether you are shopping for jewelry making supplies or looking for the hottest trends, you’ll find what you’re looking for at the InterGem show. More info at www.nrgpark.com
Sat Jun 12, 2021 10am
1 NRG Pkwy, Houston, TX 77054 (map)

Spring League Football on the Rice University campus. The Spring League is an American football developmental league and scouting event (pro showcase) that began play in 2017. Aimed at professional athletes but not paying a salary or expenses, the league's goal is to "serve as an instructional league and showcase for professional football talent." More info at www.thespringleague.com
Sat Jun 12, 2021 12pm
Rice Stadium, 6100 Main Street
Houston, TX 77005 (map)

The glam band Slaughter formed in Las Vegas by lead vocalist/rhythm guitarist Mark Slaughter and bassist Dana Strum. The band reached stardom in 1990 with their first album Stick It to Ya, which spawned several hit singles including "Up All Night", "Spend My Life", "Mad About You" and "Fly to the Angels". The album reached double platinum status in the United States. The band remains a steady act in national tours, this weekend the band with Kix will be at Waredhouse Live in the ballroom.

The hard rock group Kix achieved popularity during the 1980s. Led by frontman Steve Whiteman and bassist Donnie Purnell, the band's classic lineup was rounded out by drummer Jimmy "Chocolate" Chalfant and guitarists Ronnie "10/10" Younkins and Brian "Damage" Forsythe. Kix covered AC/DC, Aerosmith, April Wine, Led Zeppelin and others, prior to signing with Atlantic Records in 1981. Since peaking in the late-1980s, band members have continued to intermittently record and tour, the band hails from state of Maryland.

Spring League Football on the Rice University campus. The Spring League is an American football developmental league and scouting event (pro showcase) that began play in 2017. Aimed at professional athletes but not paying a salary or expenses, the league's goal is to "serve as an instructional league and showcase for professional football talent." More info at www.thespringleague.com
Sat Jun 12, 2021 8pm
Rice Stadium, 6100 Main Street
Houston, TX 77005 (map)

This June in Sugarland 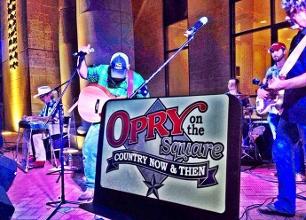 Come out to enjoy Country Now and Then, featuring country favorites that will appeal to all generations of country music fans! 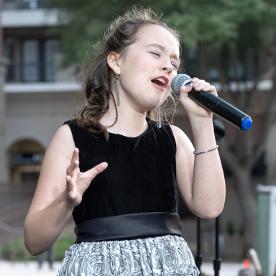 Junior Superstar, Sugar Land’s American Idol-like competition for ages 9-13, is back for its 16th summer and you don’t want to miss it! Pack up your lawn chairs and head to the Plaza to cheer on each talented contestant as they belt it out to win the crown. 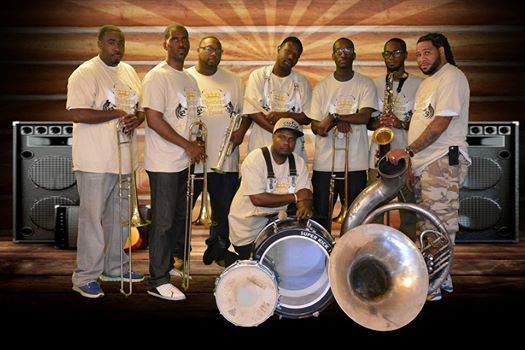