To those in the know Arnez J. is quickly emerging as one of the hottest, most talked about comedic artists in the game. His raw energy, talent and comedic skill quickly landed Arnez the coveted hosting slot on BET’s longest-running comedy series “Comic View” for two seasons joining the ranks of hosts such as D.L. Hughley and Cedric the Entertainer. His hilarious new comedy special “Racially Motivated” is now available on Netflix.

Arnez J.'s charisma and physical agility are unforgettable. “J is a whirling dervish on stage--he runs, jumps, spins, slides, slips, and mugs through a performance, acting out many of his bits while describing them,” wrote Doug Kaufman in the St. Louis Post-Dispatch. Arnez admits of himself “I've always expressed my things through mannerisms and facial expressions rather than speaking.”

On his own at age 14, Arnez lied about his age to get a job at a gas station to work his way through school. With dreams to become a professional baseball player, Arnez began working as a flight attendant when those baseball plans fell through. It was while working as a flight attendant that Arnez discovered his comedic talent. He realized that he had the ability to keep the passengers and crew laughing and, upon encouragement from friends, he made his first attempt at stand-up comedy. After that first night on stage, he knew what he wanted to do. He left his job with the airlines and made the decision to devote all of his time to a career in comedy. 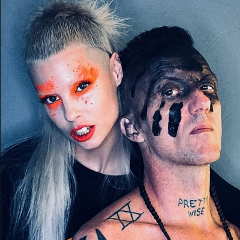 The bueatyful Marsha Ambrosius formerly of the group Floetry along with Jagged Edge make their way to Houston's Arena Theatre this Memorial Day Weekend (Saturday, May 29, 2021). Did you know Ambrosius' musical reach goes back to working withthe late Michael Jackson. She worked with Michael Jackson, composed and sang as back-vocal on the song "Butterflies" from the album "Invincible" released in 2001 and in 2002.

“That music that is really heartfelt, really sincere, that kind of addresses our lives, not just the club, not just the bedroom…so every time we come, we try to give an offering that represents that," the group told Atlant's Fox 5 back in 2020.

Spend an “Enchanted Evening” at Jones Hall (or watch from home!) as the 2020–21 Bank of America POPS Season concludes with beloved songs of Rodgers and Hammerstein. Charismatic Broadway duo Santino and Jessica Fontana perform your favorites from The Sound of Music, Carousel, Oklahoma!, South Pacific, The King and I, and more, with full-orchestra accompaniment by Steven Reineke and the Symphony. Tickets at 713.224.7575 or www.houstonsymphony.org
Sat May 29, 2021 8pm
615 Louisiana St, Houston, TX 77002
Directions (map)

It’s time to get down with the sound of Philly! Get energized as music from hit-makers like The O’Jays, The Spinners, Dionne Warwick, and Teddy Pendergrass come alive with lush instrumental 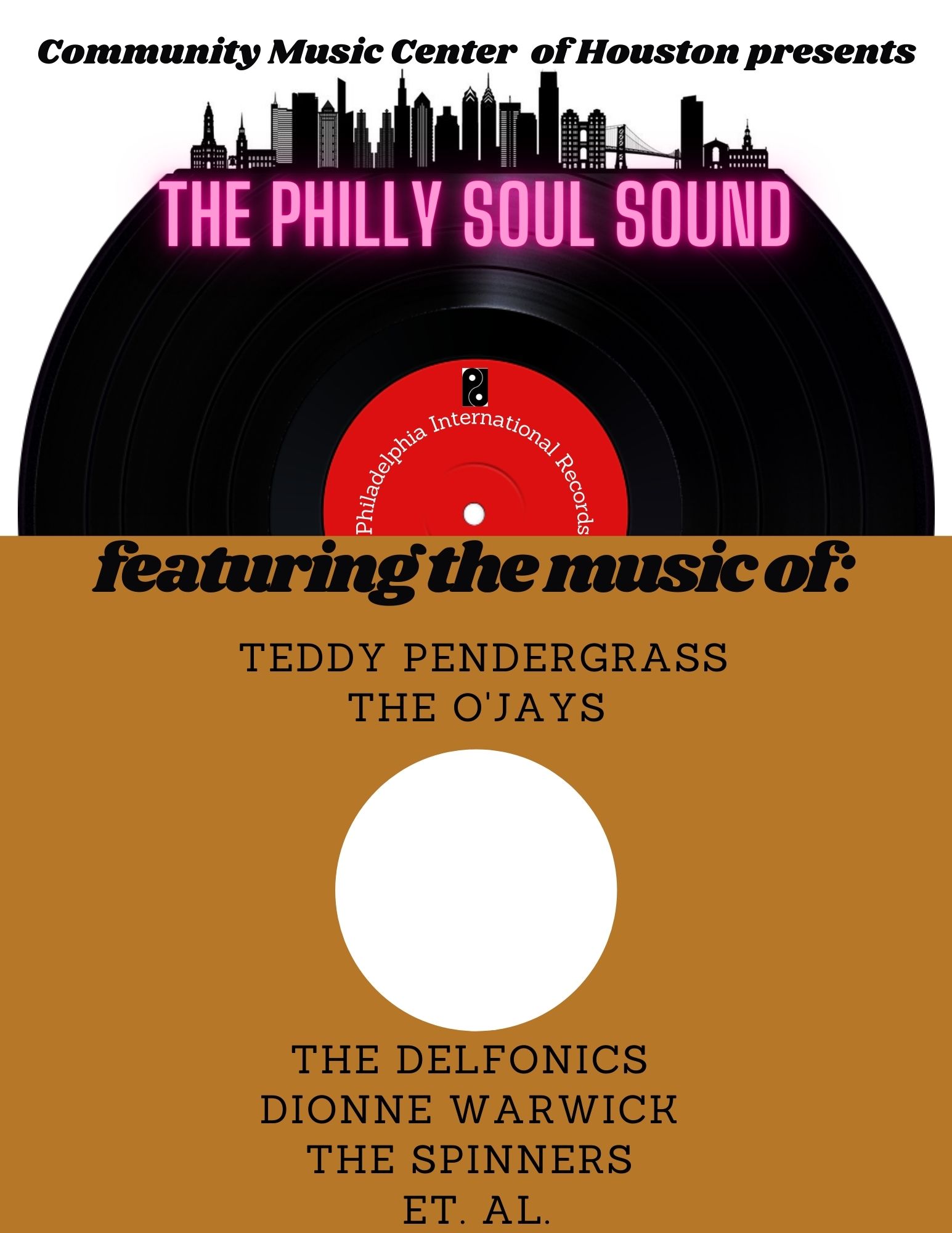 arrangements and a thumping rhythm section on the Miller Stage.

Community Music Center of Houston has a mission to educate, preserve, and perform African-American and diasporic music traditions.

Philadelphia soul was popular throughout the 1970s, and it set the stage for the studio constructions of disco and urban contemporary music . . .

Philadelphia soul, sometimes called Philly soul, the Philadelphia sound, Phillysound, or TSOP (The Sound of Philadelphia), is a genre of late 1960s–1970s soul music characterized by funk influences and lush instrumental arrangements, often featuring sweeping strings and piercing horns. The genre laid the groundwork for disco by fusing the R&B rhythm sections of the 1960s with the pop vocal tradition, and featuring a slightly more pronounced jazz influence in its melodic structures and arrangements. Fred Wesley, the trombonist of the James Brown band and Parliament-Funkadelic, described the signature deep but orchestrated sound as "putting the bow tie on funk."

Due to the emphasis on sound and arrangement and the relative anonymity of many of the style's players, Philadelphia soul is often considered a producers' genre.

Philadelphia soul was popular throughout the 1970s, and it set the stage for the studio constructions of disco and urban contemporary music that emerged later in the decade. Its style had a strong influence on later Philadelphia acts, most notably The Roots, Vivian Green, Jill Scott and Musiq Soulchild. The late David Bowie's 1975 album Young Americans was recorded in Philadelphia and influenced by the Philadelphia soul sound.

This Weekend in Sugarland

Sugarland Town Square is saluting those who served this Memorial Day Weekend with a special presentation of Patriotic music presented by the Monarch Chamber Players, an ensemble of top classical musicians committed to keeping live music alive. This event will be wind quintet with soprano Yelena Dyachek, an alumna of the

This weekend in Sugarland Town Square

Since early 1990, The Fab 5 have been thrilling audiences all over Texas with what The Houston Press and The Houston Chronicle have called “One of The Top 10 Tribute Bands”. The Fab 5 takes their audiences on a musical journey to an era in rock history that will live in all of our hearts forever. They are hailed by critics and fans alike as the most authentic and endearing Beatles and 60’s tribute in Texas.

This weekend in Sugarland Town Square