Valentine’s Day greetings became popular in the Middle Ages, though they did not appear in written form until after 1400.  The oldest Valentine in existence is a poem written by Charles the Duke of Orleans.

Valentine’s Day is celebrated every year on February 14th. Traditionally gifts, candy, and flowers are exchanged in honor of Saint Valentine. February has long be regarded as the month of romance.  There are many legends that tell the story of the origin on this holiday. 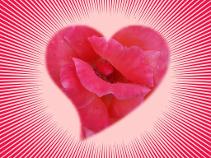 Chocolate is more than a dessert to Christopher George. To him, the detail and patience, the deft touch, and the inspiration required to make great chocolate is more of an artform. Christopher spends his days experimenting with new types of confections, from chocolate-covered jalapeños to scotch- and amaretto-infused toffees.
The chocolatiers at Sinful Sweets Chocolate Company also hand-craft a diverse array of classic truffles and creams, cake truffles, chocolate-covered pretzels, and chocolate-dipped fruits. Truffles touching on the flavors of South America, Asia, Africa, and North America. 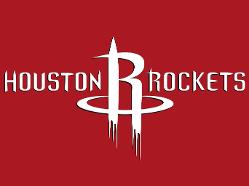 The movie was not a big box office draw but it was the 90's and with many college  black kids (and white) looking for something that spoke to them, "Love Jones" the movie did just that. . . .
(more at Weekend February Fridays)

This New Orleans, La. born rapper has been rap rhyming us for years, but if you're under 30 and perhaps not African-American his artistry maybe a little dull for you.
Did you know Dwayne Michael Carter Jr. (Lil Wayne) attended one of New Orleans most prestigious magnet schools and his teachers considered him quiet talented . . .
Read more at Weekend Saturday (click here)

The former schoolteacher from Philadelphia, PA grew up in the suburbs of New Jersey; Cherry Hill to be exact.
Like many creative musical artists Lee, with a college education in English and teaching elemenatry school . . .quit.
He waited tables, tended bar and all the while writing his music.
"I started playing open mikes and getting some feedback. I started feeling a little more confidence," he told Artist Direct.com.
Read more at Weekend Fridays (click here)

This weekend in
the Theatre District Downtown Houston
Discovery Green