iHeartRadio's "94.5's" every other year, Buzzfest" makes its way to The Woodlands this weekend.

Buzzfest has been rocking Houston biennially, since 1995 with a day-long celebration starring some of the biggest names in alternative rock, indie, and hard rock.

Beartooth
"The Below Tour"
@HOB Houston

Beartooth began as an emotional exorcism. Conceived, constructed, and unleashed by one man in a basement studio.
This weekend their in GreenStreet at HOB Houston.

Mercury Chamber Orchestra is back at Miller performing audience-favorite Vivaldi’s Four Seasons under the baton of Antoine Plante, Artistic Director, with soloist and concertmaster Jonathan Godfrey.

Experience the birdsong of Spring, the storms of Summer, the harvest and hunt of Fall, and the icy cold of Winter with Mercury’s energetic and engaging performance complemented with dramatic lighting and projections of inspiring visuals, Vivaldi’s own poetry and up-close video of the musicians performing. 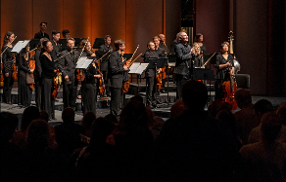 Mercury Chamber Orchestra was started by four friends in the year 2000 as an intimate chamber ensemble with the goal to enrich and entertain Houston audiences with an exciting repertoire of music performed on period instruments.

What began as a grassroots effort over lunch at a local restaurant has blossomed into a lively chamber orchestra beloved by the community. In 2013, Mercury rebranded and expanded its repertoire to include works outside of the Baroque period. In this evolution, the goal remains the same—bringing music to life and to people across Houston and beyond.

Mercury continues to receive critical and audience acclaim for innovative and welcoming performances, while also impacting the lives of young Houstonians through award-winning music education programs.

Texas Tech and University of Houston will square off at NRG Stadium on Saturday, September 4th!

The Houston football program will open its 2021 season in the Texas Kickoff against Texas Tech says Vice President for Athletics Chris Pezman, "The Texas Kickoff is one of the highlights of the opening weekend of the college football season and we're always proud to participate in this great event," Pezman said. "Our fans have provided tremendous support each time our program has played inside NRG Stadium. We're grateful for ESPN Events and Lone Star Sports and Entertainment presenting us with a great opportunity to compete against another in-state program like Texas Tech."

The game will air on an ESPN network.

The Cougars will face Texas Tech for the 33rd time as both programs meet at NRG Stadium, home of the Houston Texans. Houston leads the all-time series, 18-13-1, and this matchup will mark the second time both teams have faced off inside NRG Stadium. The Millennial Merch Fashion Show is an annual esteemed fashion event that highlights independent fashion designers and connects millennial entrepreneurial spirits through a night of fashion and networking.

Doors open and Cocktail hour begins at 7pm, with the doors closing promptly at 8:30pm.

Beverages (non-alcoholic and alcoholic) and appetizers will be available for purchase.

Cocktail attire is preferred, however, anything creative and fashionable is acceptable.

Children under the age of 10 not permitted. 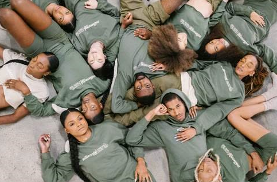 Jon "Polar Bear" Gonzalez is a stand up comedian, podcaster and entertainer living in the heart of Texas. After getting involved in the local comedy scene, Jon quickly found success through the release of multiple comedy skits which went viral receiving millions of views on Facebook and shortly after, TikTok. 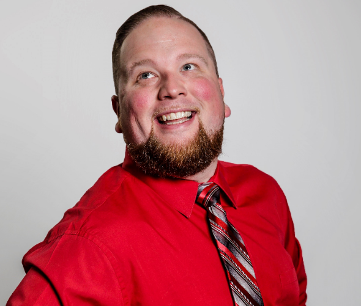 Since then Jon has toured all over the country performing his live standup show while also growing his fan base through TikTok and his weekly show on Facebook and YouTube. Make sure to catch Polar Bear’s live show when he comes through your city. You won’t wanna miss it!

Brent Morin is a Los Angeles-based comedian, actor and writer. He is best known for his role as 'Justin Kearney' in the NBC sitcom UNDATEABLE. In late 2019, Brent starred opposite Dennis Quaid in the Netflix holiday series MERRY HAPPY WHATEVER from Kapital Entertainment. Brent can also be seen starring in the Netflix half-hour comedy special series, THE STAND UPS. Additionally, his one-hour stand-up special, I’M BRENT MORIN, is currently streaming on Netflix. In 2013, he was named one of Variety’s “10 Comics to Watch.” He has also appeared on CHELSEA LATELY, CONAN, COMEDY CENTRAL, BROOKLYN 99, THE MCCARTHY’S and GROUND FLOOR. Brent can be seen starring in David Haskell’s feature film, THE OUTDOORSMAN, which will made its world premiere at the 2017 Austin Film Festival. Brent regularly performs at The Comedy Store, The Improv and Laugh Factory and continues to tour throughout the United States. 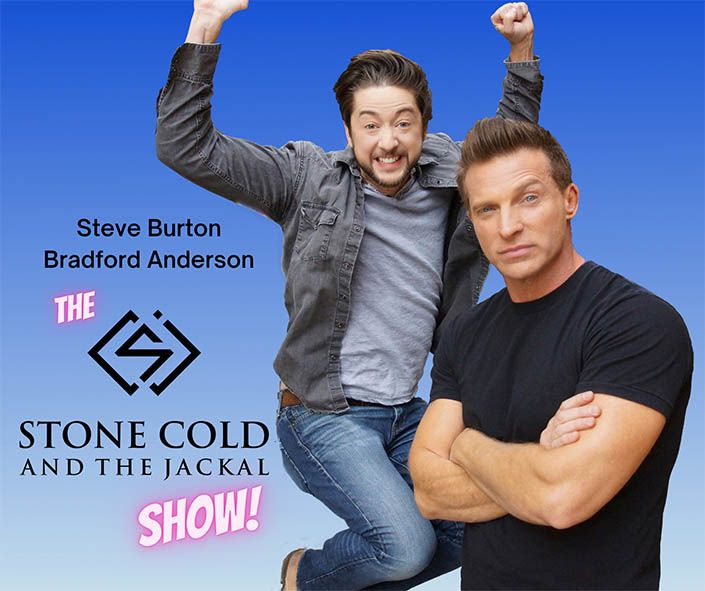 ***VIP Tables include: An autographed photo! A special 60 Minutes post-show VIP Q&A with Steve and Bradford. Get your GH questions answered and enjoy more time with the guys! After our awesome and raucous comedy show, it’ll be the perfect way to unwind together safely and have MORE FUN in the process! (No meet & greet with talent due to social distancing)***

Steve Burton and Bradford Anderson play the roles of Jason Morgan and Damian Spinelli on ABC’s soap opera,“General Hospital.” Fans love their unique friendship onscreen, but their real-life dynamic is perhaps even more entertaining. In addition to their successful podcast, “That’s Awesome” on Podcast One, and entertaining their legions of fans on social media, Steve and Bradford are delighted to be once again touring all over the country to the delight of GH fans
everywhere. Join them for a unique 90 minute show full of music, comedy, and Steve and Bradford hijinks!!
Bring your own camera, no autographs.

In Sugarland this Month 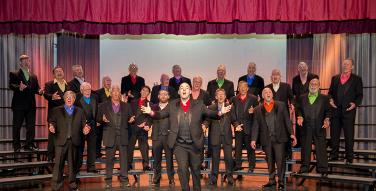 For over 75 years, Houston audiences have enjoyed the close, 4-part harmony, a cappella (barbershop style) singing of the Houston Tidelanders Chorus and Quartets. Join the men of the Tidelanders as they perform some of your favorite songs from the recent past and beyond. We are sure that you will have a good time! 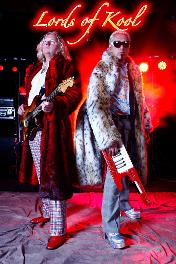 We’re takin it back in time! Grab your bell bottoms and join us in the Plaza (Sugarland Town Square) to enjoy Houston-based party band Lords of Kool for some fun sounds featuring Disco and other dance hits. The band is led by the indefatigable vocalist/keyboardist Miltonio, who has shared the stage with George Clinton, Stevie Wonder, and many other major artists

Join us for a tribute series that will make you feel like you’re watching the real deal! Nightbird captures the fire, energy, and spirit of Fleetwood Mac and Stevie Nicks with their spot-on tribute performances. Wowing audiences across Texas and Louisiana for the last 8 years, they are multiple-year recipients of Best Tribute Band nominations in the Houston Press Music Awards. Lead vocalist Brooke Alyson not only sounds like, but bears an uncanny resemblance to Stevie Nicks. “Like Stevie, I try to take you away to a little fantasy world for a while, and simply keep the dream alive that she began,” says Alyson. “If I can do that, I’ve done my job.” It’s a job that Brooke Alyson and Nightbird band do exceptionally well.