The Price Is Right - Live Stage Show Tickets via ticketliquidator.com

The Price Is Right Live™ is the hit interactive stage show that gives eligible individuals the chance to hear their names called and "Come On Down" to win. Prizes may include appliances, vacations and possibly a new car! 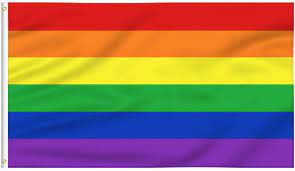 Play classic games just like on television's longest running and most popular game show…from Plinko™ to Cliffhangers™ to The Big Wheel™ and even the fabulous Showcase.

Playing to near sold-out audiences for more than 14 years, the Price Is Right Live™ has entertained millions of guests and given away more than 12 million dollars in cash and prizes.

This weekend in Houston as the rodeo weekends continue its digital media music star Marshello taking the stage at 8:45 PM.

Nicki Swift.com last year in May reported, "The mysterious DJ Marshmello rose to fame concealing his identity and releasing hit songs like "Friends," "Happier," and "Alone." During gigs and public appearances, the DJ is best known for wearing a big marshmallow helmet on his head. In 2017, Forbes revealed his identity as Christopher Comstock, a DJ who also performs under the name Dotcom. But before that, no one knew who he was for years. Marshmello even used the opportunity to play pranks on the public."

This weekend its Dream Theater in concert at LiveNation's Bayou Music Center.

Originally named Majesty by Berklee College of Music students John Petrucci, bassist John Myung, and drummer Mike Portnoy, the band soon expanded with the addition of keyboard player Kevin Moore and vocalist Chris Collins. Releasing an eight-tune demo, Majesty Demo, as Majesty, the group sold 1,000 copies within six months. The departure of Collins in late 1986 left Majesty without a vocalist, and after a long period of auditioning possible replacements, the group settled on Charlie Dominici in November 1987.

Changing its name, the group agreed on “Dream Theater,” inspired by a now-demolished California movie theater. Signing with Mechanic Records, the group began working on its first full-length album. Delays caused by label mismanagement limited the group to performing at small clubs and bars. Frustrated by its experiences with the label,

Singer/songwriter, Brad Paisley makes his way back to the Bayou City and this year's Houston Livestock Show and Rodeo. Paisley has been going strong on the country music charts since he began his musical career back in 1998. Paisley's music journey has been recognized along the way with three GRAMMYs, two American Music Awards, 14 Academy of Country Music Awards and 14 Country Music Association Awards (including Entertainer of the Year), among many others.

Comedian David Arnold makes his way to the Bayou City this weekend performing at The Improv in northwest Houston.

Arnold has been doing stand-up for years, but is know for his genus comedy writing for television. Arnold served as writer/producer for the Netflix series Fuller House. Arnold has written episodes of several comedy shows, including Meet the Browns (TBS), The Rickey Smiley Show (TV One), Raising Whitley (OWN), Tyler Perry's House of Payne (TBS), and The Tony Rock Project (MyNetworkTV). In 2021, Arnold created the Nickelodeon show That Girl Lay Lay and serves as showrunner for the series. Arnold appeared in several television series including Meet the Browns, A Series of Unfortunate People and The Tony Rock Project.

Arnold has his own stand-up comedy special on Netflix, David A. Arnold: Fat Ballerina.

R&B, Hip Hop and Pop music star Chris Brown makes his way to the Bayou City this weekend in his One Night Only tour. Brown will be joined by Grammy Award-winning Multi-platinum Artist, Monica.

Brown over the years has has notoriety and controversy during his career. The hip hop star has sold over 140 million records worldwide, making him one of the world's best-selling music artists. Throughout his career, Brown has won several awards, including a Grammy Award, 15 BET Awards, 4 Billboard Music Awards, and 6 Soul Train Music Awards. According to Billboard, Brown has the seventh most Hot 100 entries on the chart with 93.