With her new album "On My Own", Lynn has emerged not only with a clear vision of herself, but with an entirely self-propelled breakthrough: Lynn wrote, sang, produced and recorded On "My Own" alone. She also played every single instrument on the record. It is a magnificent album, haunting and wild. It is also a record that no one else could make, because no one else is Lera Lynn. “I think there is something special about a singular vision,” Lynn says. “That’s not to say there’s not something special about a shared vision, a collaborative vision. But I would be so thrilled to hear records made in isolation by my favorite artists, just to know what their uninfluenced vision of their music is.” She pauses, then adds, “I guess I just wanted to hear what my own imagination sounded like.”

How do you write love songs when you’re heartbroken? How do you sing about hope and passion when yours is lost? How do you finish an album when the relationship that inspired it has ended?

During the Summer of 2017, David Ramirez had fallen in love with a woman who, despite having only just met, felt incredibly familiar to him. There was a scary but comfortable feeling of deja vu within their moments together. “In past relationships, no matter how eager I was to feel loved and to give love, there had always been a hesitation to crawl out of my old life. I didn’t feel this with her,” he recollec

Note: The venue is reporting this event is sold out. Tickets are available at third party re-sale outlets.

Brothers Joel and Luke known as For King & Country have been performing their hard-hitting rendition of “Little Drummer Boy” in their concerts for years this weekend the duo will be at Houston's Toyota Center.

The two recently spoke to Nancy Kruh of People.com,"It's very basic," Joel Smallbone, 36, tells PEOPLE, explaining how he and his brother cracked the "Little Drummer Boy" code. "This is a song about a boy who's playing a drum for Jesus. And here we are, seven guys [in the band] playing a load of drums. Why didn't Bing Crosby or Frank Sinatra ever think of this? We just feel like these slightly dumb, very obvious Australian fellows who did something that, for whatever reason, no one ever thought of."

Adds Luke Smallbone, 34: "It was just the lowest hanging fruit of all time, that nobody had put drums on the 'Little Drummer Boy.' And we were just there at the right height."

Indeed, typical interpretations tend toward the solemn side that, to many ears, brings out the tedium of the melody and "pa-rum-pum-pum-pums." But with a driving beat, soaring vocals, and most of all, a pounding array of percussive instruments, the Smallbones' version verges on the ecstatic.

Last year, it was the breakout performance on the CMA Country Christmas special — going on to become a YouTube sensation (with 3.4 million views). The Aussie natives, who are based in Nashville, are now riding the wave with their newly released A Drummer Boy Christmas album and ongoing "A Drummer Boy Drive-In" Christmas tour, and they're set to perform the song on Christmas day on ABC's Good Morning America." (Read more at People.com Click Here)

SIGGNO has been around for almost 15 years, a group whose freshness continues to this day.

This weekend Siggno with Sólido and Chris Pérez is at the Arena Theatre with their "ReconeXion Tour XXI".

Florida, SIGGNO is characterized by being a musical group that exudes originality both in its musical proposal and in its image.

His first production, titled “Al Principio,” quickly caught on with audiences throughout Texas, and opened the doors to the music industry for them. In 2002, SIGGNO recorded their second album, “Por amor”, and it became a watershed in the career of this young band, as it earned them the highest recognition that any musician could wish for in the American Union: his nomination for the prestigious Grammy Award. 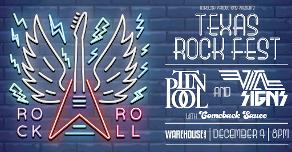 The Symphony’s popular Holiday Family Concert returns! Delight in the magic of the holiday season and treat your family to a morning of musical fun they’ll remember for years to come as Music Director Andrés Orozco-Estrada leads treasured selections from The Nutcracker, plus other holiday favorites. Presented in a casual, family-friendly setting, this 50-minute concert will have your little ones picturing sugar plums and sparkling snowflakes, and comes complete with fun interactive activities and a visit from Santa himself!

Houston's Symphony look forward to celebrating the enchanting music of Tchaikovsky in this performance! Please note that dancers are not a part of this concert experience.

Safety guidelines for Family Series Concerts: To prioritize your health and safety, December’s concert will be socially distanced, and masks will be required for guests ages 4 and up. In addition to the in-hall experience, livestream tickets for December will also be available. Live stream tickets (Click Here)

To celebrate the holidays, Andrés Orozco-Estrada and the orchestra share music from Tchaikovsky’s iconic Nutcracker score, this weekend at Jones Hall for the Performing arts.

The performances will include Gil Shaham described as one of the foremost violinists of our time, also Principal Bass, Robin Kesselman was appointed principal bass by the Orchestra's Music Director Andrés Orozco-Estrada in 2014. And local news anchor Gina Gaston of ABC 13 will serve a narrator for the performances. The symphony would like for everyone to know dancers are not a part of this concert experience.

Dickens on The Strand
on Galveston Island

Gifting isn't always easy. You have to consider what the recipient wants, needs, and might use, but you also have to think about the message that you’re sending. Giving the gift of wine-related accessories sets the right mood for a party. After all, wine is decadent, indulgent, interesting, and fun. The gifts on the list below manage to bring excitement to the wine lover in your life.

Williams bio reads he has been making people laugh his entire life and is the author of “From The Foster House to The White House” relating to his incredible journey growing up without a home and achieving the American Dream.

Terrence was born and raised in Oklahoma City, where he spent the first fifteen years of his life growing up in the foster care system. During one lunch break Terrence decided to post a video on Facebook and a star was born – The next day he had over forty two million views.

The show also features Steve "Mudflap" McGrew, who uses the moniker, the "hellbent hillbilly". The show, "Laugh at Your Own Risk" is hosted by Houston's very own, Chingo Bling!

This weekend he is at Scout Bar with Chutes McGoo, Face, Big Baby, Byrd the Ghost, NevaFold, Po$ter Child and Macho.

Grammy Recording Academy Saxophonist Chris Mitchell this weekend at the Hobby Center in Zilkha Hall, delivers renditions of Christmas classics. This includes, White Christmas and Let It Snow, along with fan favorites from all six of his albums.

The Chris Mitchell Experience, brought him "breakthrough recognition" in 2013. Chris's main instrument is the soprano saxophone, but he also plays the alto and tenor saxophone and the guitar on occasion.